Photo article: Back to the Greek Hovel -it's all so green, where are the snakes?

Since most of us visit Greece only at the height of summer, the pictures we have in our mind are of a country with grass burned brown by days of seemingly endless sunshine. But as we move into mid may the land around the Greek Hovel here in the Mani is almost Alpine, a lush green dotted with the pinks, whites, yellows and purples of a sea of flowers. 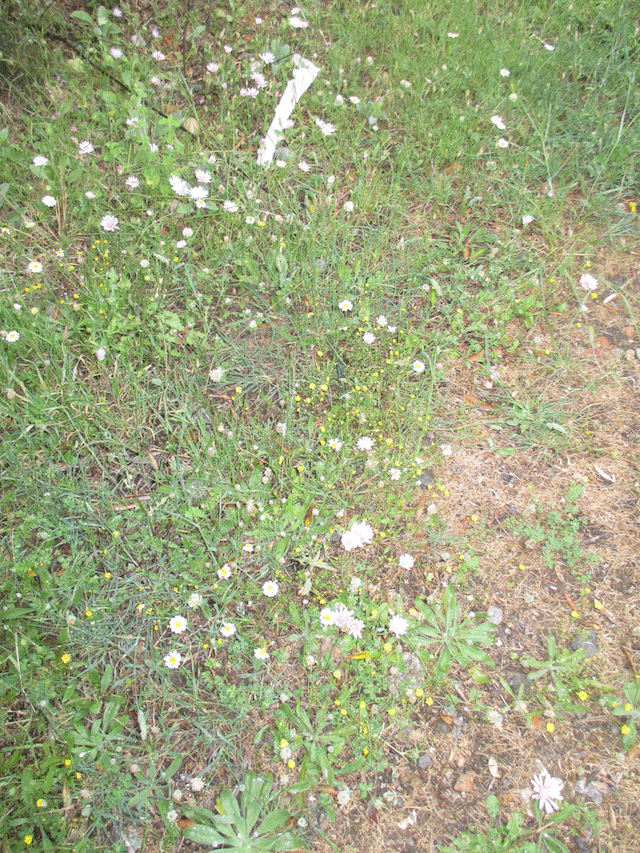 And the sun is not shining. As you prepare for summer barbecues back in Britain, pity me here dodging the rain showers. The skies are grey except over the Taegessus mountains where black storm clouds gather. It is not exactly T-shirt weather and the waters in the deeper parts of the dry river that lies between the hovel and the village of Kambos, tell a take of recent storms as well as the melting of the final snows on the mountains behind us. 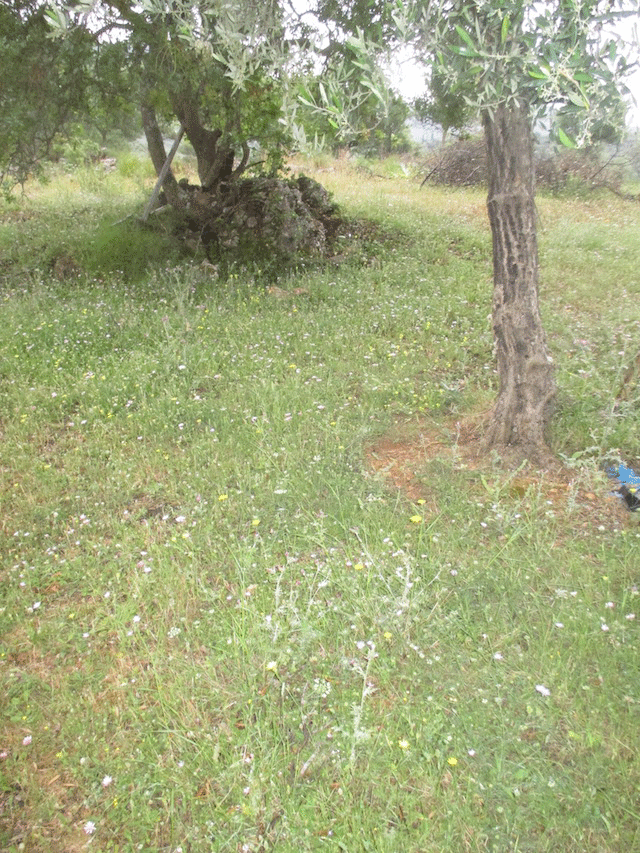 I am not sure if this means that the snakes are still hibernating. There is no point asking the people in village since they know my fears and delight in them in a friendly sort of way. They will thus be full of tales of how it has been a record snake harvest and how the fields are teeming with them. Whether the snakes are out to play or not, I am taking no chances and shall not be moving in until I have bought and deployed cans of snake repellent as well as rat poison and given them a day or so to take effect.

My preliminary inspection of the hovel today showed little in the way of wildlife diversity but you never know. As I strolled through the olive groves up at the hovel the only brown was the frigana I poisoned last summer. Here and there the accursed plant is making a comeback but not for long. Into battle I go tomorrow on a regime of hard manual labour designed to ready the house and land for rebuilding and to shed a few pounds as well. 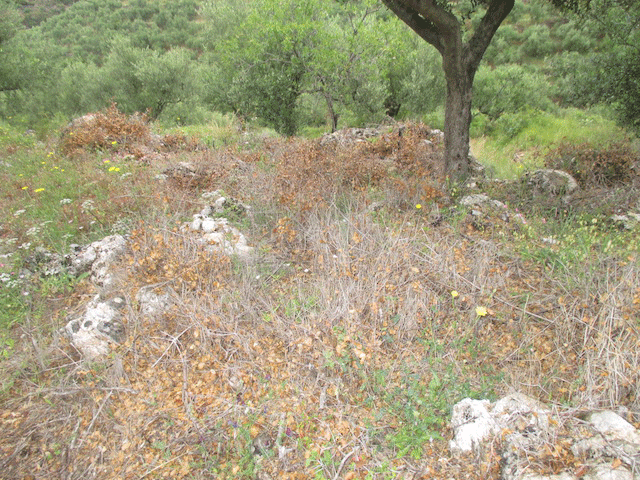 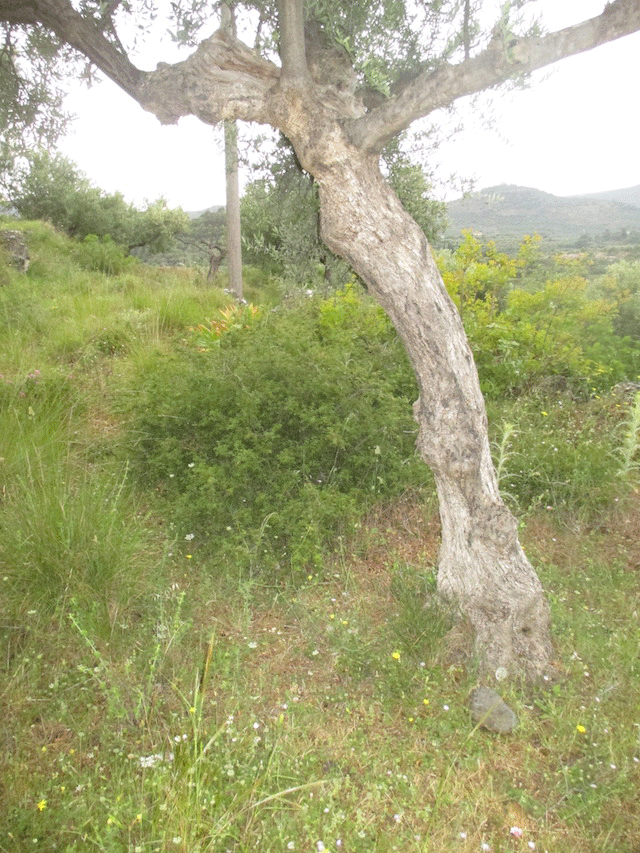 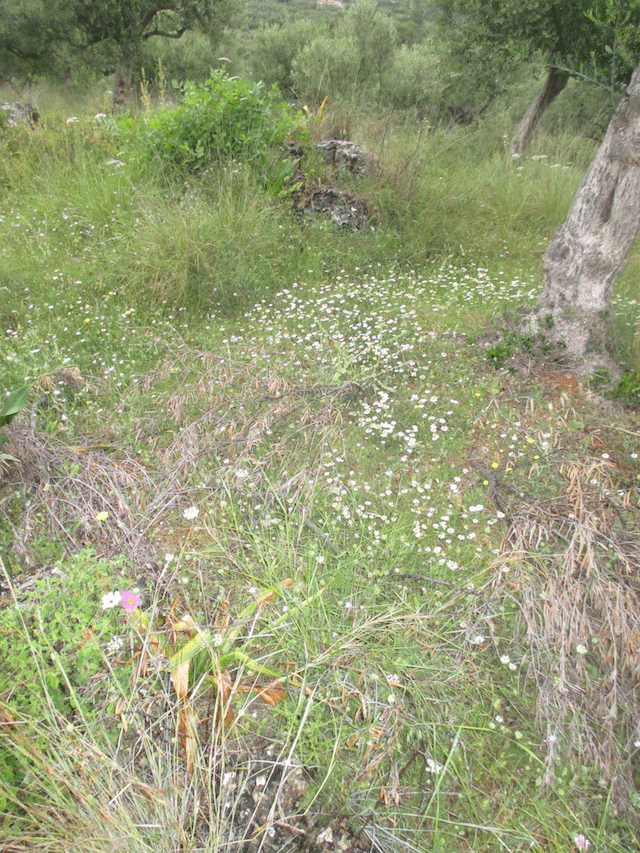 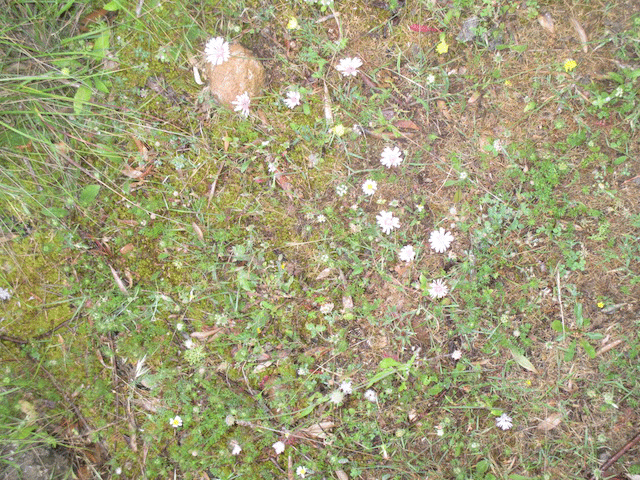