Photo Article: My father and I both vote on Brexit, he is a traitor

I mentioned earlier today in my bearcast that my grandfather, Sir John Winnifrith, campaigned in 1975 for the out camp but his son, my father, will have caused some grave spinning as he has voted the wrong way. Meeting in Shipston on Stour earlier he wanted to show me his ballot paper ( he has a postal vote). I replied so I shall fill in mine in front of you then. And I did as you can see below. 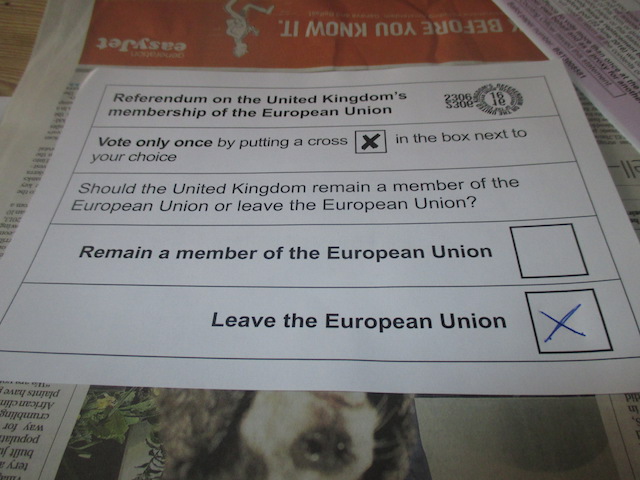 I initially put my cross in blue ink but then noticed something about how I had to complete part of the form in black.That's racist innit?

My father said he voted in blue but it is not the IN votes that will b e discarded on "technicalities" in the banana Republic that its Dodgy Dave Cameron's UK, it is votes like mine. So I went over my blue cross with a black pen.

My ballot paper is now in an envelope as is that of my father. Neither trusts thre other to post both so we shall post our own. It is just possible that my father may have enclosed a donation to the Alzheimer's Society in his ballot envelope while sending his yes vote off to his favoured charity. Such mix-ups have happened before. Here's hoping. 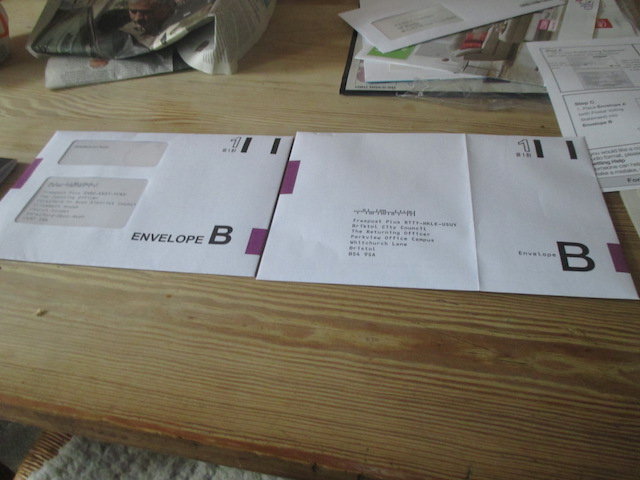