Photo article: So what is olive pruning you say?

For the reasons explained in the Tomograph and bearcast I sense that my visit here will be cut short and thus there is a mad scramble to complete my olive pruning. I had reckoned that I had three days work left. I blitzed it today, doing two sessions in which I worked till I felt feint and I think I am now just a day from completion.

It is hot and after each session as I trudge slowly back to the Greek Hovel, for the last trees are in the far reaches of our land, my mouth is parched and my limbs ache. I arrive back and dive for the little tap on the side of the house which is where we get all our water from here. I splash it on sweating arms and my face. I gulp greedily. I am drinking pints of water now to replace the sweat that has poured into my T-shirts and long black jeans.

Given what lives in the long grass and bushes that surround the trees, this is not a place to wander around in shorts.

When walking between trees and pruning I always have half an eye on what may be watching me.

My tools you have seen before. 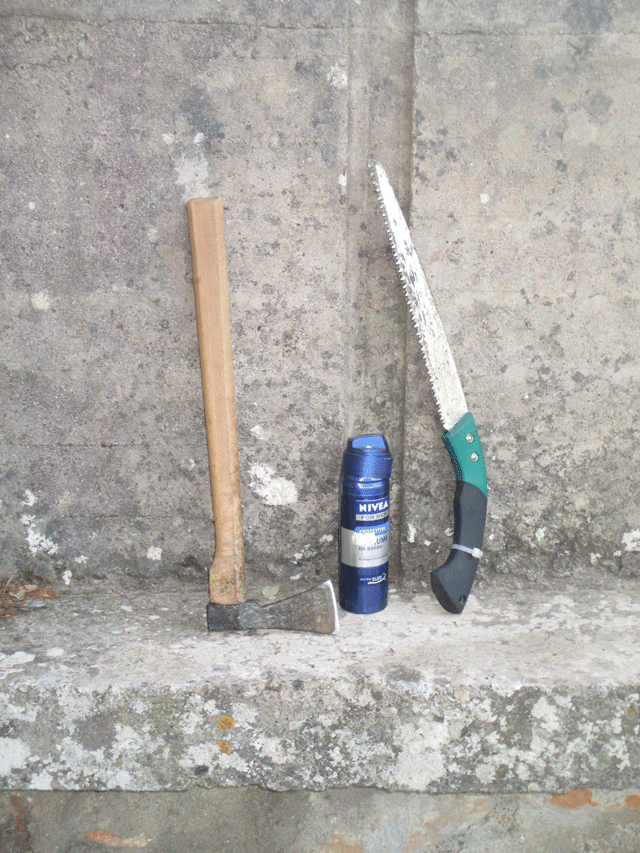 As I prune, I thank the Lord that at Byfield Primary School back in 1973, teachers with a Victorian mindset, forced me to stop writing with my left hand and to use my right. It means that I can do certain things with both hands such as hold a squash racket or, more importantly, use either axe or saw.

The point of pruning, I think, is to remove any twig, shoot or branch that has zero chance of bearing fruit or which has so few fruit that it is very low yield. I admit that I would not bet the ranch on calling every branch right but the Shepherd has inspected my work and reckons its okay.

Some of the slashing is at the base of the tree where new shoots are coming up. that is axe work. You see some such shoots below. 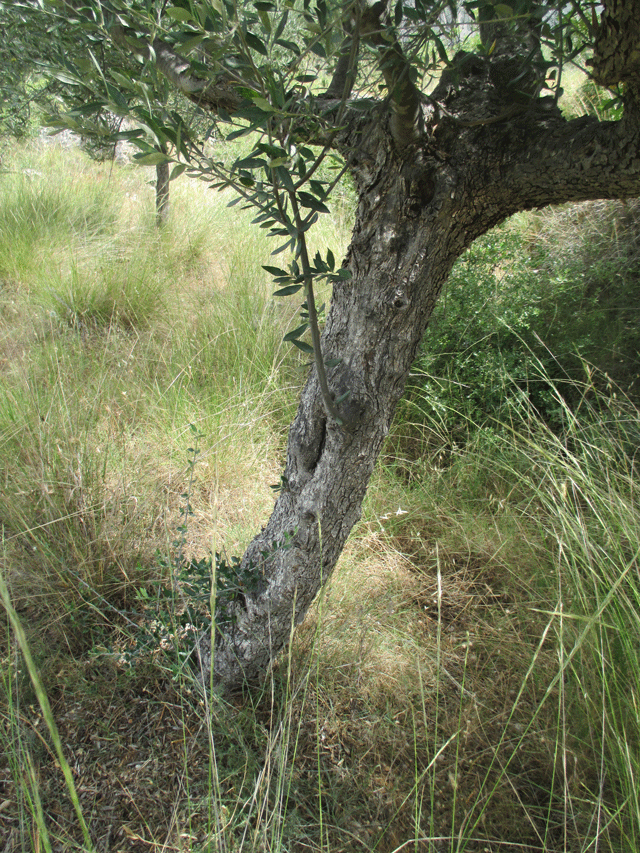 Most is up in the branches. Sometimes it is just a young shoot, other times a large branch with just one or a few tiny olives which must be sawed off. Water and nutrients are rare here (despite my efforts) and so all goodness must be pushed to the most productive olive bearing branches. 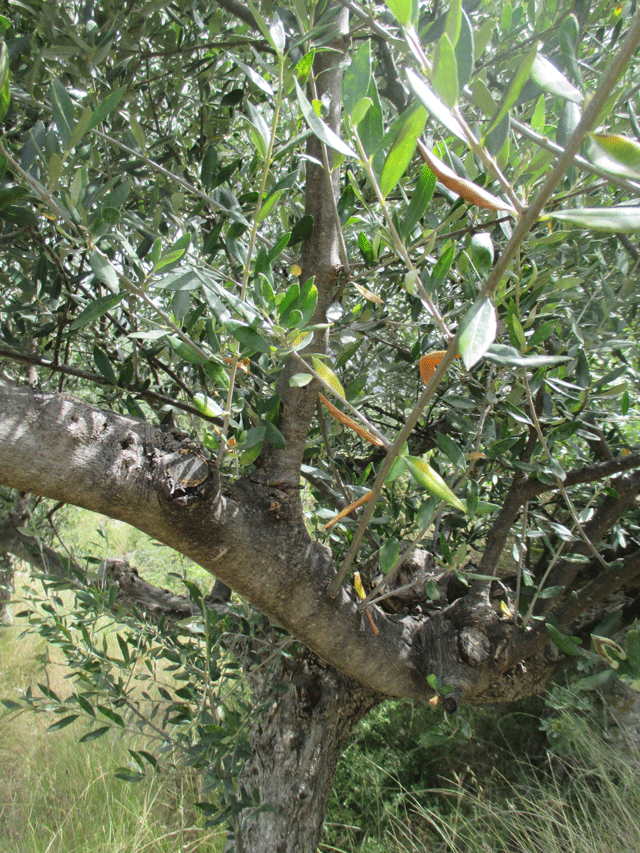 And when it is all done there is a mass of branches, leaves and twigs on the floor. he Shepherd's sheep love them and view them as a real treat. He should be up with his flock shortly. 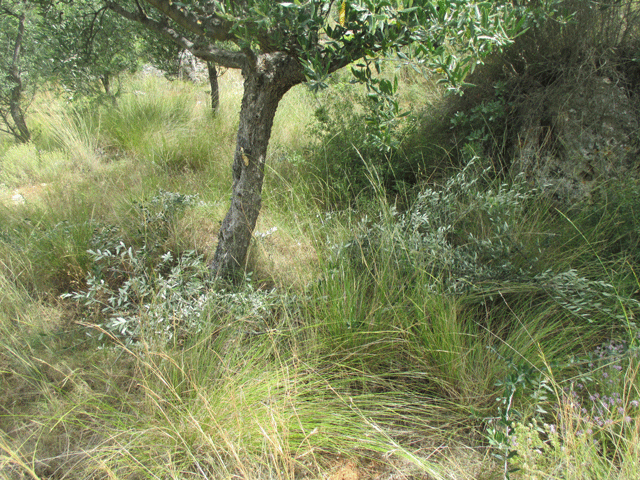 But the trees I prune today are ones in the far reaches so I am not sure the sheep will find them. I know they were not pruned last year. My suspicion is that in some cases it has been several years since they were pruned or even harvested.They are often surrounded by tall grass, frigana and other bushes. To reach them one must clamber over rocks. I just know this is snake territory. But I battle on.

ETA completion - Monday night. And for a bloke who normally sits behind a desk all day that is quite a feat. I will feel good about myself as that last branch is lopped off.