I noted in my culinary bible that is a Darina Allen tome a recipe for summer pudding without raspberries. Darina uses cake as her padding I stick with the traditional white bread. Armed with the last of the blackcurrants from Shipston as well as the last of the dessert gooseberries I started to improvise. Having cooked both fruit until they popped in sugar water the overwhelming taste was blackcurrant. The juice was like concentrated ribena. But cripes there was not enough mixture for both bowls.

Improvisation two: rhubarb cooked until it was utterly soft in the remaining concentrated blackcurrant juice. Perfect. The result is below and with lashings of cream it was just awesome.You could taste both rhubarb and blackcurrant, the gooseberry had been overwhelmed but blackcurrant was dominant. A new dish and a great one. 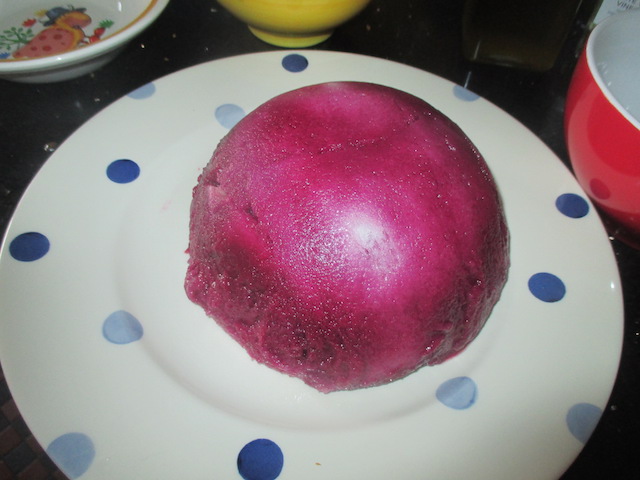