The eco-loon climate change fanatics at the BBC are on a roll with the statement that the world's temperature in 2016 will be "the warmest since records began." In fact they are on such a roll they are again talking about global warming rather than climate change. But as they, again, warn that the arctic ice is disappearing there are a few inconvenient truths.

Of course "since records began" is not very long on a global scale and it is clear that the world in 2016 will be a lot cooler than it was during the medieval warm period which was before coal fired power stations. On that basis can anyone still demonstrate beyond doubt that we are seeing "man made climate change".

But there are other problems. Here are two charts. The first shows that so far this winter ice growth has been well above the 1990-2015 average. As it happens so too was last year but this year is really looking like being a record year with 3.5 tonnes of ice being added every day. 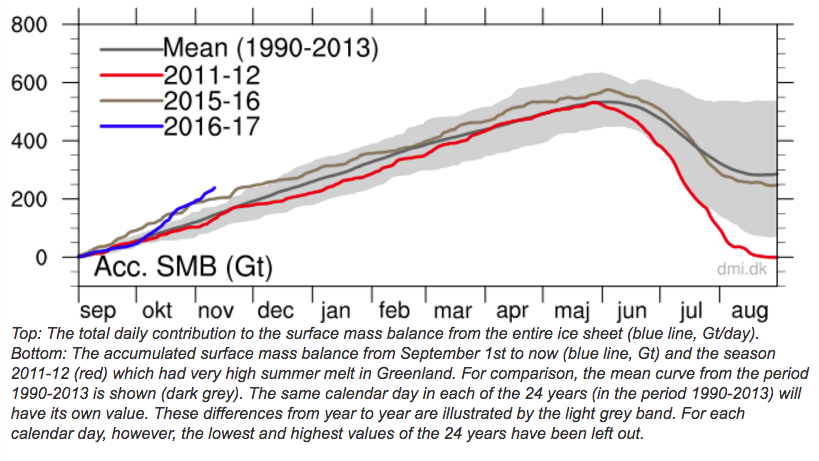 And here is another chart showing that with El Nino complete ands having spooked temperature patters for most of 2016 showing that it is God not carbon emissions driving the warmer weather, global land temperatures are now cooling at a rate not seen since the seventies.

The fraudsters who are making a killing from the climate change scam and their propagandists in the liberal media insist that we must all act to stop the world heating up and the ice melting. But the facts, the hard facts, show this is just a con.

Over to Donald Trump to send packing these liberal  establishment scammers make themselves rich while lumbering the 99% with job destroying taxes.

Now when do you think the BBC will start to report what is actually happening in Greenland? 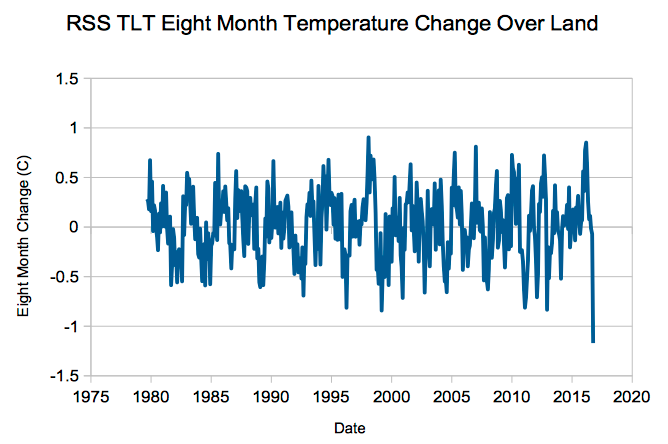