I once dated a woman who, it turned out, was a holocaust denier. That is to say she started to argue that the numbers had been greatly exaggerated. I ended that relationship on the spot. The problem is that you cannot argue with a denier.

What is a fact? It is something that has happened. I hope that we would all agree that 11 million folks including 6 million Jews were exterminated by the Nazis. can we prove it? That, of course, is the subject of the new film "Denial" which I will be watching next week. One can demonstrate that there were gas chambers at places such as Auschwitz or Treblinka. One can show the testimony of survivors or even of camp guards - there was a fascinating interview on TV with one such man which I watched the other day. There are archived record with exact numbers of those who were exterminated, where they came from and when they died. Say what you like about the Nazis but they kept great records.

For me that is enough and I am pretty sure that 99.9% of those reading this would agree. But there are some folks who are prepared to ignore all the evidence as just some great big Jewish plot. Can I prove to such folks that the holocaust took place? I cannot. Such folks live in a world of alternative facts.

If one lives in the world of real facts then the idea of "never again" is in ones DNA. Never again does not only mean never again must the Jews face such a wipeout, it means never again can man act in such a way. Yet I fear man's capacity to do just that.

Part of the problem is the willingness of certain sections to brand almost any act which they disapprove of as genocide or even a holocaust. Oddly it is the state of Israel which appears most often to find itself accused of genocide, albeit by people whose views are ugly and distorted. Israel does not always act on the side of the Angels but it has clearly not committed genocide although many of those from whom it must defend itself do wish to commit genocide. But the word genocide has become trivialised by over-use as will as mis-use.

The level of anti-semitism in Europe is at a level not seen since the 1930s. We see this in physical attacks, desecration of synagogues and in the way that people are allowed to get away with some quite appalling remarks as if this form of racism is acceptable. The quotes of former MPs David Ward, Ken Livingstone and the ghastly suicide bomber endorsing Jenny Tonge, are just appalling yet they act as if this form of racism does not matter. It does.

But there are other minorities under attack. Christians in the parts of Syria controlled either by ISIS or by the islamofascists supported by Britain and America face a daily threat of death. In Europe Moslems face varying degrees of harassment en masse because of the actions of a few of their number. In many ways they are the new Jews.

I reflected on that theme and on the holocaust in a video I recorded in Berlin a couple of years ago which you can watch HERE.

On this day I think of people such as my daughter's god parents Joe Levy and Iska Alter. The former escaped from Corfu in his mother's stomach as I remembered here. The latter's mother and father left Poland in the 1930s for America. Dozens of uncles, aunts and cousins stayed behind and were all murdered. I reflect on the author Janos Nieri - father of my father's godson Daniel - who survided life in the Budapest ghetto and who then fought the Soviets in 1956 before finding sanctury in the West. Janos was a wonderful man who really understood what liberty actually means.

Pro tem, on Holocaust Memorial Day, a candle burns in our house all day. Never again. 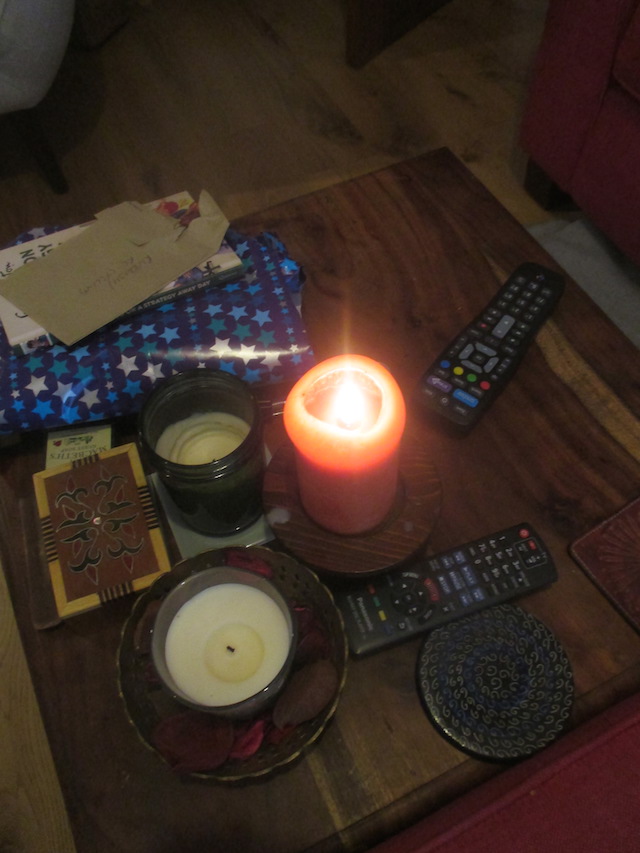