The pizza Hard man Darren Atwater says that my pancakes look all wrong. That is because he is from Canada so wants big fat fluffy pancakes drowning in maple syrup which is how the folks of North America aim to take obesity rates all the way up to 100%. Back in the old world we prefer thin crepes which can be tossed in the pan.

As I nipped out to buy a lemon I saw the local shop was selling ready made pancake mix. FFS some folks are so unbelievably lazy. I bet the pack mixture contains stacks of chemicals and sugars and it is just so easy to make batter yourself. Two eggs, 200 ml milk, 75ml water, 4 oz flour, a pinch of salt and 1 oz melted butter and 10 minutes left a batter with a perfect consistency which made six large pancakes for the Mrs and I - three each. The one below is only at the start of cooking before anyone complains 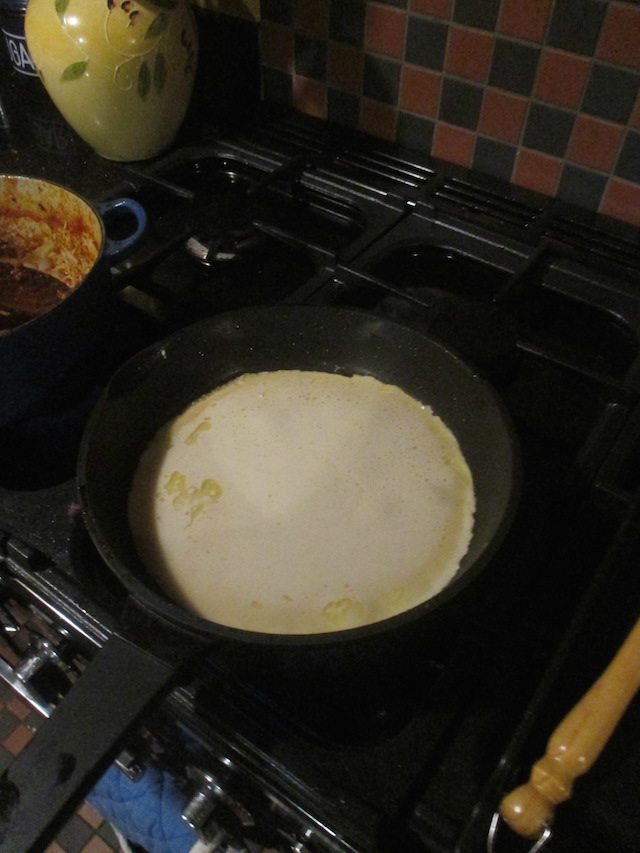 The first four were savoury - the remains of last night's bolognese, avocado and cheese. Then folded. 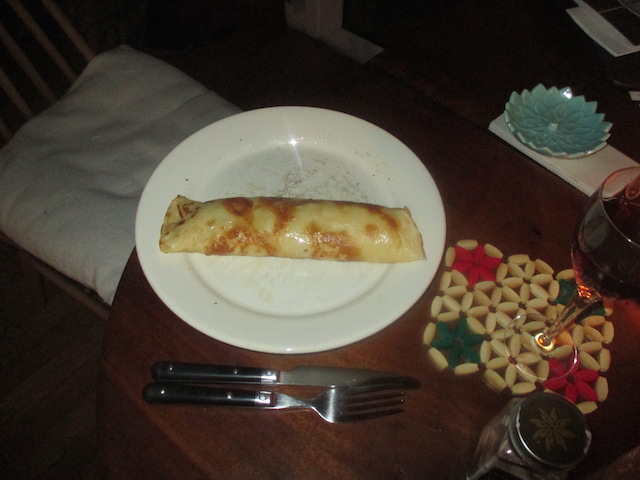 For the pudding banana with a touch of maple syrup on one bit and sugar and lemon on the other. I prefer our old world ways but tried a bit of both. 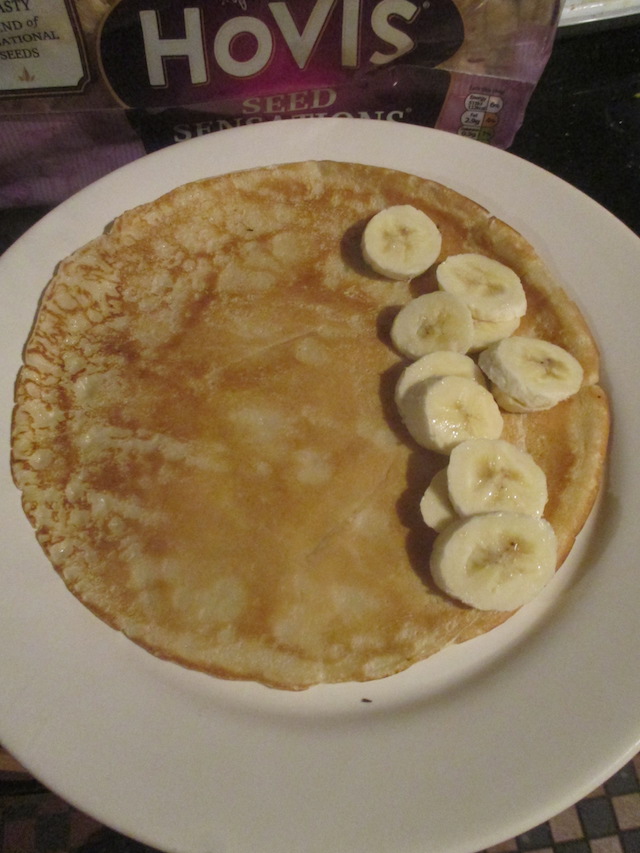 It really is so easy and flipping the pancakes in the pan is fun and a chance to show off to the Mrs. Next year my son Joshua - who will start weaning in a few weeks - will get involved in the day. And his old man is a bit of a Master Chef after all.

And now it is Lent. What shall I give up. My daughter's Godfather Joe Levy always said that as part of his Judaism for passover he gave up bacon. How to trump that devotion I wonder?