Photo Article - Rebuilding work at the Greek Hovel: farewell the loo that did not work

Boy the Greek Albanians are cracking on. Whilst I got on with a spot of olive pruning they polished off work on the snake veranda and then turned to the other side of the house, the one that faces across the valley to the deserted convent. On this side the previous owner had built (without any permit at all) a concrete platform leading out of the first floor, some precarious iron steps which once upon a time reached the roof and, underneath the platform, an outside toilet that did not flush and smelled terrible if you were mad enough to open its door. 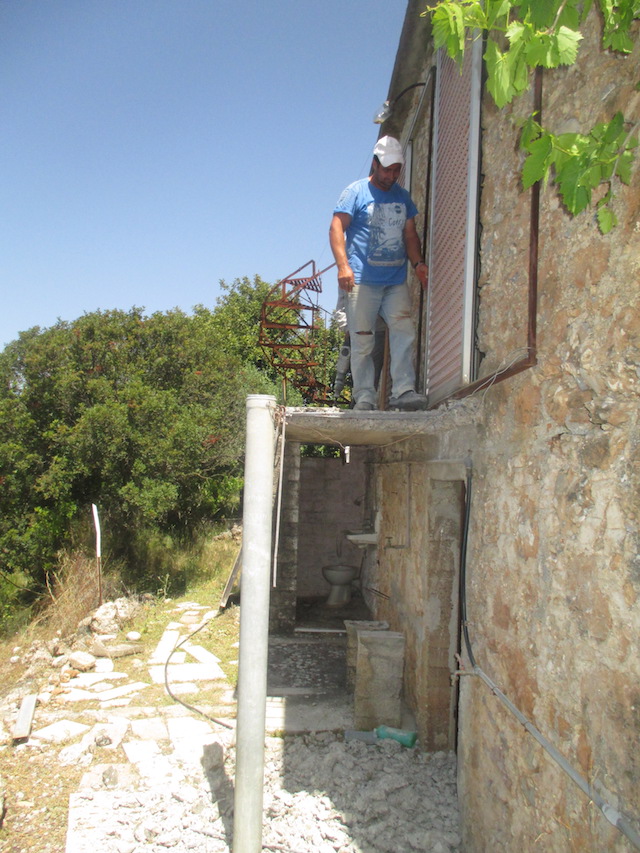 Of course we needed a permit to demolish this as well but with that now obtained the team set to work. And, as you can see, before you could say Greek Albanian the whole lot was disappearing at a rate of knots. Incidentally the door you can see at ground level is the entrance to the bat room. Digging out its earth and rock floor is on the agenda for next week. The bats, are currently in residence but not for long. 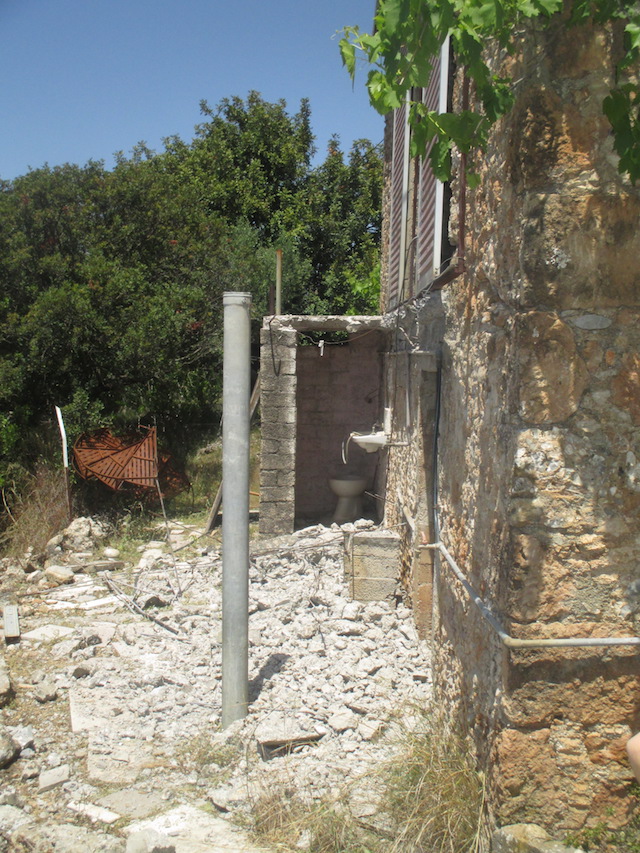 The next job is to hand demolish the ruin 400 yards from the main property to bring back the stones to we will use to double the size of the hovel when planning permission finally arrives. I can carry stones and will take part, notwithstanding the fact that I have encountered a snake several times at the old ruin. But as long as the Albanians lead the way, I am up for playing my part. Several steps behind them.