Photo Article: Back in Kardamili with the Mrs - More global warming and mixed feelings

As I tap out a few words on my laptop next to the bright blue sea it is about 27 degrees. It is T-shirt weather and the Mrs is forcing myself and Joshua to go for a swim in an unheated pool a bit later. It is hot here in Kardamili. But as you can see in the two photos below, in the higher points of the taygetos mountains behind us, the last remnants of the winter snow still cling on. These are not the highest points of the range but Al Gore would be mortified to see global warming still on the ground in the sourthnmost part of Europe in May. The computer models, global warming nutjobs like George Monbiot and the entire population of Canada, plus 99% of peer group approved scientists all predicted desertification not this. 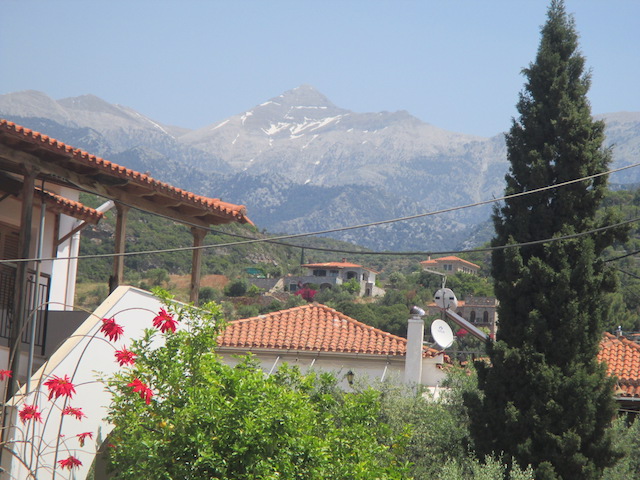 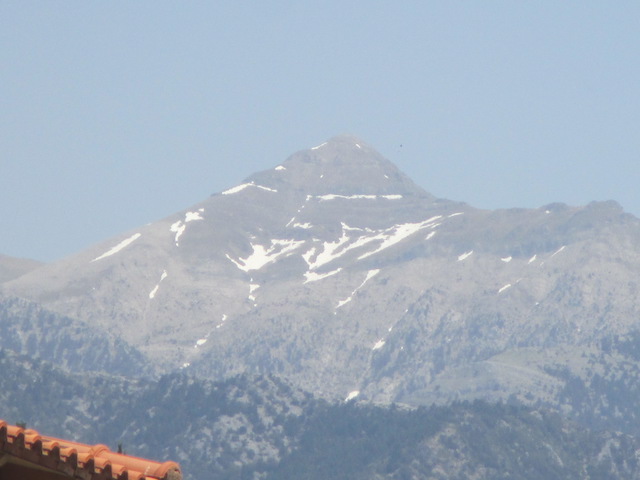 I have mixed feelings about being back here. I have bad memories of this town, such as when I was carted off to the police station by a bent cop.  Those memories don't go away.

It is also Islington by the Sea. Partly because it was home to Paddy Leigh Fermor and partly becuase it is just incredibly pretty, this place is swamped with middle class Brits. You might say "like you" but they are not. Next year they will be in Tuscany. Perhaps Provence thereafter. Or maybe a summer in the Hamptons. I have overheard dinner conversations here about "the Triangulation of New Labour" and comparing the olive oil to that from our place in Tuscany."

Kardamili has only a pebble beach and it is away from the heart of town. So it is not a place for families. And so my fellow visitors tend to be older then me and guardian reading tossers from Islington. Right now, most folks here are actually Norwegian as next week is the Norwegian jazz festival, but, if anything they are even older than the Guardianistas.

Having all these affluent tourists without any kids means that this town has some nice restaurants. But you pay for that through the nose. Yes we can afford it but I am happer with the simpler and much cheaper food up at the Kourounis taverna or Miranda's in Kambos. Kambos is a Greek village with no tourists. Its population is pretty much unchanged at 536 all year round. Kardamili might have three or four times that many people here in July or August but in December it has fewer folks than my home village. It lives for those Guardinista tourists.

Its beauty, the Leigh Fermor link, the food and the views make me happy enough but I'm sure that by the weekend I shall be going stir crazy. I have been given a day release tomorrow to go work up at the Greek Hovel which will be a treat. But my longing is to be back in Kambos full time. Indeed, as the Mrs plans two days with her sister's in laws, the folks who taught me goat milking, I am threatening to stay up at the hovel for a couple of nights just to see what it is like.