The fascism of the Corbynistas - newspaper burning on election day, what next book burning?

In the 1930s Nazi Germany organised the burning of books that the State considered degenerate. The state, or rather the party, got to decide what everyone else should read. Back then the British left stood for free speech. How that has changed.

I have commented before on the tyranny that afflicts our campuses across the land. Not content with trying to stop the leader of the free world from visiting the UK, lefty students have successfully stopped folks including Germaine Greer and even the saintly Peter Tatchell from speaking because they have offended some snowflake mores.

And so today, as is normal on election day, the right wing tabloids went to town on Labour with front page spreads which made it clear that their readers should vote Tory. The central charges that Jeremy Corbyn is unfit to hold high office, has been the terrorists' pal for 35 years and that Labour economic policies would bankrupt Britain, are, at best, demonstrably true and at least worthy of debate. 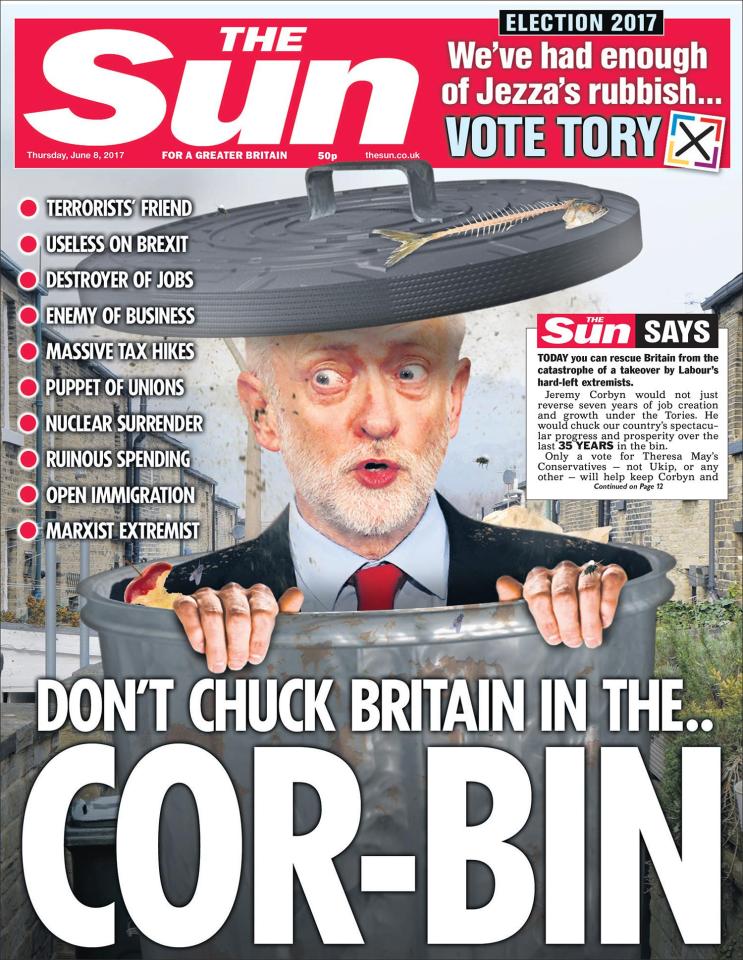 Over on social media a number of Corbynistas showed how they had taken the matter into their own hands by buying up all the copies of the Sun and the Daily Mail they could find and burning them. This was not an isolated case and thousands of free speech deniers flocked to "like" and thus publicly condone these actions. That is to say they "like" denying their fellow citizens the chance to read newspapers which push a point of view with which they disagree and applaud the act of contributing to global warming ( not that it exists) by burning the "offending" material. 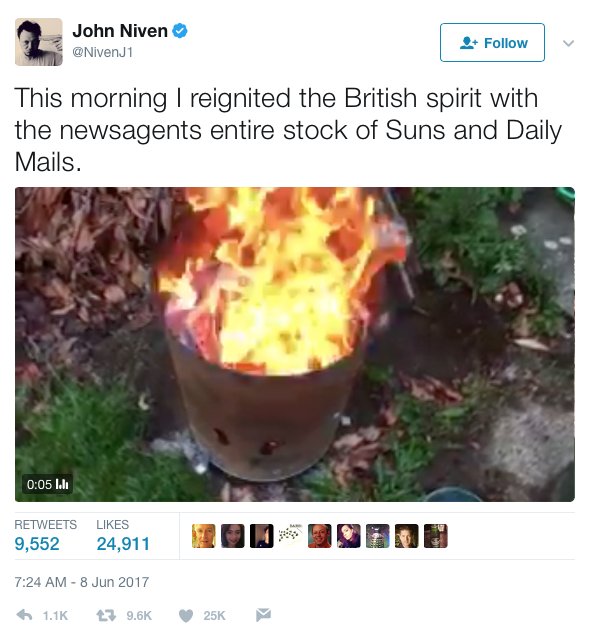 I will celebrate the demise of the loss making Guardian when it closes thanks to market forces. That is to say when folks realise what utter rubbish it peddles and stop buying it. The trend being my friend that is only a matter of time. But until it does go bust, I defend the right of the Guardian to publish its hateful rubbish because we on the right do actually believe in liberty. Sadly that is not the way of the left these days.