To be struck by lightning at the Greek Hovel once is, perhaps, understandable but twice would look like carelessness. You may remember how, six minutes into THIS PODCAST the hovel was indeed struck but I soldiered on anyway. However, I'd rather not repeat the experience.

As I started my second session of frigana slashing up at the hovel it started to rain. To be fair, the clouds in the Taygetos mountains above me, looked a tad on the ominous side. And the weather has been all over the shop for the past 24 hours. Last night I was unable to sleep and so at 3.30 AM I opened the window in my hotel which faces out over the bay of Kalamata looking towards Koroni. That is to say the part of Greece where I go to milk goats with my wife's sister's in-laws. 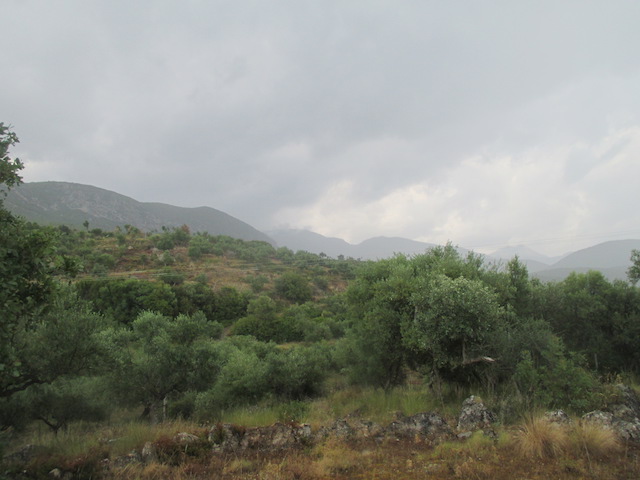 I couldn't hear thunder so the lightning must have been 15 miles or more away but it was stunning. Sheet lightning lit up the clouds in the night sky and fork lightning rained down on the poor goats. For a good quarter of an hour the power of God, of nature, had me captivated. As we sit around tweeting and playing on snapchat we humans really are insignificant little creatures.

Anyway, back to the hovel. What is a bit of rain thought I. I am a Brit after all. And it was not exactly cold so I started attacking large frigana bushes with relish. Take that you Cloudtag morons, swoosh. Take that you fucking students who want to hike my taxes so you get to study sociology and basket weaving at no cost, swoosh again.

However, after about fifteen minutes there was a massive flash of lightning and about three seconds later I heard thunder. I did my schoolboy maths and decided that a kilometre away was just a bit too close for comfort. Did I really want to carry on waving the five foot metal pole, that is my frigana cutter, in the air? As a bonus this metal pole has a full tank of two-stroke at its end.

You may think that I am a bit rash now and again but I am not that rash. I retreated to my car as quickly as I could carrying the pole not on my shoulders but as close to the ground as possible. On the way a foot long pea green lizard scuttled across my path seeking shelter for by this time it was tipping it down. A wildlife diversity sighting is normally my cue that God is telling me to stop work in the snake-fields as you never know what the next piece of wildlife diversity you will encounter will be.

As I drove back towards the village the rain really was pelting down. On snake hill there were already rivulets forming. Snake hill got its name for a good reason so I did not leave my car in taking the photo below. 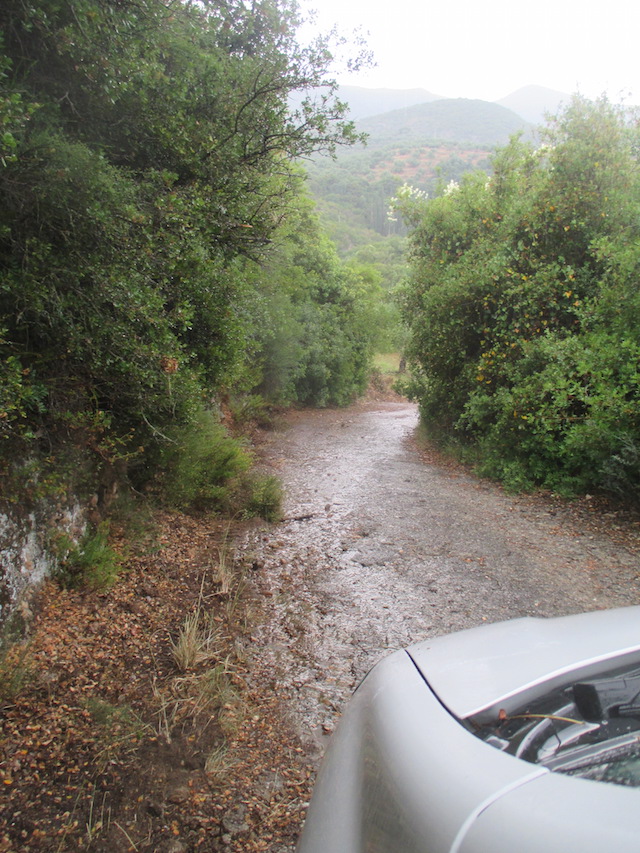 As for the last pond in the dry river? It is filling up happily. Good news for the "eels." Such is the localised nature of weather here that by the time I was back in Kalamata the roads were dry, the sun was shining and there was not a drop of rain. Kambos may be only twenty minutes drive away but as you head up into the mountains things can change very quickly indeed. 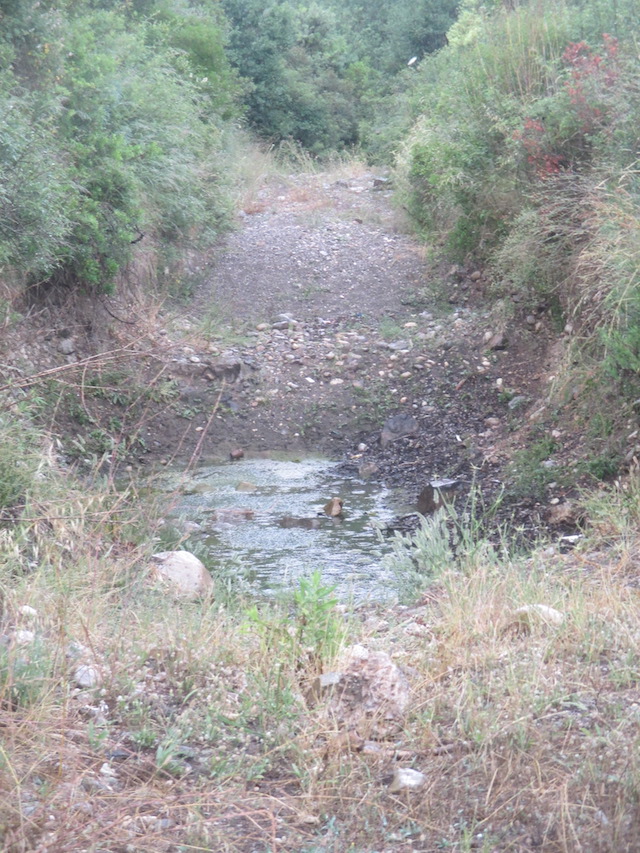