Photo Article: The Greek Hovel Olive harvest Day 1 - in for a penny in for 28.5 Euro

Having been told by George the Albanian that it was uneconomic to do a commercial harvest this year after the storms he loaned me four sacks as I said I wanted to go it alone. I had meant to start "avrio" but something made me haed up to the hovel. I think it was frustration with certain aspects of work back in the UK. It has been one of those days when I really just wanted to pack it all in and spend my life writing about life here in Kambos.

Arriving at the hovel I saw George the Architect again chatting to the builders and we discussed a couple of issues regarding the interior of the bat room and the location of a trap door. I explained that there were so few olives left on the trees that I was just going to hand pick enough to produce 15 litres of oil, my annual consumption, including presents.

I spend about an hour hand picking and managed two and a half trees. One did indeed have so few olives on it that hand picking made sense. But the others were not quite as barren as I had feared. As he strolled back to his car George asked why I was not using a paddle and a mat to bring down the olives in the traditional way. I said that there were too few to make it worthwhile and he shrugged his shoulders. But, of course, he is right. The near barren trees can be ignored. The ones with a modest harvest should be attacked in the traditional way.

So far one and a half modest trees and one near barren one have yielded a few kg of olives. A sack will hold 50 kg. After a lengthy discussion lovely Eleni and her husband Nicho agreed that one sack would yield 8-10 litres of oil so I need a sack and a half for my needs, anything else I can sell. for ouzo money.

In for a penny in for 28.5 Euro I have invested in a paddle and a mat. Tomorrow I start work in earnest. 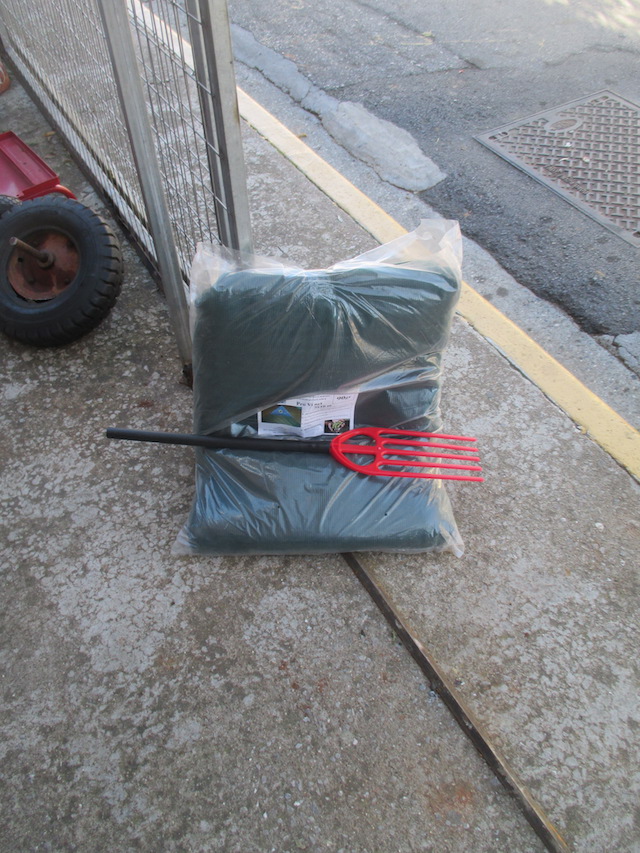