Will the BBC report the 500 Lazy Doctors in Val D'Isere scandal?

Te BBC is drowning in stories about an NHS in crisis due to a shortage of doctors and money stories. Natch it is the evil Tories who are to blame although, the inconvenient truth , is that the Tories keep on increasing NHS spending to new record levels. There are no spending cuts. Meanwhile the refuse to report the Val d'Isere scandal.

More than 500 doctors are right now in the ski resort at a conference which - as it is part of maintaining their training - they can claim from the cash strapped NHS the cost of attending. As you can see below there are no seminars during ski-ing hours.What percent of NHS workers are on holiday or training courses this week or indeed in January during peaqk flu season? Natch there is no data on that but the answer should be 0%.

The NHS knows when peak demand will be ( January and February) as that is when flu strikes. A well managed organisation would simply ban all holidays anmd training days in those two months. But the NHS is not well managed. However much cash you throw at an organisation this badly managed it will always fail, especially when it employs the sort of greedy and selfish bastard currently "training" at taxpayers expense in Val d'Isere. 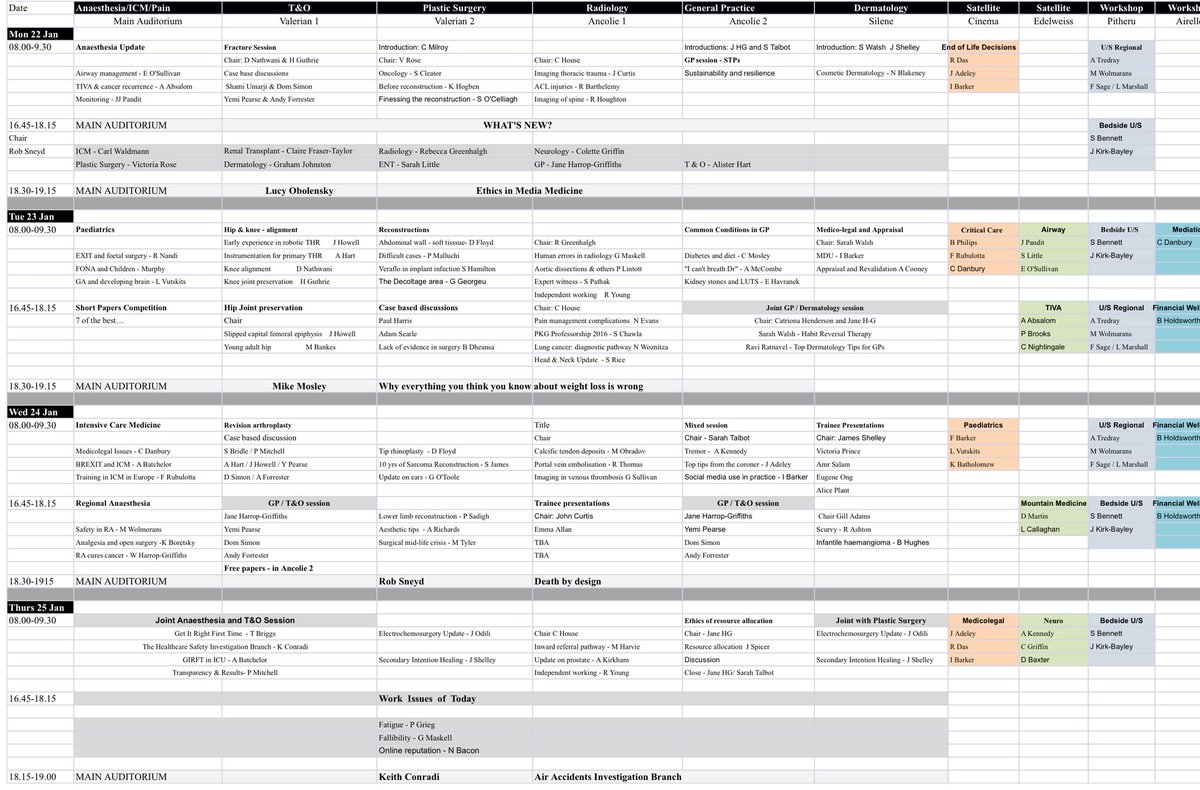