I am still a bit confused as to why it was Carnival day all on Sunday but all over Greece folks were celebrating. I watched on TV as in Naxos they paraded through the streets dressed, I think, as ghouls. Somewhere else, a name containing absolutely all those Greek letters I can't pronounce and just give up on - they were dressed as sheep or was it goats, but they had bells on. With the carnival over Lent has now begun which means that the devout will eat no meat although it will still be served everwhere for Godless souls such as me and the Albanians.

In Kambos the kids were all in fancy dress even the two year old daughter of lovely Eleni at the Kourounis taverna. She has a Greek name with lots of confusing letters too and so I simply refer her to her as the future bride of my young son Joshua. The Mrs has a Greek brother in law and says that is enough bubbles in the family and so is not impressed by my little joke. But then she does not struggle, as I do, with the unprounounceable Greek letters.

Anyhow, Joshua's future wife was dressed up as a rather shy little red riding hood as you can see below. 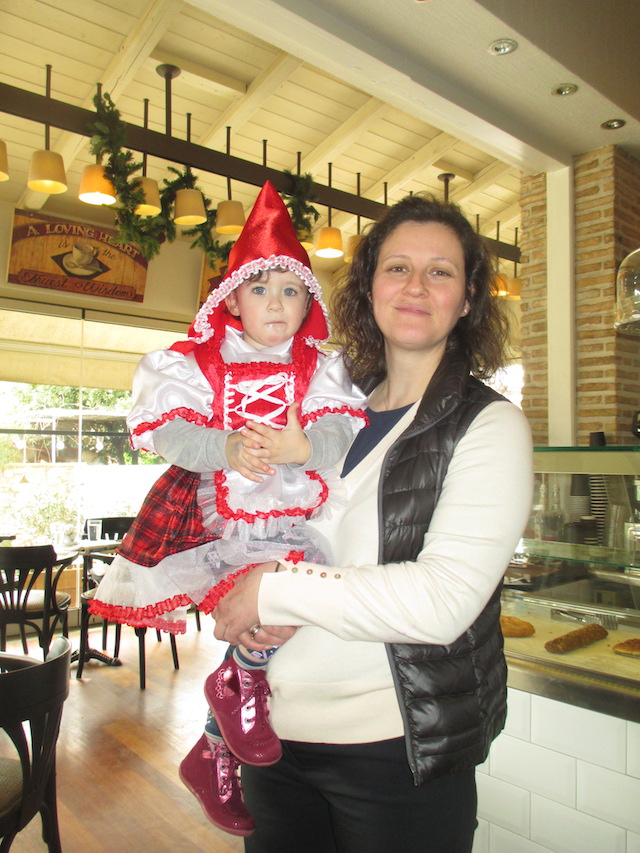