Photo Article - Sunset over a snow capped Taygetos, the view from Kambos Church

It was my penultimate day in Kambos, the nearest village to the Greek Hovel. I had parked in the small side street that leads off the main road up and past the newest and biggest of the, at least, five churches in out settlement with a population of 537 (when I am there). I enjoyed a lunch at Miranda's - pork in a wine sauce, oven cooked potatoes and an ouzo for seven Euro. I left eight, headed back to my car and drove up to the turning square opposite the Church.

This is the highest point of the village. The telephone wires spoil the photo a bit but the view up into the Taygetos mountains is spectacular none the less. The pinkness of the rock is not a camera trick it is how it really looked at four thirty that day as the moon started to rise into the sky and the light started to fade 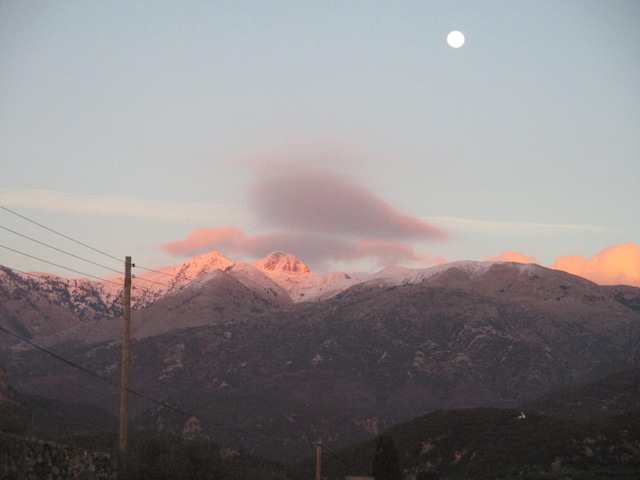