Yet again ashamed of my old University Oxford

My father, like his father and brother an Oxford man, despairs at the way Oxford has become a term of abuse. Seemingly a week goes by without it being attacked for being elitist, a place where only the children of the 1% attend and for being out of touch, or for it being shown to be home to very silly people. Former graduates like Robert Peston, most of the BBC and the Guardian editorial team line up to say how ghastly it is. And the spineless craven fools who run the place do not bother fighting lie with fact but just cower and grovel.

My dear wife took real pleasure in reading a passage from the biography of an, apparently, famous comedian. He went to a state school and then Oxford. Or was it Cambridge? It matters not for both are tarred with the same brush. He recounts that on his first day a posh chap strolled over and said "who is your father?". The comedian replied. The posh chap said "never heard of him and walked away". Thus my Russell Group educated Mrs is reinforced in her belief that Oxford and Cambridge are packed with stupid snobbish members of the upper classes. And therefore the really intelligent folk go to Russell Group universities. Whatever you say, dearest: you lot are cleverer than me and my peers, we only went to Oxford because we were all posh.

Of course Oxford is nothing like that and the comedian just made up the story. He is on the side of the people. and the people want their prejudices reinforced. The latest row, lead by the Matthew Hopkins of the racism industry, David Lammy MP was a claim that Oxford discriminated against women, blacks and folks from the North East. Some headline data emerged and Lammy was off. Peston said he was ashamed to have gone to Oxford. The BBC and the Guardian shrieked with delight with no-one actually bothering to crunch the real data.

In my day there were a reasonable number of right wing Dons at Oxford. The great Norman Stone was a family friend and a real hoot socially. My economics tutor the late and great Roger Van Noorden (as in the Van Noorden Index) would have crunched Lammy's data and spat it out as garbage in minutes. But even in my day, the vast majority of Dons were lefties and folks like Stone were starting to feel the heat. These days the Oxford Dons are almost all ball breakingly PC and the idea that they would discriminate against women, blacks or those with a regional accent is ludicrous. White public schoolboys on the other hand...

And so while Peston et al virtue signalled someone who knows about academia and learned more in his time at Oxford about data than Peston did, Toby Young actually crunched the data. The headline is that the BME percentages at Oxford are almost the same as in the wider peer group and black applicants are actually proportionately more likely to get in than white applicants, it is just that there are far fewer of them. In other words there is no discrimination at all by Oxford. Yet it grovels "we must do better" because no one dares confront the Witchfinder General and his media pals to say they are talking pure cock and adding nothing to the cause of racial harmony by pushing such a false narrative.

In that respect I, like Peston, am also ashamed of going to Oxford, I am ashamed of its collective cowardice and also for obviously teaching Mr Peston quite so badly. Young's demolition on twitter follows: 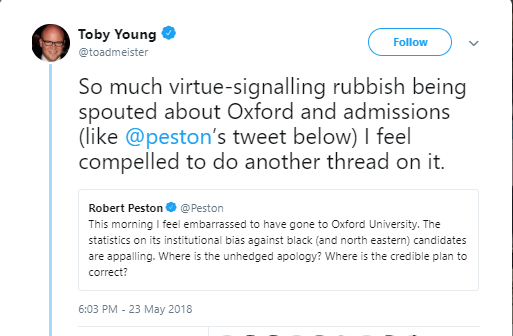 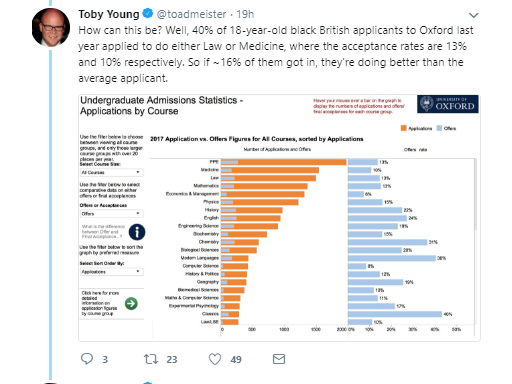 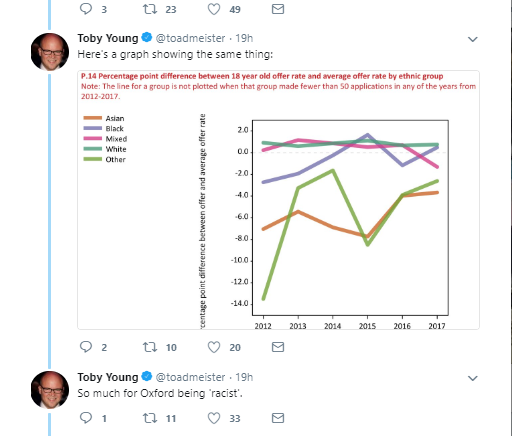 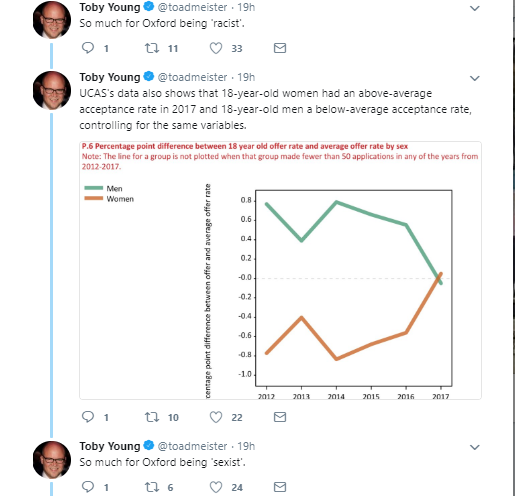 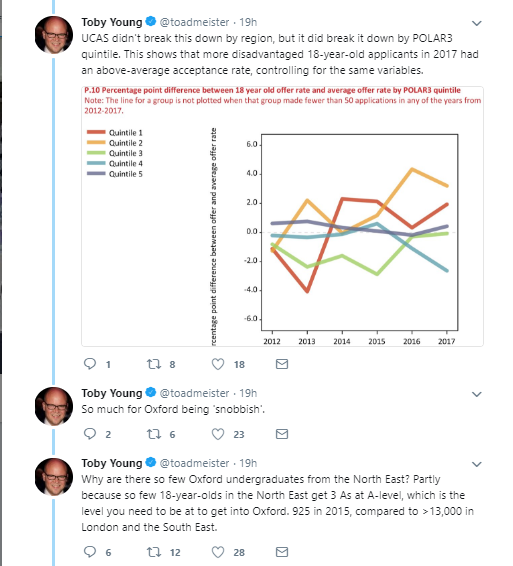 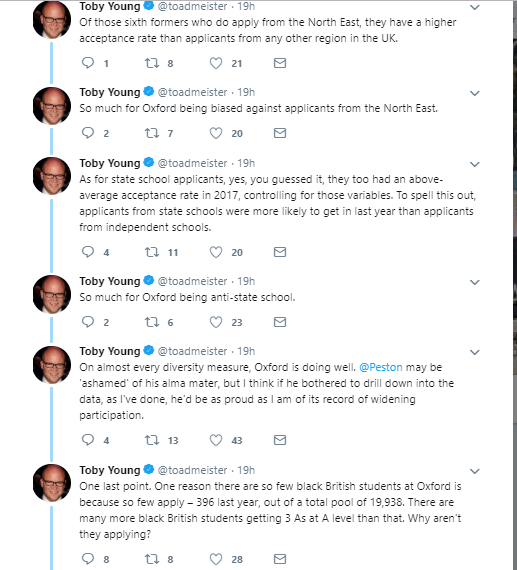 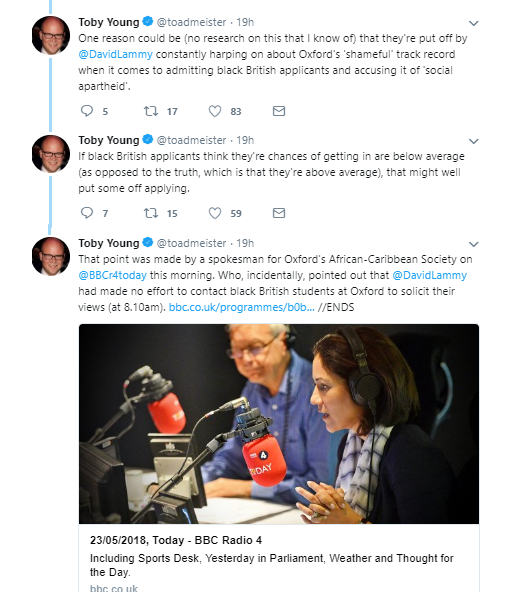