So are gay folks rich or poor – Peter Tatchell having his cake and eating it?

I am confused. This morning the Peter Tatchell Foundation run by the great and heroic civil liberties campaigner Peter Tatchell has launched a new report and sent out the following tweet. Of course Tatch is right that any tourist spot that is homophobic is kicking itself in the gonads and it is also acting in a way that is morally unacceptable. However it is the claim that the LGBT community has far more dosh to splash than we poor straights that interests me.

I have emailed Mr Tatchell to ask if it is true. I suspect that it is, simply because fewer gay folks have kids to support and that can be bloody expensive.

I only ask because a quick google search will show numerous sociology departments and NGOs producing research (funded invariably by the grateful taxpayer) which shows that gay folks are actually suffering more poverty than we straights. Natch the suggested answer to this is for the Government to pay yet another visit to the great money tree.

So which is it Tatch? Are gays poorer in which case the central tenet of your report today is bollocks or are they richer in which case the academics and NGOs are wasting taxpayers cash and talking shite? I am almost certain that it is the latter but would like you to confirm this and perhaps suggest to sociologist colleagues of my wife that they stop telling untruths as part of the celebration of minority victimhood.

But I am afraid that I do not expect this question to be answered since everyone, these days, has a human right to be perceived as a victim in every way whether, or not, the facts justify that status. 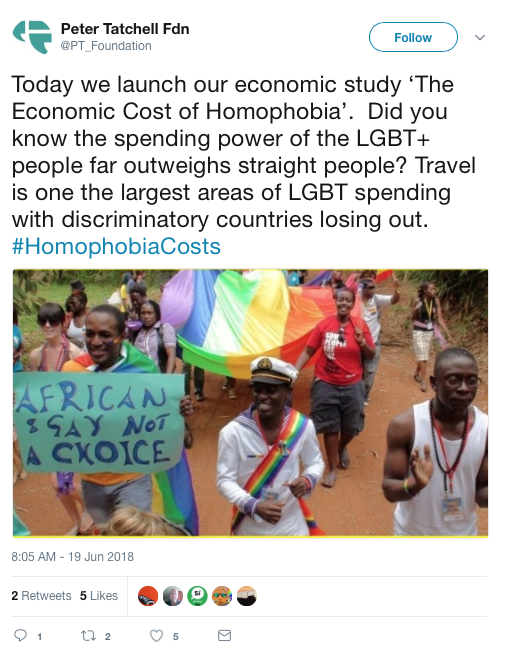