Photo article: Joshua and his dad on a walking tour of the back streets of Kambos

So on Sunday as the Mrs sought a few hours to catch up on her important work, Joshua and I set off exploring with my young son on my back. Part two, the climb to Zarnata castle, I have already recorded HERE. part one was to head off around the back streets of Kambos and the pictures pain a mixed picture as you can see below.

The man from whome Joshua gets his middle name, Paddy Leigh Fermor, was not very kind about Kambos, the nearest village to the Greek Hovel, in his classic book, The Mani. I cannot remember if he described it as dull, dreary or boring but whatever word he used it was not flattering. Of course the village has changed a lot since the early fifties but I think Paddy missed a certain charm.

The first photo is of young Joshua who enjoyed our walk. it started in a back street leading off the square bordered by what was Miranda's and lovely Eleni's Kourounis taverna. Heading past the, thankfully, deserted creperie the street becomes a narrow one - not that deters locals from driving along it. Balconies from houses that were here a hundred years before Leigh Fermor hang over your head.

Heading further along we discovered what, I count, to be the seventh church in this village of 500 odd souls and it is still in occasional use. thereafter we went past houses old, houses new and a couple of quite dreadful combinations of the two. Some of the older houses in Kambos have been restored well, others maintained carefully but sadly others are ab abandoned, a testimony to Greece's insane inheritance laws, There are new houses too, some tasteful and constructed during the "good times". The odd one, cheap, ugly and deserving of a bulldozer.

At the end of our trip we found ourselves at the big new Church at the top of the village and headed back past the Mrs counting cats on the internet, the main task of all public sector workers, and out towards the castle. I include, at the end, two small abandoned shacks on that road. Folks really did live in such houses kin days gone by. and then the final house in Kambos, a ruined tower house once belonging to our most famous son, an obscure nineteenth century Prime Minister of Greece.

I was trying to think of the most obscure British PM of the nineteenth century. Resorting to Wikipedia I offer you Viscount Goderich who lasted 144 days. maybe I am being unfair on our boy here in Kambos he did distinguish himself by sending troops into the Mani to kill his fellow Maniots so he is not a total nobody. Perhaps the earl of Roseberry is a fairer comparator? But can you imagine in the UK the home of any former PM being allowed to disintegrate in this way?  Particularly if it sits next to a Mycenaean Tholos (tomb). It is very odd but still a splendid relic as you walk out of the village. 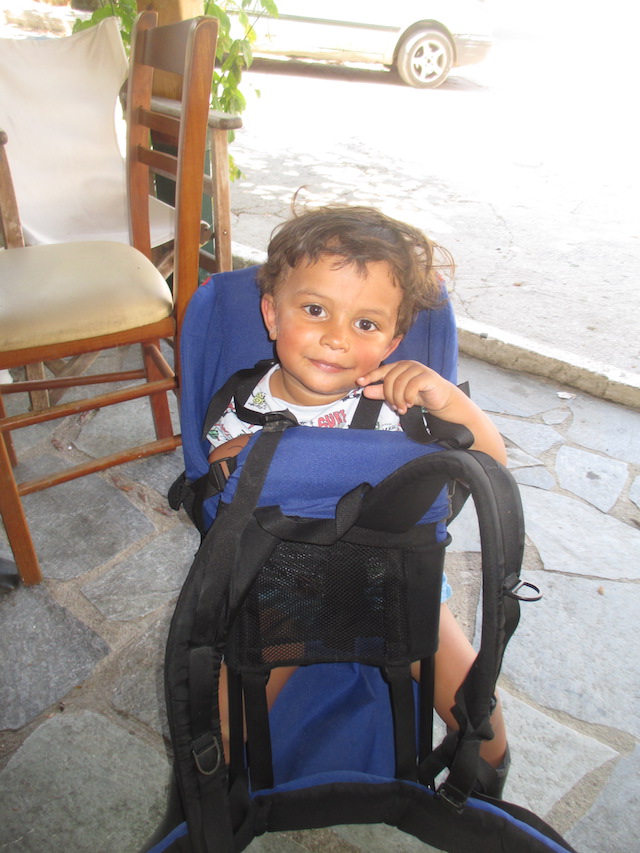 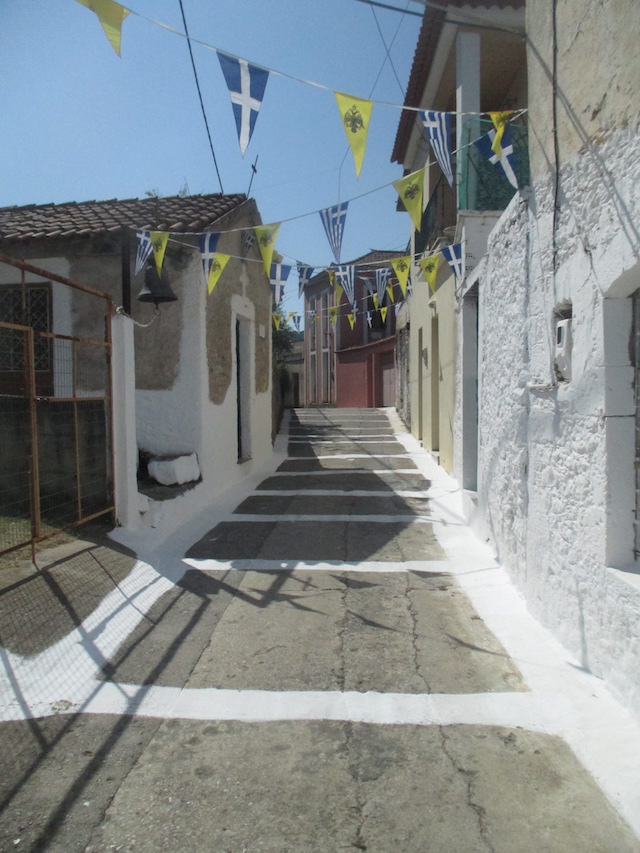 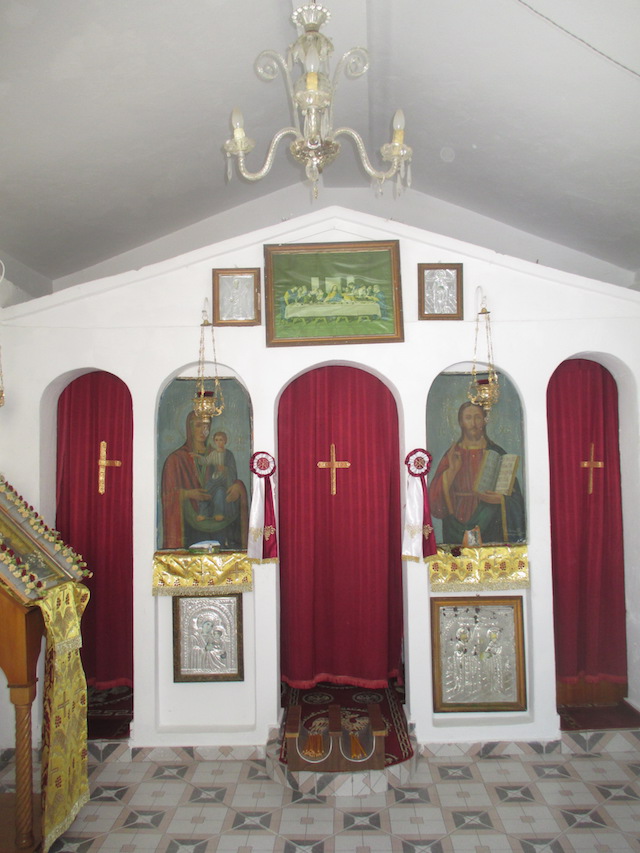 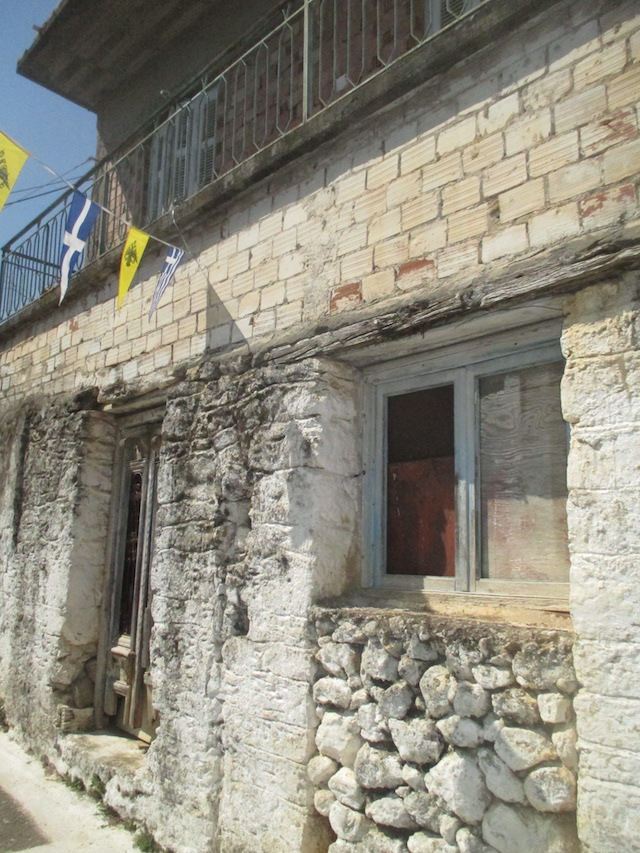 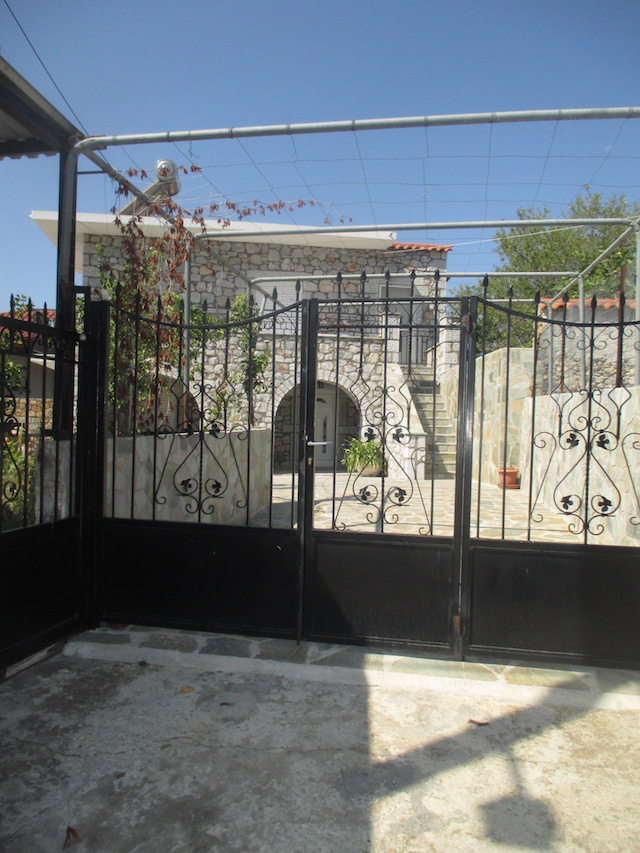 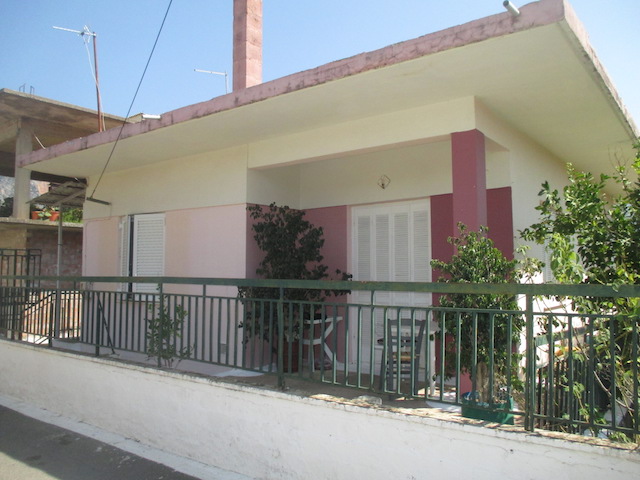 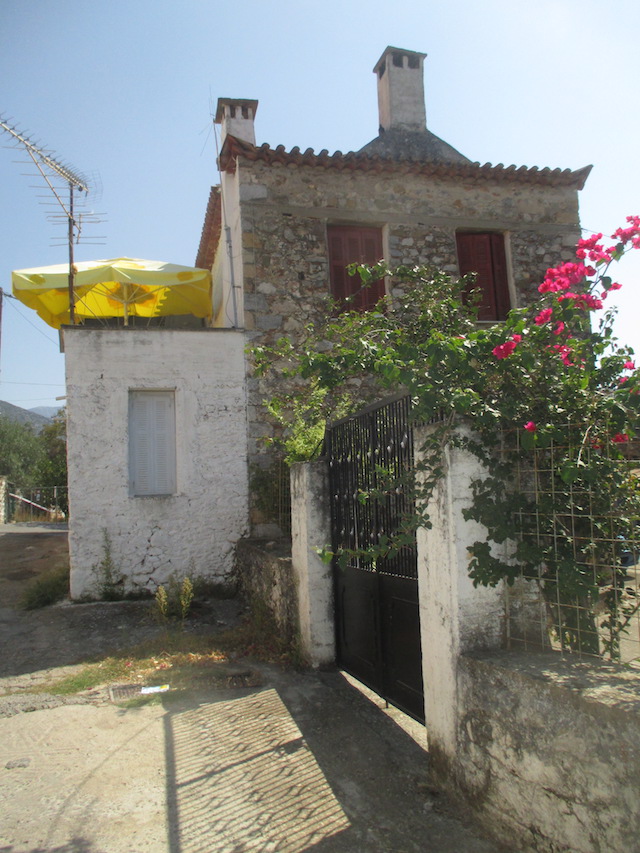 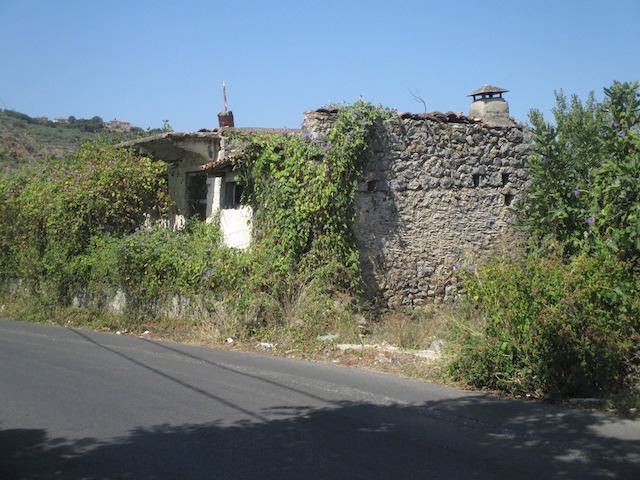 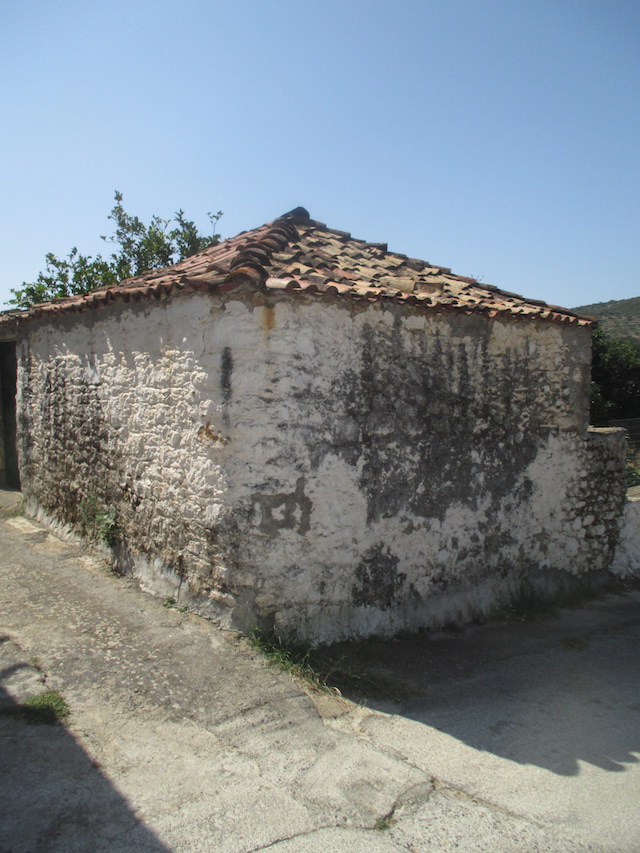 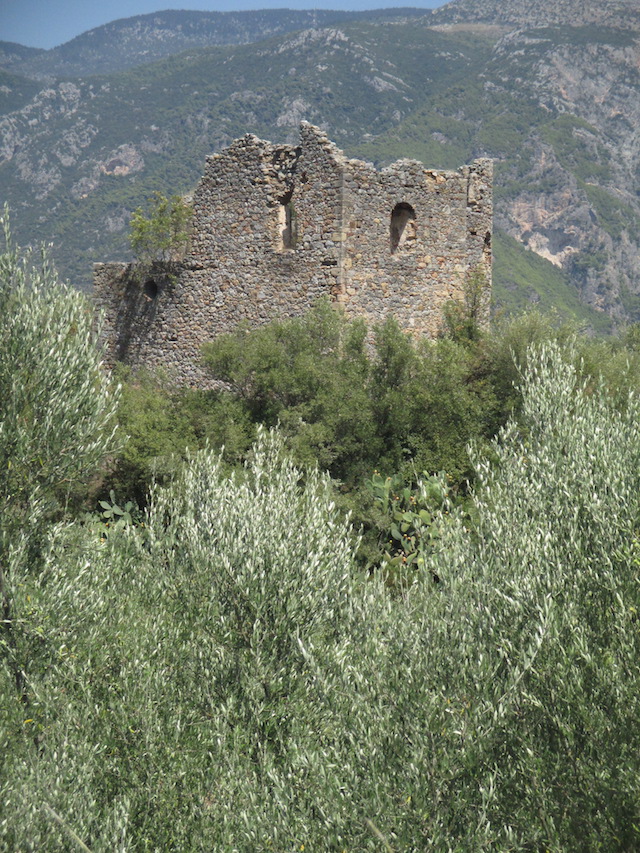