George Cawkwell is the greatest living scholar on the subject of ancient Greece. His son, my friend, the philistine Simon, aka Evil Knievil. refuses to come to the Hellenic Republic on the grounds that the wine is all awful. He is wrong and I intend to prove it to him and lure him out here to open up his mind. My father attended George's lectures so it is my duty to educate Simon.

Thus I headed down to Kardamili, Islington-sur-mer, where a German married to the sister-in-law of lovely Eleni and who lives in Kambos, runs a shop selling fine wines and olive oils. The fellow spends a good amount of time in places such as London, which he loves, promoting his wares and thinks I am very peculiar in saying how much I loathe the English capital and also in preferring a simple Kambos life to the elegance of Kardamili. I try to say of the world he craves "been there done it" but he still regards me as odd.

Anyhow I popped in and said that I have a friend who is a total wine snob and thinks all Greek wines taste of piss and what could I buy to start to educate this poor chap. Evil had expressed a preference for a red and so I will, somehow, get to him this full bodied Syrah from the Corinth area. Right now it resides in the Greek Hovel. 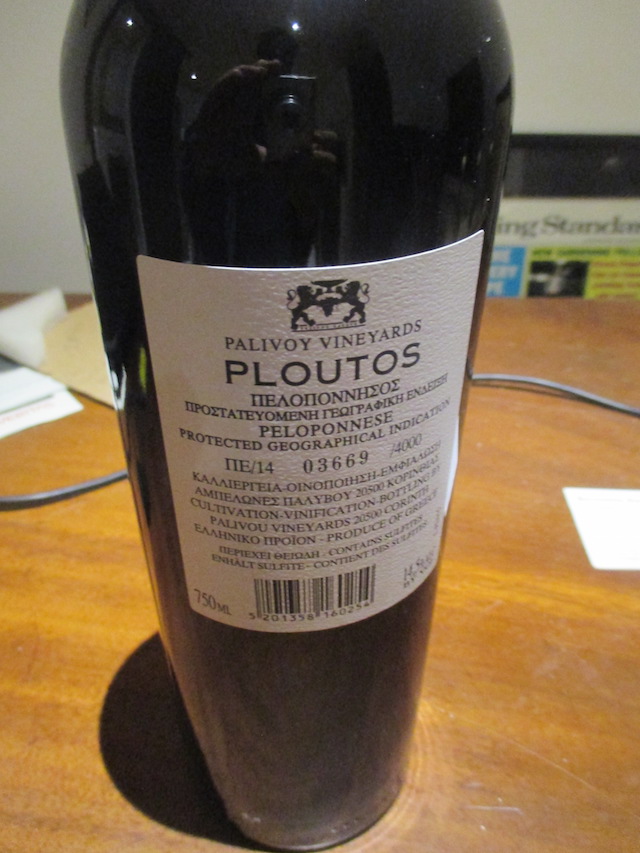 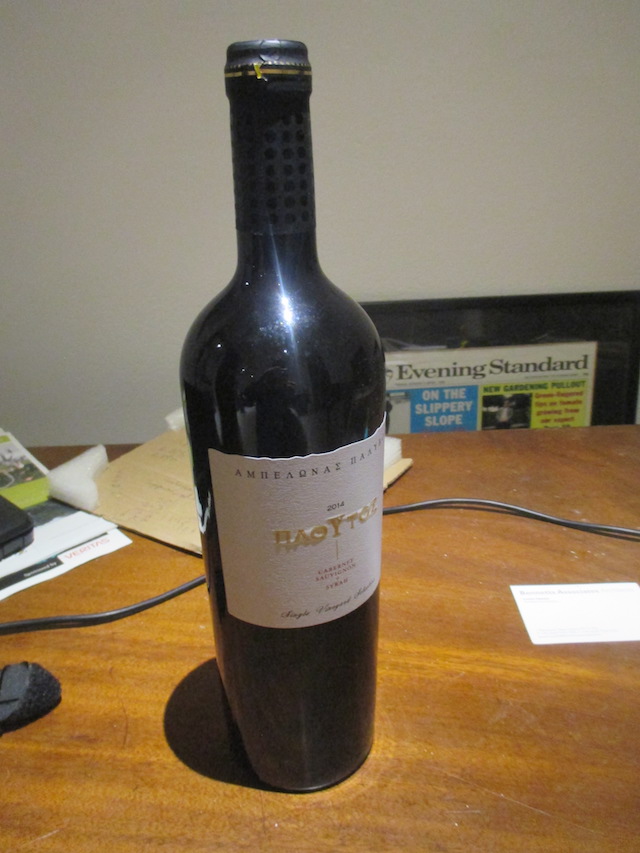