Photo article - the not so under-resourced Police at it again

The Police constantly bleat that they are under-resourced and so cannot deal with many crimes such as burglary as they would wish. If you get robbed well tough that is just part of the joy of living in Britain. The State will not allow law abiding folks to own a gun to protect their homes and families but the State says that it will not protect them either so giving a green light to criminals. But are the fuzz under-resourced? I bring you a tweet from Greater Manchester Police below.

If you search online you will see that virtually all forces have tweeted similar nonsense. So there are fuzz paid to tweet out this virtue signalling piffle and fuzz paid to dress up like dickheads to show they are "at one" with the LGBT community. But no fuzz to investigate burglaries. Lack of resource or an industrial scale mis-allocation of resources? 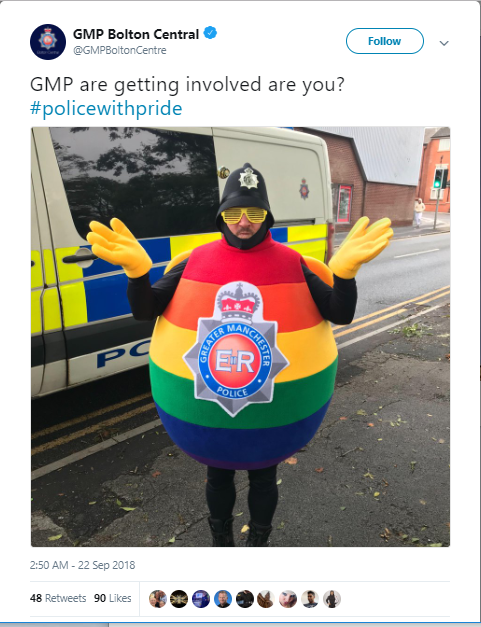