Just how out of touch is the loathsome Guardian - no wonder its sales are plunging?

Have you ever been burgled? I have. You feel violated. As if your home is dirty. For a long while you feel unsafe in your own abode. What if they come again? And it is a crime that  affects folks of both genders, oops sorry I meant all genders. This Guardian headline  below is not meant to be ironic and is the sort of nonsense which helps to explain why  sales of this sordid rag are crashing, however many fake news articles by Carole Cadwalladr it publishes.

Suzanne Moore argues, with no evidence at all, that crimes of misogyny, a hate crimes so defined as onme where the victim feels hurt, lead to violent crime. I rather suspect that almost none of those who might wolf whistle a bird in a  skirt or term Suzanne Moore or Carole Cadwalladr daft bints(and thus could be accused of misogny) will go on and commit violent crime against individuals. But Ms Moore would rather that the fuzz investigate such folk than tackle burglaries.

This is how the liberal Metropolitan elite really do think. Even Marie Antoinette was more in touch with the sans culottes than are folks like Moore today. 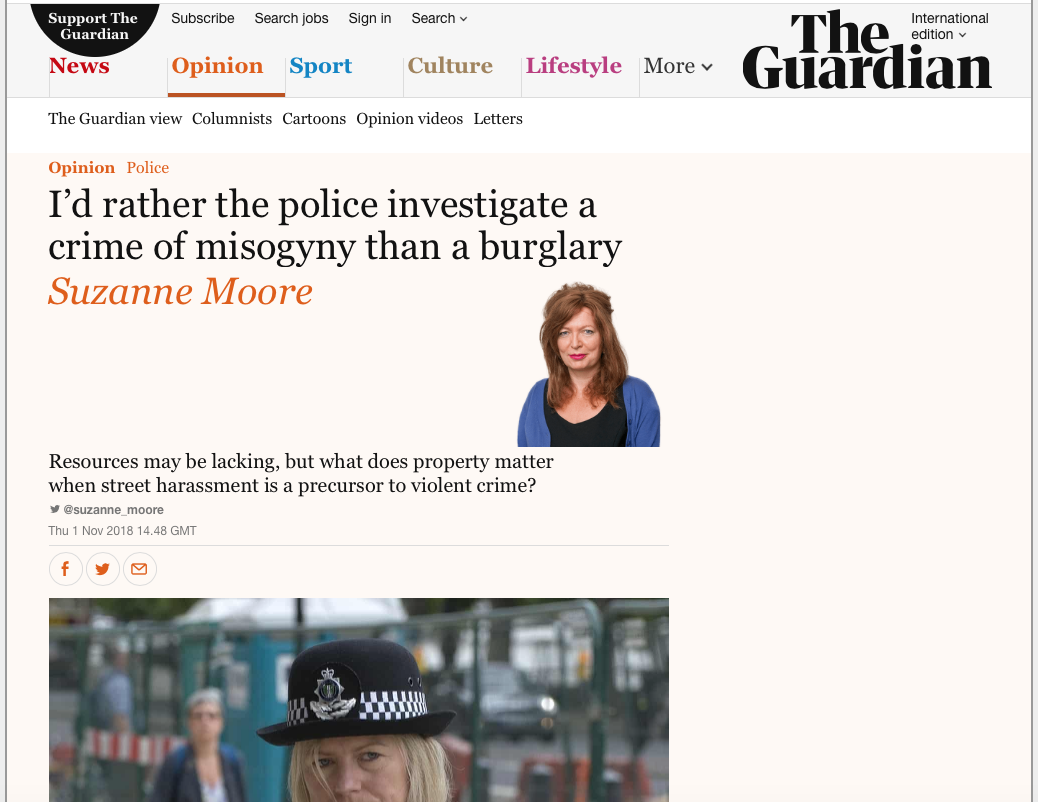