My Bennite Grandfather, Sir John Winnifrith, spoke for No in the 1975 Referendum. My father and I dutifully doled out flyers for the losing side then. 44 years ago my maternal late Uncle Christopher Booker voted to stay in the Evil Empire. Wind forward a few years and both my father and Chris had swapped sides although my Grandfather thought that only cowards flinched and traitors sneered and did not budge an ideological inch. Uncle Chris took on the good fight and was credited by many leading lights in UKIP and the Brexit party for enlightening them.

But in years of talking to Chris about this I never thought I’d see the day when we actually leave. But that day is almost upon us much to the anguish of folks like those friends of the Mrs who told me that I did not understand the benefits of being in the EU as I had not discussed it with academics like them. All those years of being patronised and sneered at, just makes what is to come all the better.

And thus, here at the Welsh Hovel in the new Tory heartlands around Wrexham, I am preparing to celeberate the exact minute when we leave. As in Star Wars, my Grandfather (Master Yoda) and Uncle Chris (Obi Wan) will appear to stand beside me at the pyre.

I have a few bales of straw in a barn, too rat infested and old to be of any use but pretty flammable whatever the weather. I will lug thenm to an open space behind the barns and then plant on top the twelve flags I have bought today. Then as the clock strikes a blow for freedom I shall, with Sir John and Chris smiling on,  toast our new found liberty with a glass of Metaxa and set light to the bales and accursed flags. 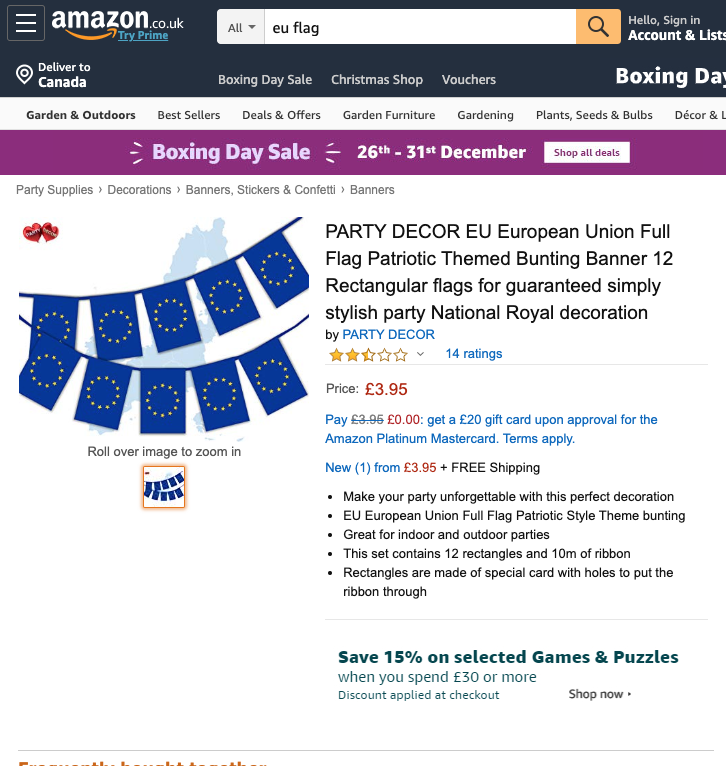