Gosh I hate the BBC. I have never more resented being forced to pay a license fee to support the bloated salaries of its staff as, in a truly Orwellian, fashion they distort the truth and show clear bias on almost every topic. The values of its staff are not mine and not those, I suspect, of mostr of us. Yet, under threat of jail we must fund the BBC and its pampered metropolitan liberal elitist staff.  Take yesterdays protests and riots in London. I ask you to imagine that the protest had been by those of us who supported Brexit. I think it unlikely that we would have engaged with the fuzz as some did yesterday but had we done so do you think it conceivable that the BBC would have run the headline below? Nope. Me neither. My silent and peaceful anger grows. 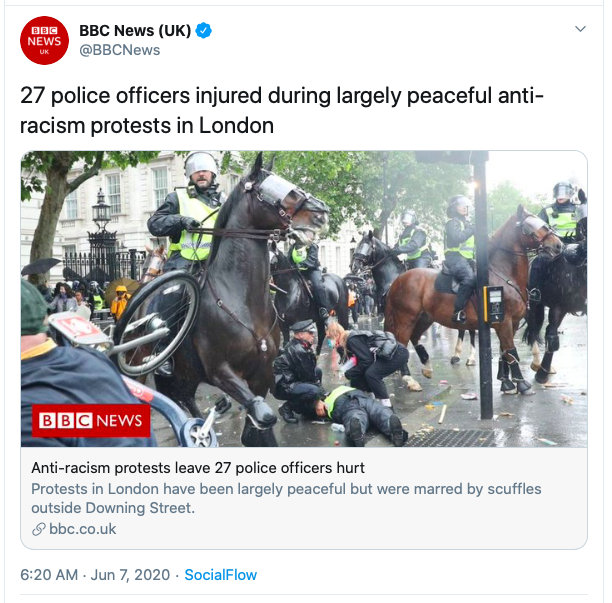