Leicester Statue must be destroyed, guess the a fascist, racist and sexual predator

More than 5,000 folks have signed the petition to have the statue pulled down, like that of non slaving Thomas Guy. But who is this beast? Okay i shall give you two clues then a multiple choice.He is a great figure from the history of the British Empire and had Indian links. Who was the alt right beast: a) Winston Churchill, b) Lord Canning, governor general in 1857, c) Gandhi d) Lord Mountbatten? Got it yet?

Yes, of course it was Gandhi, the man who through – peaceful – protest helped ensure Indian Independence and also developed the idea of communal harmony within India. But apparently he is a fascist.  This is a bit of an insult to victms of real fascism as well as to Gandhi himself. Gandhi’s views on native Africans when, as a young man, he lived in South Africa, are the subject of some debate but surely we can agree that his overall record in life was a positive one?

These days, of course, anyone a snowflake disagrees with, is a facsist and 5,000 people can’t be complete and utter morons can they? But when the clownish head of Policing in Bristol says that he will not try to stop a mob if it is large enough, the only question becomes exactly how many morons do you need to assemble to be deemed unstoppable? 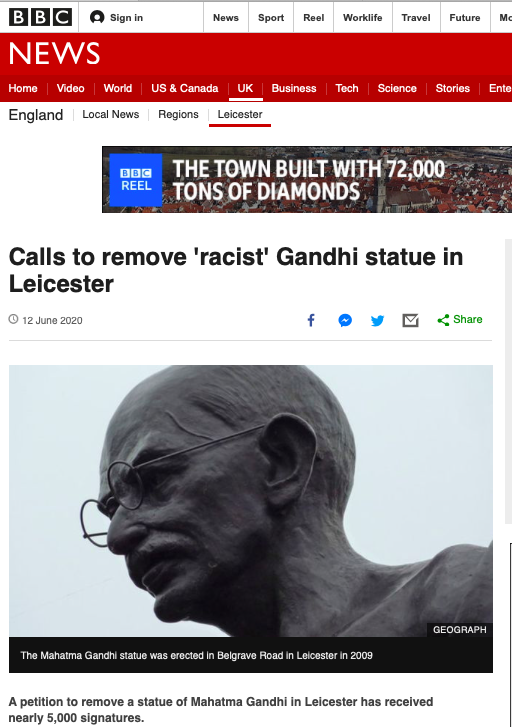