If you call all folks with whom you disagree Nazis or facists, you dilute the evil one associates with real fascists and Nazis, the sort of folks who actually murdered 6 million Jews rather than, say, voting for Brexit or Donald Trump. Now meet Renee Graham who pens columns for the liberal Boston Globe and also appears on taxpayer funded radio in uber-woke Massachusetts.  Renee thinks folks who campaign for Donald Trump are like ISIS Jihadists, you know those chaps who engage in mass rape, chuck gay men off tall buildings and behead their opponents and British aid workers. You think I am kidding?

As you can see, Renee got up early to insult we deplorables. Maybe that is because that sort of thing worked so well for crooked Hillary last time? Meanwhile, the MSM continues to ponder why fewer folks buy newspapers or listen to radio. Hmmmm, I can’t think why. 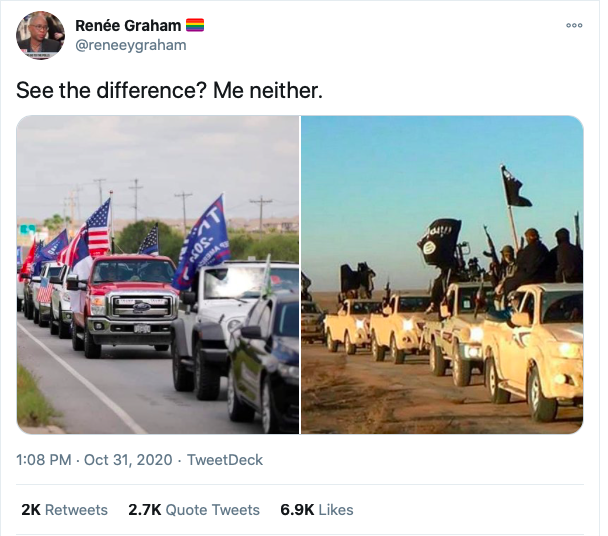