So there were no blacks or gays fighting in two world wars then?

EU-loving loon Femi Oluwole may have lost the Brexit battle but he is still fighting the woke wars and today his attack is on poppy wearing which, as you can see below, he terms a “war-related campaign”.

He goes on to suggest that if BBC presenters can support the war-related campaign of Poppy wearing, then they could also demonstrate support for black and gay people. This somehow suggests these are alternatives. Does Femi really think that fighting in a World War was the preserve of straight white folks?

I dislike those who tut tut if you do not wear a poppy. The feeling that one is being dragooned into anything always raises my hackles. But then along comes folks like Femi whose ignorance of why we wear poppies, that is to remember brave men and women, gay, straight, of colour and white who made the ultimate sacrifice, reminds me exactly why I should buy one. 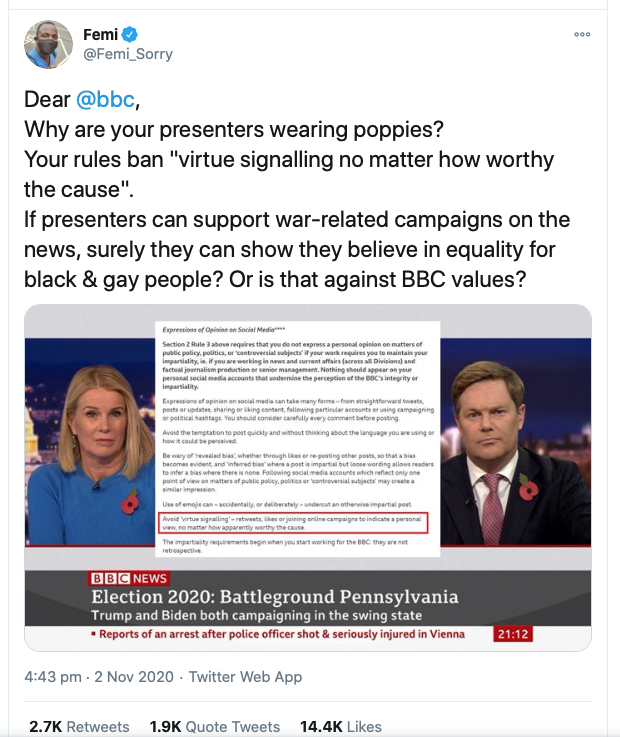