Karen Attiah has a blue tick on her Twitter account so Twitter tells you to trust what she says. She is the National Association of Black Journalists Journo of the year, has 200,000 Twitter followers and a highly paid gig at the uber liberal Washington Post.  So Twitter allows her to tweet out what is divisive and dangerous fake news as if it is gospel as you can see below. 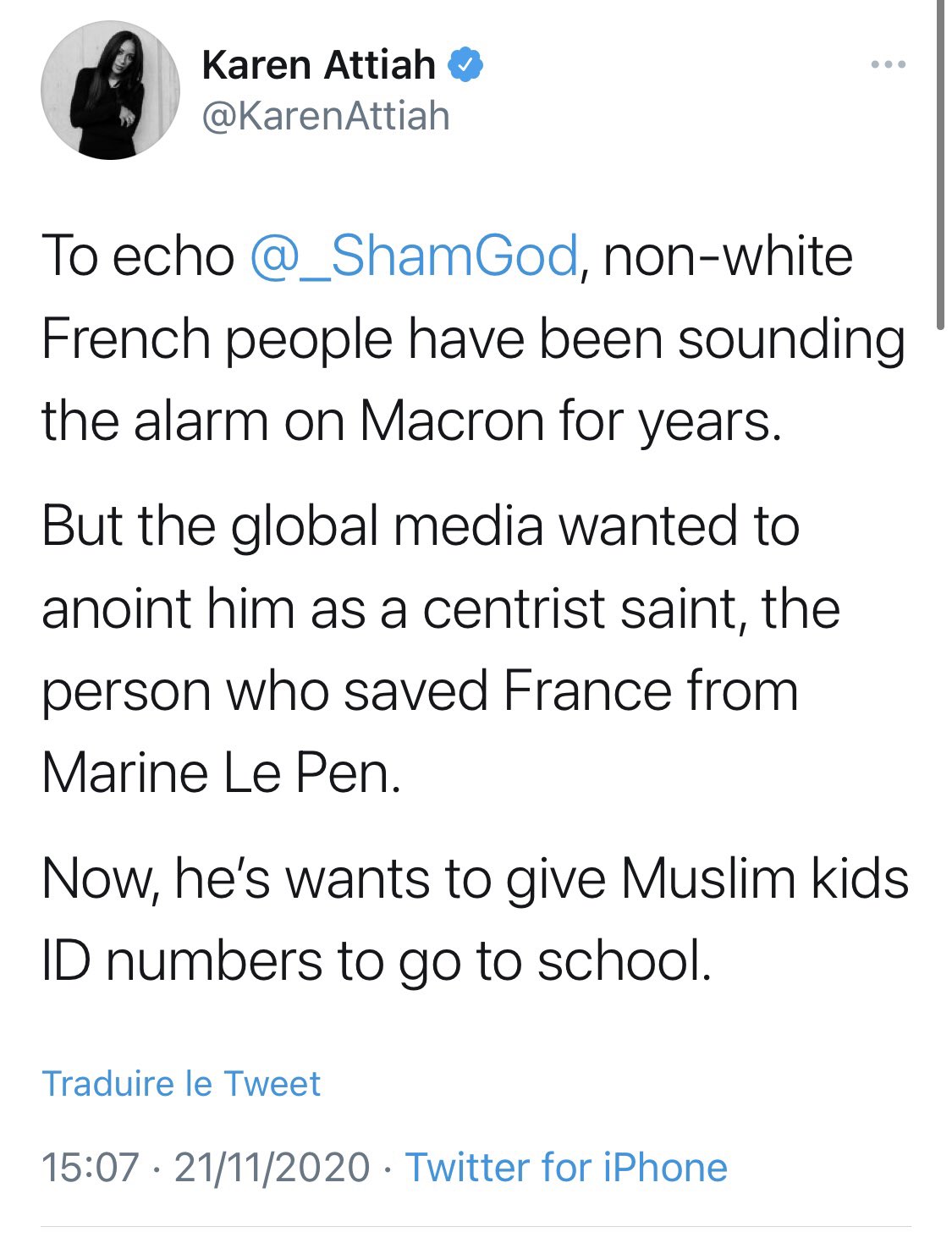 The Twitter fact checks which, for instance, stopped the NY Post tweeting out links to articles containing actual genuine Hunter Biden emails and claiming they were false and which are also stopping links to studies showing masks don’t stop Covid spread, have allowed Karen’s tweet to stand.