That is the claim, as you can see below, from Tortoise which claims to be “the UK’s youngest, fastest growing newsroom.” As you might have guessed, it is sort of left leaning and whatever it claims about integrity today, it talks utter victimhood piffle on Covid.

Women, not men, are the real victims and that is, it argues, possibly down to Government policy. Those bastard Tories at it again, always picking on minorities. Next thing you know they will be trying to deport a Jamaican rapist even though his skin colour puts him higher up the pyramid of victimhood than the woman he raped. What bastards all Tories are.

The Tortoise website admits that men are more likely to die from Covid. How gracious of it. The actual stats are alarming. Since the start of the so called pandemic, there have been 63,852 COVID-19 deaths registered in England and Wales, up to 20 November 2020 (35,358 men and 28,494 women). So men, are in fact, c25% more likely to die than women.

However, Tortoise argues that women are more likely to suffer “disproportionate, economic, social and psychological impacts” and so, thanks to the bastard Tories, are the real victims. You might argue that death is actually a worse outcome than poverty or depression since death cannot be reversed but you would obviously be an alt-right misogynist to do so.

We do not have 2020 suicide rates out yet but we do know that in 2019 they hit a 20 year high and three quarters of those killing themselves were men.

But hell let’s ignore the asserted “facts” from Tortoise and its fake news machine. Women are clearly the victims in all of this and we must all blame the Tories. Whatever…. 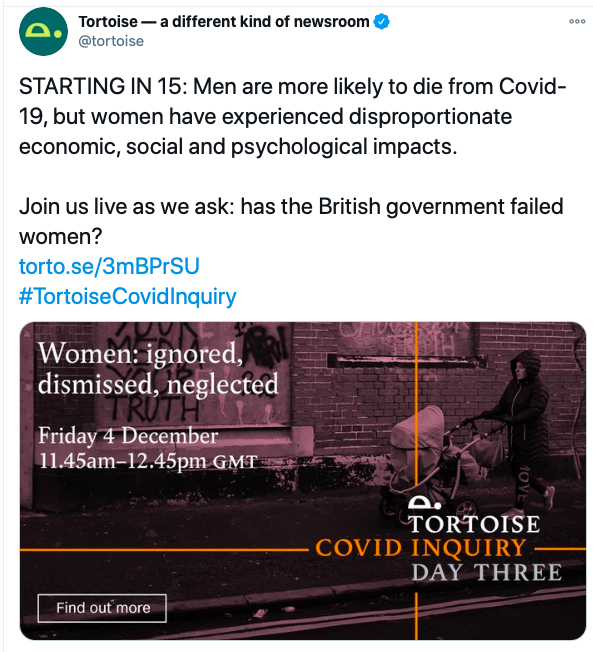 Tom Winnifrith Bearcast: Were Malcolm Stacey and Thirsty Paul Scott right about IQE after all?

I start with the weather. Guess what it is like in Wales today? I end with Joe Biden, what I shall NOT be watching tonight, why and what I fear from the next four years. In between I look at IQE (IQE), Bidstack (BIDS), Xtract Resources (XTR), Eurasia Mining (EUA) and Greatland Gold (GGP). But it is mainly IQE.

Private Eye vs Peter Hitchens - what would founder Editor Christopher Booker have thought?

Photo Article from the Welsh Hovel - now the herbs arrive