In 2000, Dr David Viner the world-leading global warming scientist at the UEA – where they had to bodge their numbers to make their predictive graphs work – said of the near future “Children just aren’t going to know what snow is.” His co-conspirator in the great hoax, David Parker, at the Hadley Centre for Climate Prediction and Research in Berkshire, said ultimately, “British children could have only virtual experience of snow. Via the internet, they might wonder at polar scenes – or eventually “feel” virtual cold”. So guess what I woke up to today?

The first photo is from an upstairs window, the second looking up the lane from the farmyard and the third of the farmyard itself. In all, it was perhaps only half an inch of global warming but that is half an inch that my 4-year-old son Joshua had no right to see according to the “experts” on whose rash predictions folks like Boris Johnson and his boss Princess Nut Nuts plan to spunk billions of pounds of taxpayers cash. If the experts got it so horribly wrong in 2000 then, in a week that saw Spain record its lowest temperature on record, might not a rational soul challenge the forecasts made in 2020 by the same coterie of GroupThink “experts?” 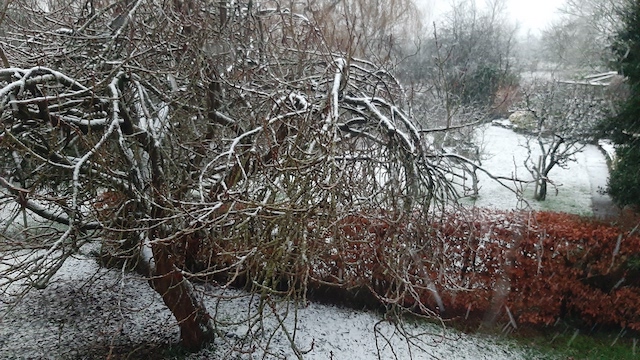 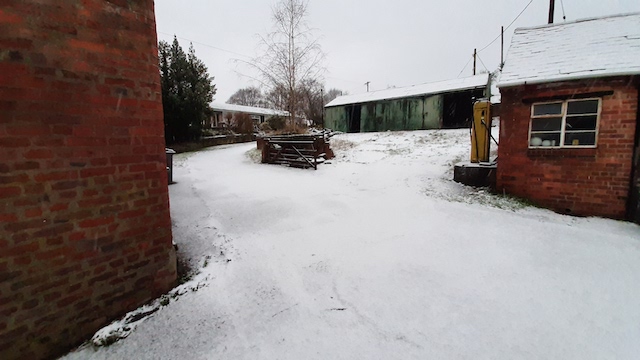 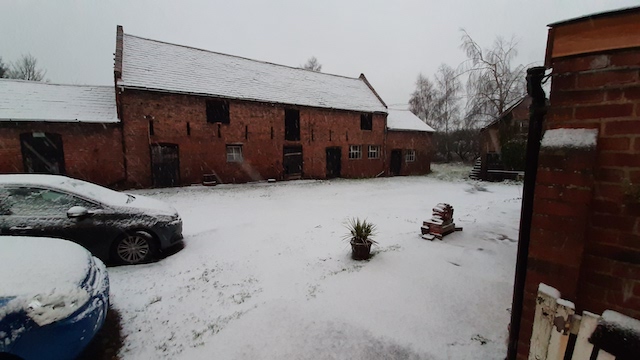