I wrote before Christmas of the joy when a cheddar cheese arrived from the wife and son of my late Uncle Chris Booker. Something that has happened for all my life continues. In return, I sent a Yarg as I always do. That Cheddar was about eight inches high and, as you can see below, is now almost all gone. About a week ago, four things I know Chris despised, combined to make me think of him and that Christmas present.

The Mrs had switched over to BBC 2 and I found myself watching a programme so dreadful it was almost addictive, Horizon. Chris, being a man of sound mind, despised the BBC. Strike One. The programme featured a panel of D list celebs. The BBC’s own media correspondent Amol Rajun, a man who brings you fake news about fake news, was one of them. I had to look the others up on google to see who they were.  Uncle Chris was once a bit of a celeb. Back in the swinging sixties when he was founding Private Eye, scripting TWTWTW and dating Eleanor Bron both before she ditched him for John Lennon, then after Lennon ditched her, he was a bit of a celeb. But he rightly despised the cult of celebrity, so strike two.

The D list celebs then had to pick from one of three choices for each course of a meal which a chef then rustled up. So this was one of those daft cooking shows which litter the telly these days. Strike three. And then they were told the carbon footprint of each selection as they tucked in. Thus if they were eating steak they were hectored about how cows farting causes global warming, while asparagus is flown to Britain so racks up more air miles than Prince Charles and Greta Thunberg combined and is also sinful. Global warming nonsense: strike four.

Chris would have been captivated by the sheer awfulness of this show at every level and would still have tuned in when it came to the cheese course. Your choice: something made of nuts for pasty faced vegans which does not taste of cheese, some soft cheese made by the Frogs or Cheddar from Chris’s beloved Somerset. Natch the “correct answer” is the nut cheese which tasted like washing up liquid, has no nutritional properties, costs a fortune and so is only eaten by pretentious, Guardian-reading imbeciles in London. The Froggy soft cheese is not too bad but since it takes vast amounts of milk, made by the fart producers, to make a cheddar, it is pure sin. Eating a cheddar is like going and setting a rainforest on fire, it is that wicked.

I am sure Uncle Chris would have been delighted. 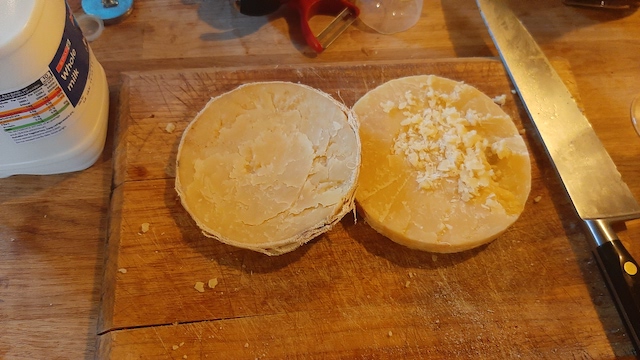