As my house here in North Wales became surrounded by flood waters from the River Dee, I pointed out why those linking the rising waters to climate change or, as they used to call it, global warming, were so utterly wrong. But still they persist. Driven on by his uber-woke bird Princess Nut Nuts, our PM Boris Johnson is leading the green charge today, saying:

“This government has a very ambitious tree-planting programme, but, in my view, we’re not going fast enough. As the spring comes and we come out of the pandemic, we’re going to want to see a lot done to build in long-term resilience against flooding and against climate change, and planting trees is a big part of that.”

Okay Boris, go hug some trees. It will make a change from posh birds in London who are not your wife. Up in these parts, some folks also bemoan their fate and blame climate change. It is all those cars and factories and coal-powered electricity generators and farting cows that are causing the town centre of Northwich, just over the border in England, to flood. Or is it?

I invite you to consider the photos below of the town centre from 1947, 1920 and some time in the 1870s. I bet you that even in the medieval warm period – when the world was hotter than it is today despite there being no cars, power stations, factories and far fewer farting cows – there were floods. The world gets hotter. The world gets colder. It rains a lot sometimes. That has always been the case and it always will be, however many cows are farting and however many trees Boris uses your money to plant and hug. 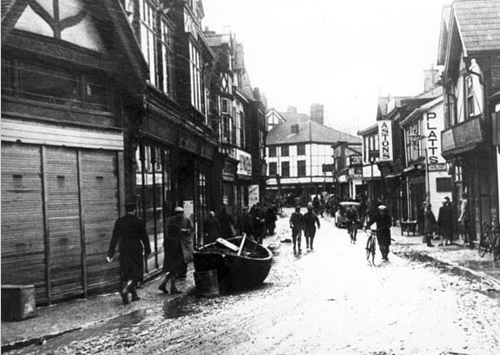 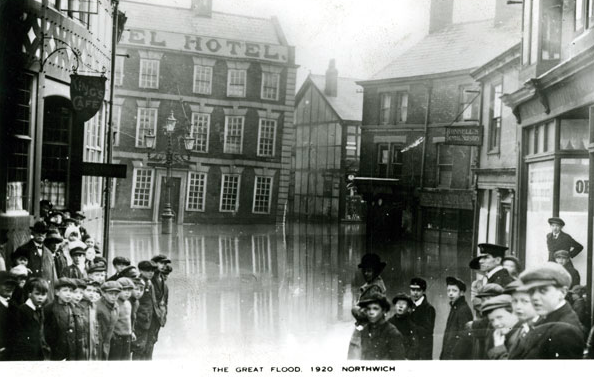 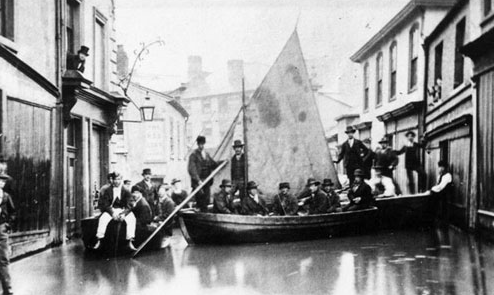