Reasons to #DefundtheBBC No 946 - would it call an old, dead ISIS fighter a "veteran" like some D-day hero?

Well not even the loathsome BBC has gone that far yet. I think it might just use the word terrorist for an old, long time, ISIS butcher who had passed away. But it seems that for another organisation that blew up and shot men, women, children, a 6 month old baby, priests, nuns, housewives, mothers, fathers, grandmothers and grandfathers and which committed ethnic cleansing, its old fighters should be described in the same way as a hero of the Normandy beaches. I refer of course to the IRA. The article below speaks for itself. That i should be forced, under threat of jail, to pay for this vile garbage makes me unspeakably angry. Almost as angry as when smug self entitled BBC staffers try to justify this extortion with lies. 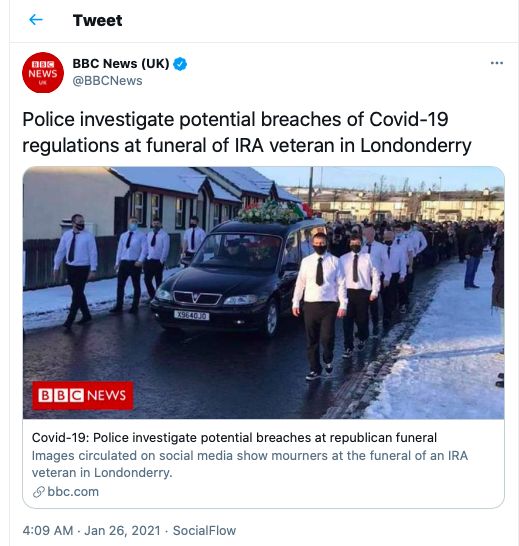