Photo Article from the Welsh Hovel - look snitches this is what we are actually doing!

Thanks to one of the daft in-bred snitches here in Holt, the last village in Wales, folks like teenmage mutant curtain twitcher Abi Lancelotte, at some stage some pen pushing jobsworth from Natural Resource Wales will be visiting us here at the Welsh Hovel. Pictured below is the work underway and what he or she will find. I make no apologies if the pen pusher is one of the other 108 genders and is offended by being referred to only as he or she.

Right now we are digging away the man made earth banks that seperate the inner paddock, what was once a dumping ground, from the water meadows. This will not increase the flood threat as an even bigger defence is being created. But it means we have earth for that defence and we are also removing a vast amount of waste as you can see below. It is mainly scrap iron but there are also pieces of asbestos buried by the previous owner as well as bricks and sandstone which is pre-cut so is, almost certainly, from the castle just up river which was largely pulled down in 1649. During our works we have also removed a skip full of glass, plastic, barrels of bitumen leaking into the soil, pots of paint doing the same and, of course, 300 tyres.

The asbestos and iron will be taken away and disposed of properly and in accordance with the law in the same way we dealt with all the other pollutants.

The sandstone buried by the previous owner will sdee the light of day once again as part of the Ha Ha wall which will be built at the end of the great earth work we have created. That wall will be just under 2 metres high so needs no planning permission before some snitch thinks of reporting us. And the earth mound will then be grassed over on a gentle slope, protecting the listed barns behind it from flood waters and looking stunning, the earth benaeth it cleansed of all sorts of nasties.

Bloody hell what do those incomers thing they are doing? Bring back the asbestos, the leaking bitumen, the discarded tyres and broken lavatories. Those were the good old days here in Wales when you could marry your cousin, dump your trash anywhere and just live life as it should be lived as Welsh people have for centuries. 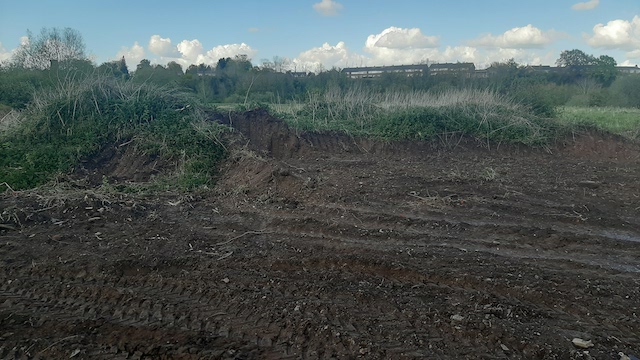 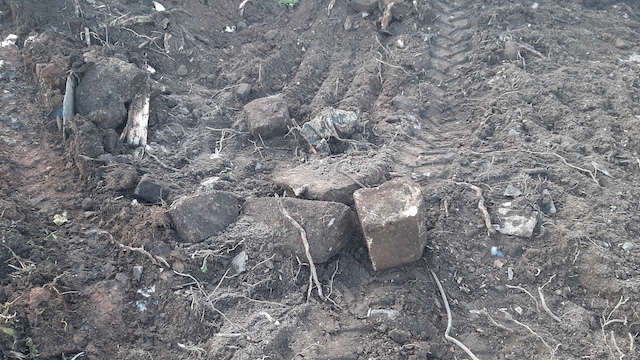 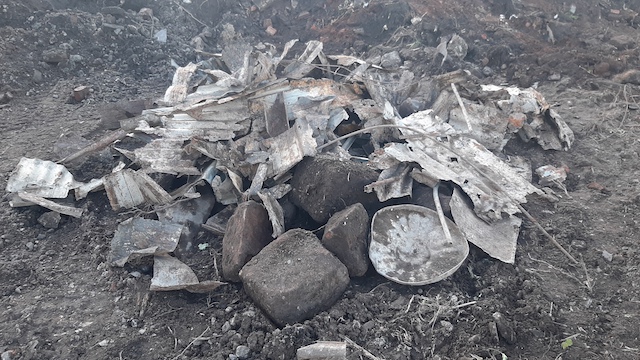 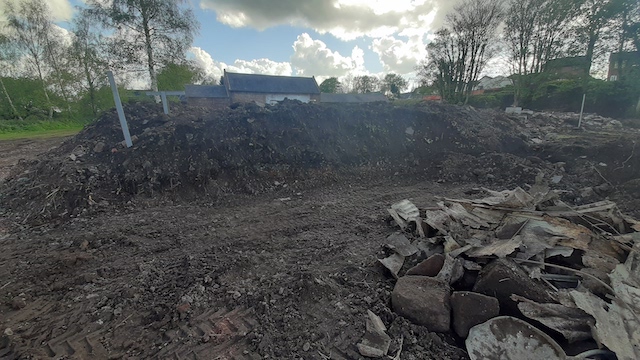