Updated: DISGRACEFUL: BBC Reporter Tala Halawa says Hitler was right when it came to the Jews

Tala Halawa has now locked her Twitter account. Heaven only knows what Jew-hating filth it contains. But for this BBC employee working for the BBC in West Bank, the truth is out. She hates Jews. She thinks Hitler was right. Her shocking tweet pulls no punches. So has the BBC sacked her yet? That is only one issue.

Folks like that sanctimonious bore Huw Edwards took to Twitter after the Bashir report came out to insist that it was all a long time ago and the BBC has changed greatly and is now trusted and loved by everyone. It is not. Laura Kuenssberg’s recent hit job on James Dyson where she simply made things up is a scandal. But Tala’s tweet is worse. Many of us question the blatant bias of the BBC’s coverage of Israel. Surely Tala’s views on the Jews cannot have been a total secret?

The BBC is an echo chamber created culture. If you back Israel, you will not get a job reporting on it. If you back Hamas, you can. And it is not just Israel where we see this but on many other matters, notably Brexit or the recent US election. Within the BBC there is just no diversity of opinion allowed, and in such a culture, extremists like Tala can, if they hold an extreme view somehow aligned to the house view, get ahead.

The BBC is culturally rotten and should be defunded. Tala Halawa praising the man who murdered six million Jews as she reports on events in the Jewish state is another reason why.

Update: The BBC has now responded: “These tweets predate the individual’s employment with the BBC but we are nevertheless taking this very seriously and are investigating.” Apparently they were posted three years before she joined the BBC. Somehow it almost makes it worse that the BBC hired an open Jew-hater. Every second she keeps her job is a stain on the BBC. 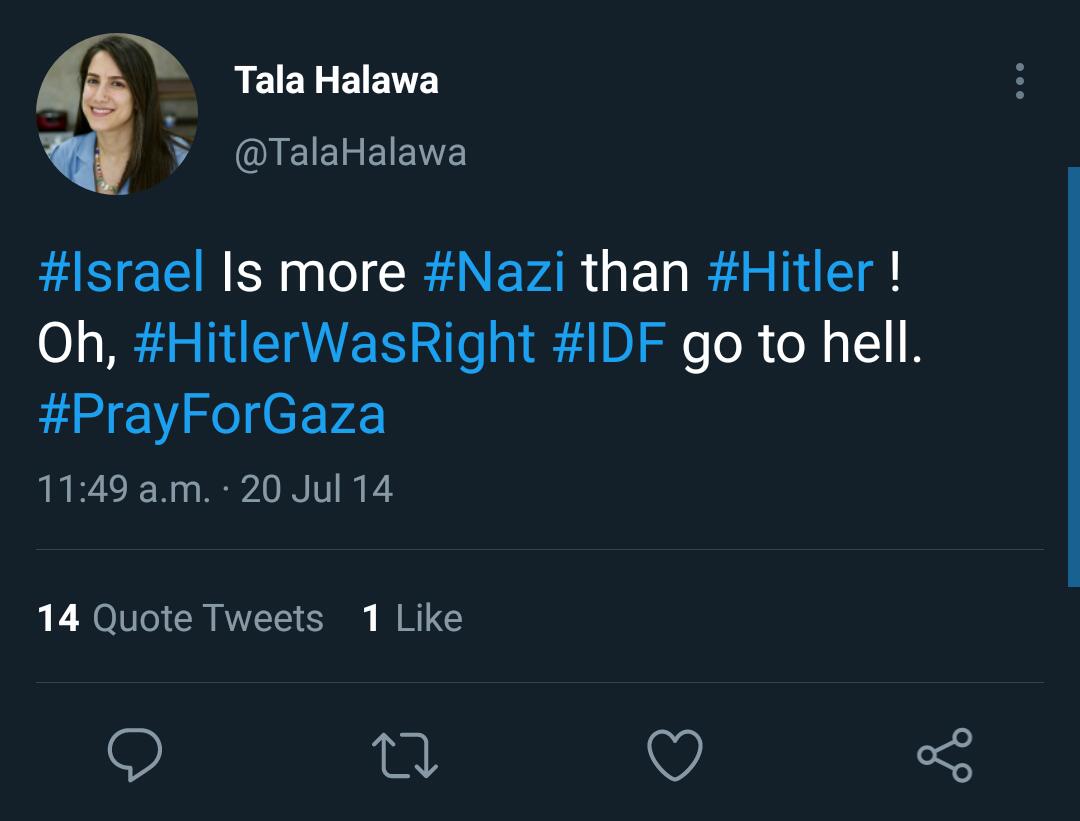 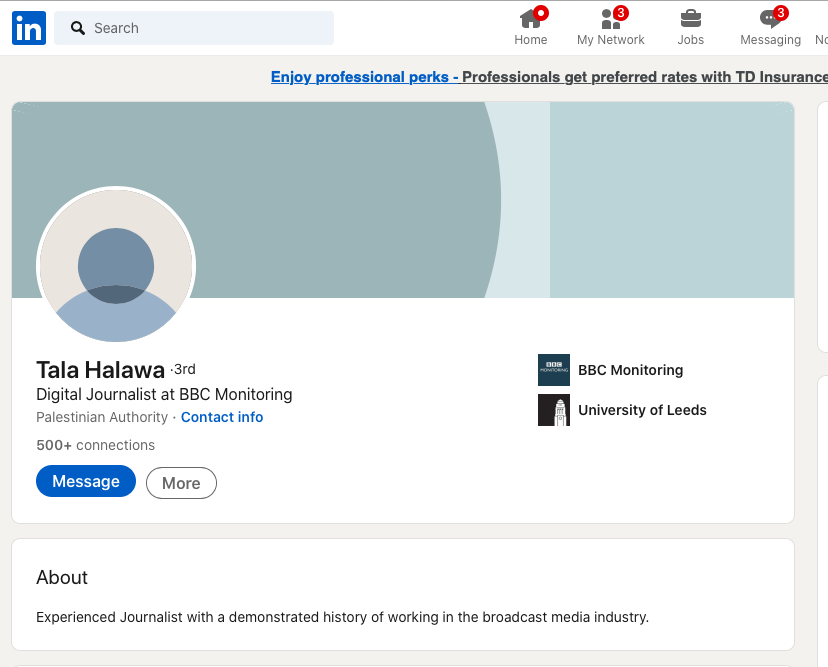