Photo Article from the Welsh Hovel - size does matter

What you see below is the smaller of the two marrows produced from the garden at the Welsh Hovel this year. The plan is to make half into stuffed marrow rings tonight but what to do with the rest?

I did consider marrow cake which is a bit like carrot cake but I appear to be the only fan of carrot cake here at the hovel. And thus the plan is to kick off the jam making season with some marrow and ginger jam. I have no idea what it will taste like and apparently you need to leave it for two or three months to full mature so this should be a post olive harvest/Advent treat. I shall report back with photos of the stuffed marrow and jam a bit later. 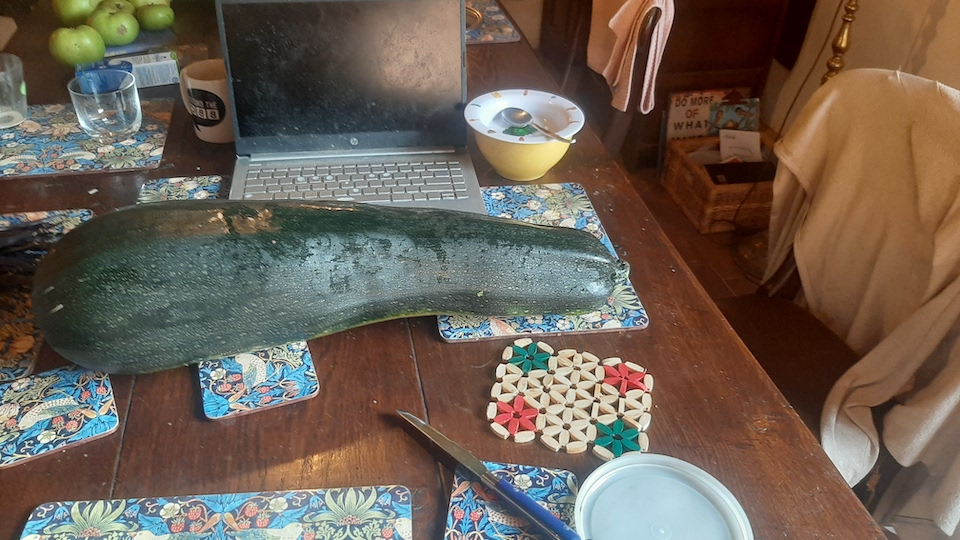