Half of the smaller of the two ginormous marrows from the garden now sits in the fridge. I hope to make marrow and ginger jam later which should be ready to eat in late November either with bread and butter in the morning or with cheese or to use as a glaze on pork. The other half we ate last night as you can see below.

So the cheese and minced beef was bought in as was the can of tomatoes. But the herbs, garlic, onion, and two types of peppers were, like the marrow itself, from the garden. Next year I will do the tomatoes myself and might just get to do the cheese when the goats arrive in 2023. The Mrs and I scored this supper highly, Joshua was less convinced. 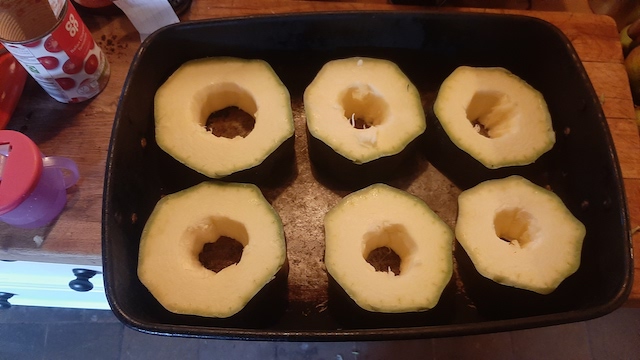 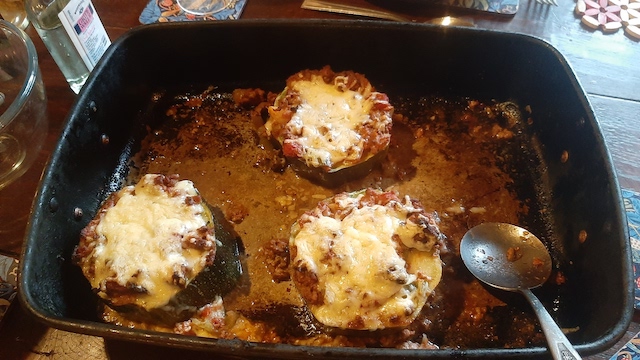 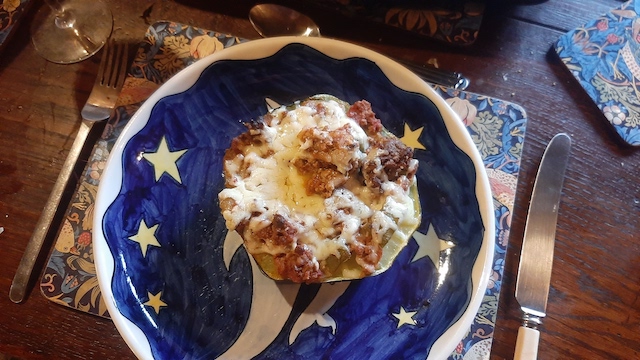