The mint plants in the herb garden next to the new strawberry patch on badger hill have flourished and ever eager to try new ice cream recipes I set out to make mint cordial and then choc chip mint ice cream.

52g of mint leaves were mixed with 300g of sugar in the blender and then added to 300 ml of water and boiled as you can see. The mixture was then strained to produce the cordial which, when added to water makes an amazing drink. The flavour is wonderful. Then to the ice cream which was made with two thirds cream, one ninth milk and two ninth’s mint cordial .I added in a few of the incredibly finely chopped mint leaves/sugar that had been strained away and five minutes away from the end of the stirring process in the ice cream maker chucked in the chocolate chip.

At 11 PM last night I had a first taste and it looks like another winner. It will be tested on the family tonight and, if they approve, then at the first of our two weekend parties i shall make another batch as well as a batch of lavender ice cream and a strawberry ice cream. 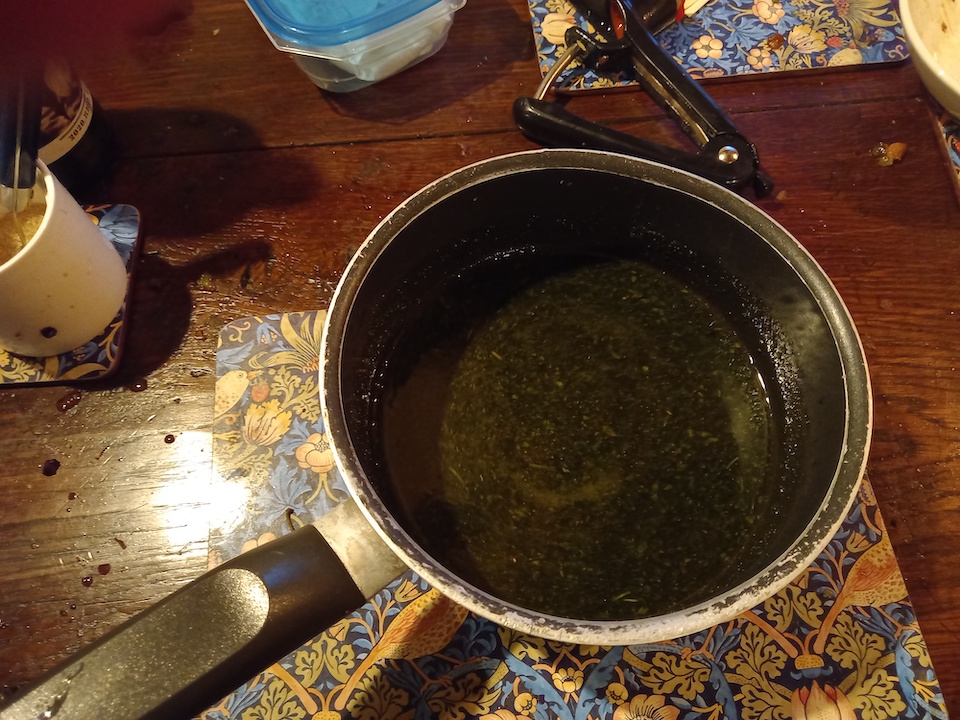 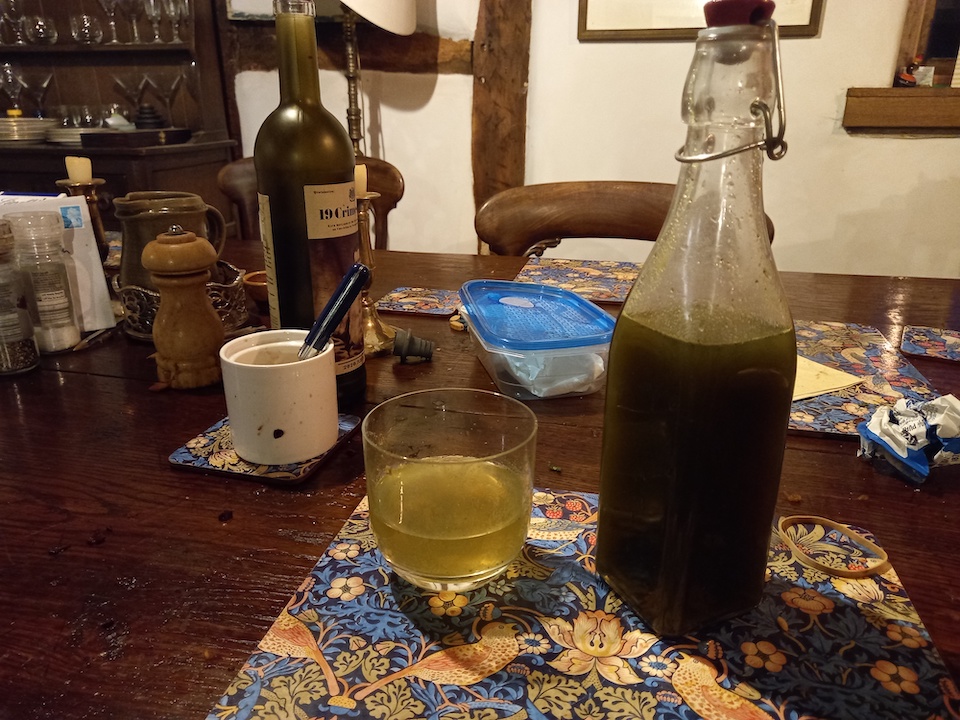