Joshua turns five tomorrow – exactly 100 days before Christmas day. On Saturday I have some of my family over to remember almost a year since my father died. On Sunday I shall be catering for the Pest’s little chums and their mums.

I say cater, shamefully what we will serve up is, apart from the cake, all bought in. So at least i can make damson jam for the scones and cream. This is now an annual ritual as we have one tree in our garden and one in a neighbour’s garden which leans over the fence. Since our two neighbours have a combined age of c180 they have no problems with us picking damsons on our side. There is already damson gin and damson vodka slowly turning purple and ready for a Christmas visit from thirsty daughter Olaf. Yesterday, having picked four pounds of damsons the tree is still heavy with them and I now have eight jars of jam, even after giving one to the mother in law.

Using my cherry pipper bought last year the damsons were pipped. The pips were boiled in a bit of water with the resultant juice scraped through a sieve to add the main pot which was boiled until the fruit was very soft then allowed to cool.  Over a low heat sugar was added until it dissolved and then the new mixture was heated up to 105 degrees and allowed to cool before being poured into sterilised jars.

On the subject of jam, my father in law is having some of the marrow and ginger jam on his toast as a marmalade this morning and I am having some in a cheese sandwich. I know it needs another couple of months to mature but it is already most excellent, confounding those who questioned how it would taste when I made it a few weeks ago. 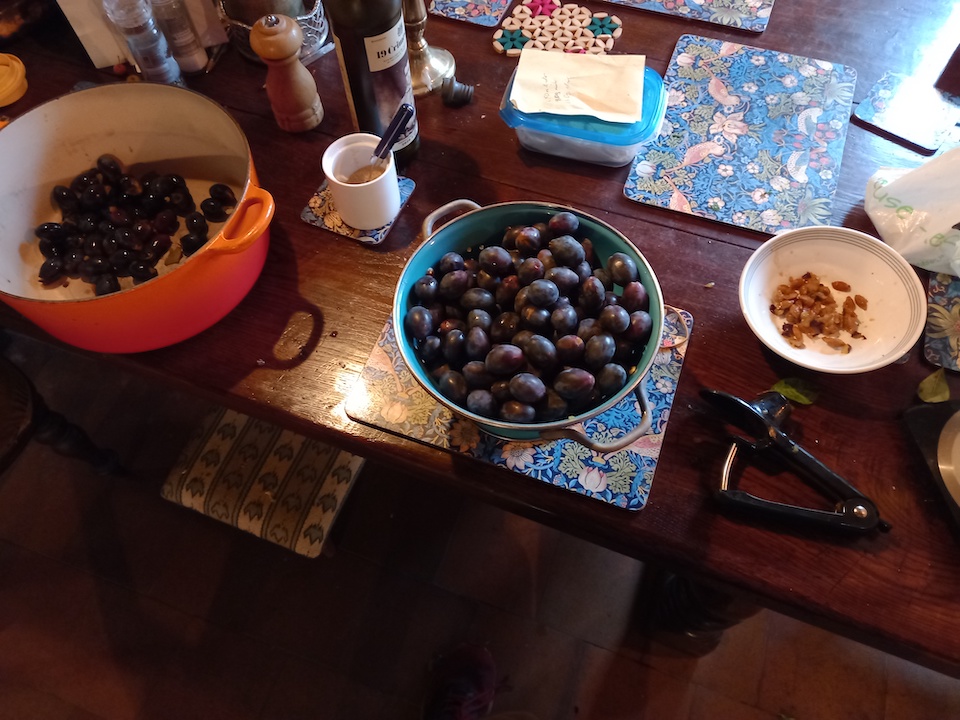 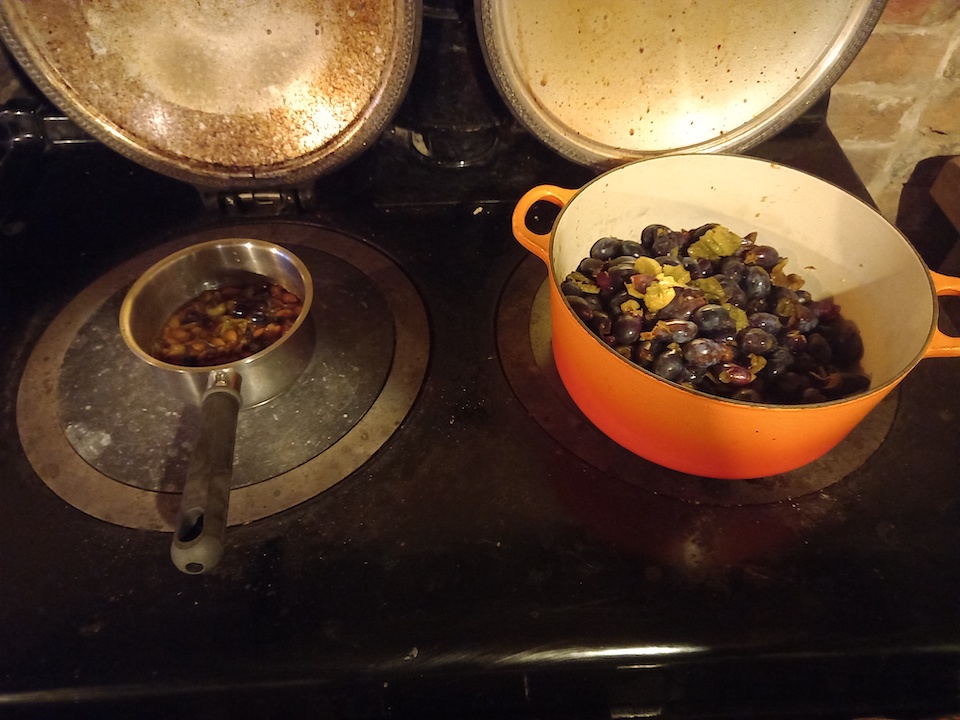 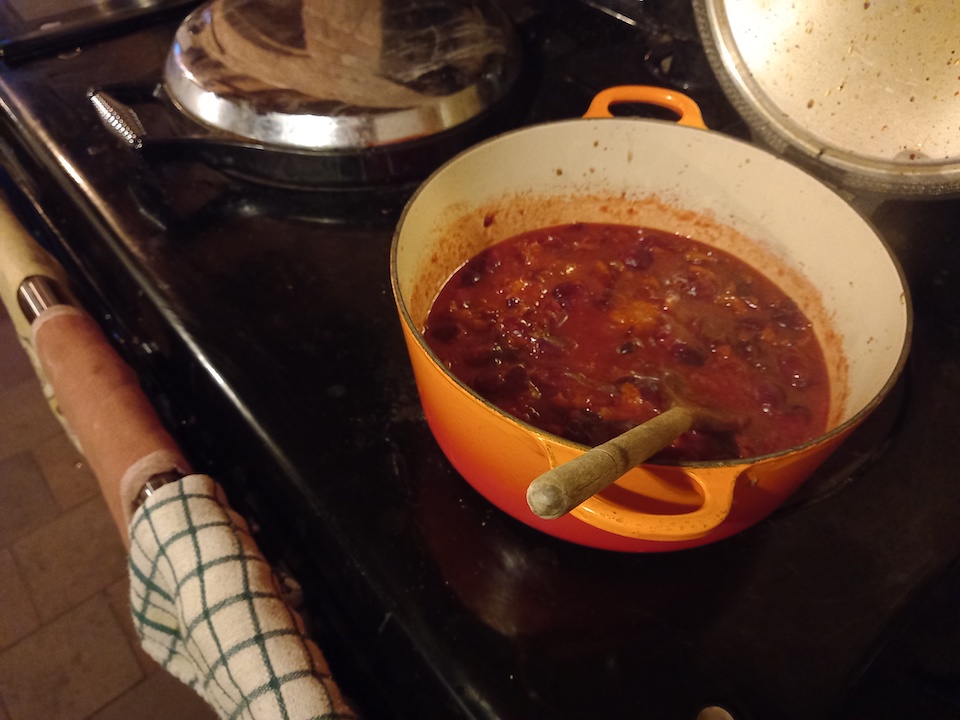 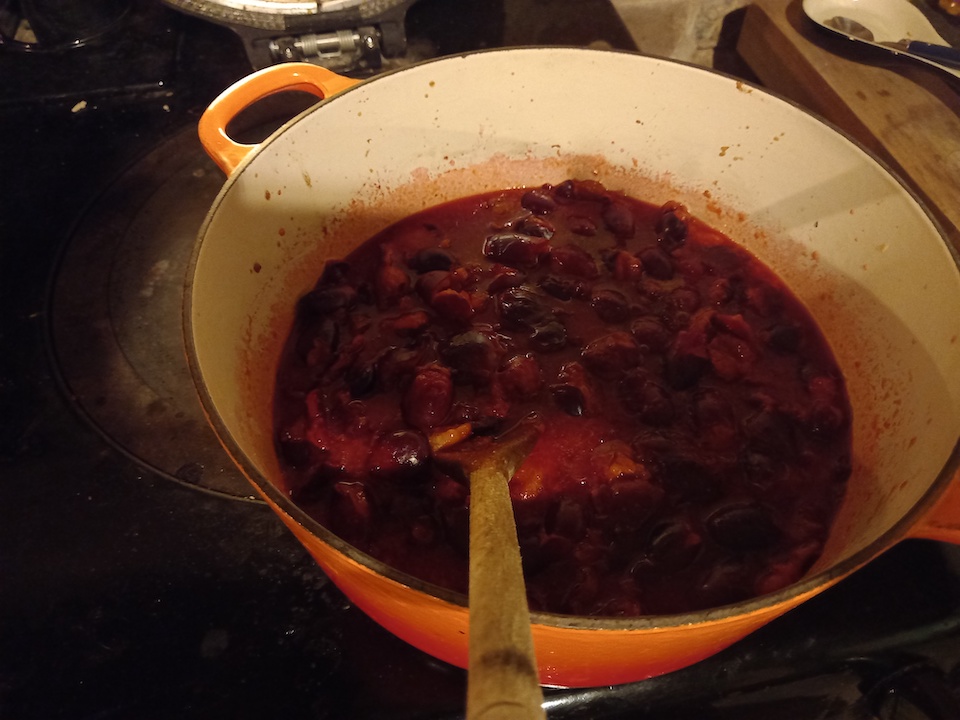 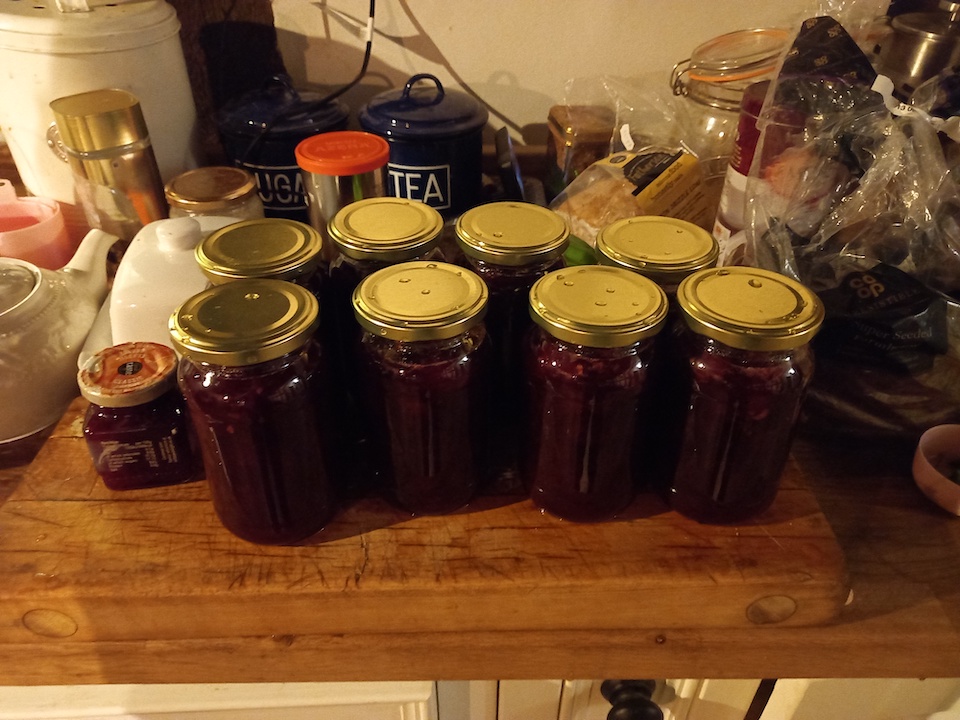