So what to do with the other half of the smaller of the two ginormous marrows from Joshua’s garden? My mother-in-law thinks I am joking but the answer is marrow and ginger jam.

1.8 kg of marrrow flesh was diced and stewed in the juice from four lemons. After the sugar cube sized chunks started to soften, I added in 100 grammes of fresh ginger, carefully shredded, the zest of the lemons and what seemed like rather a lot of sugar (1.8 kg) plus some pectin. I brought it to the boil then simmered until it was jam consistency and put it in jars still warm from sterilisation.

Apparently you can eat it with bread and butter in the morning or with cheese or use it as a glaze on meat and it is best to leave it for at least two months to mature. And so into the pantry it goes. As a diabetic, I plan to give much of this away as Christmas presents rather than leave it as too much of a sugary temptation for me. 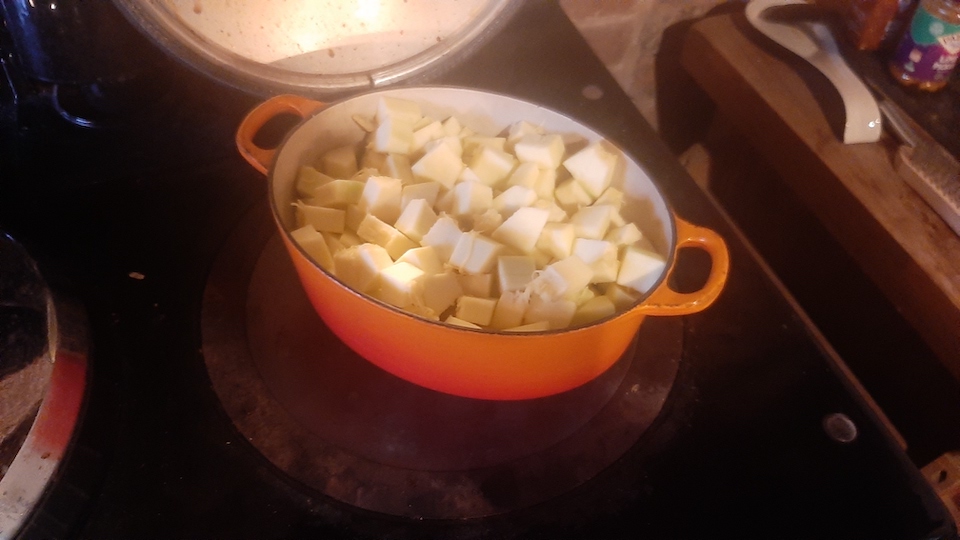 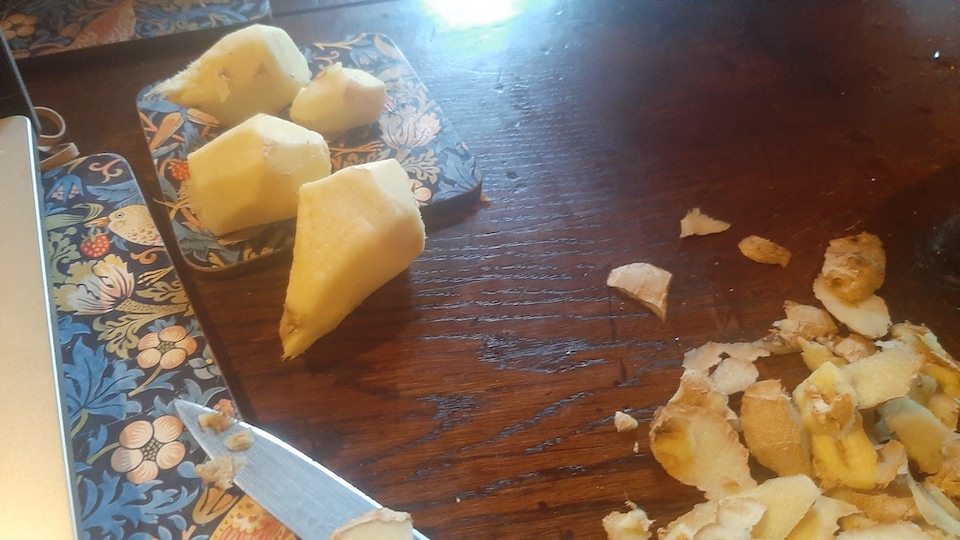 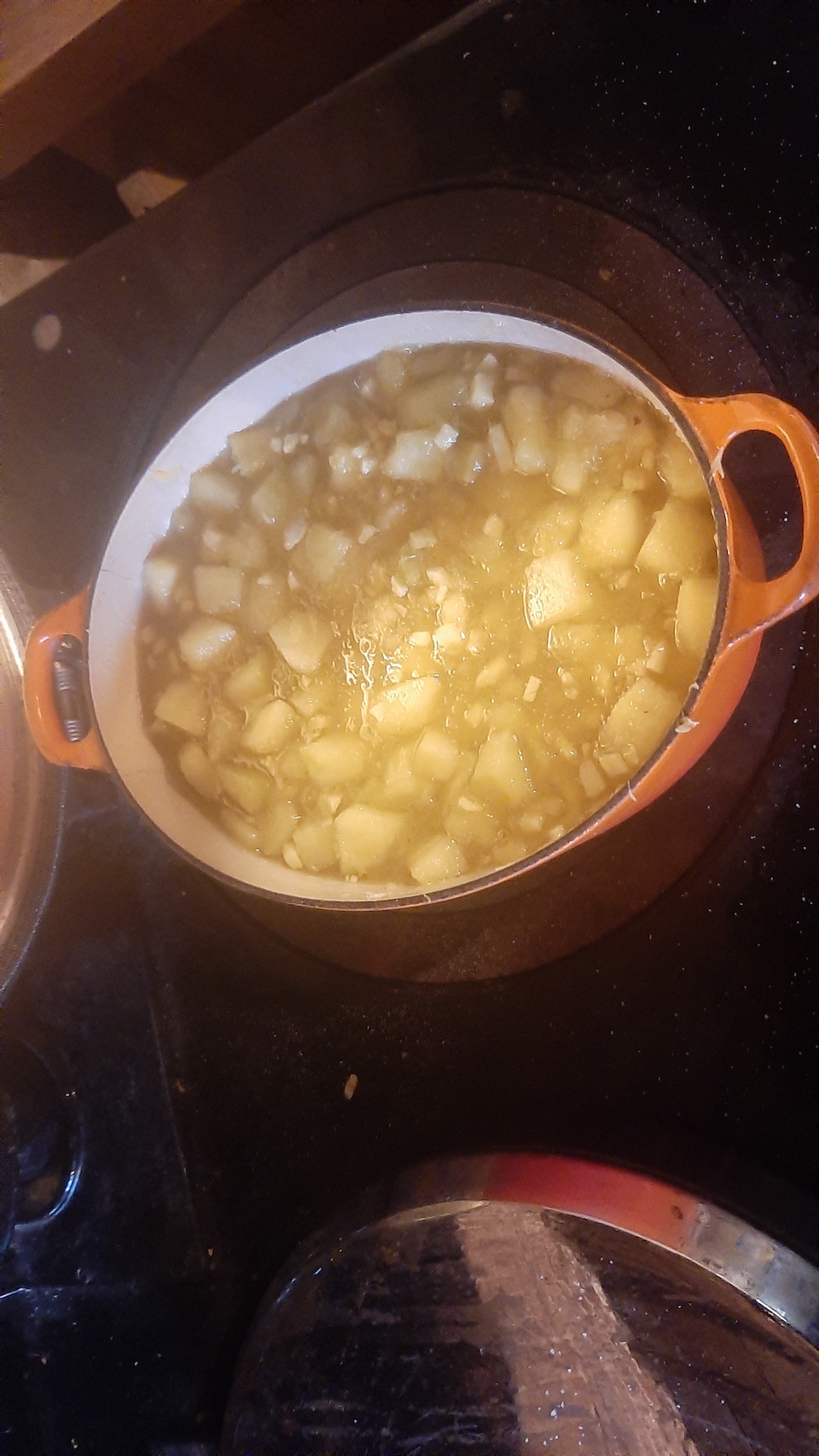 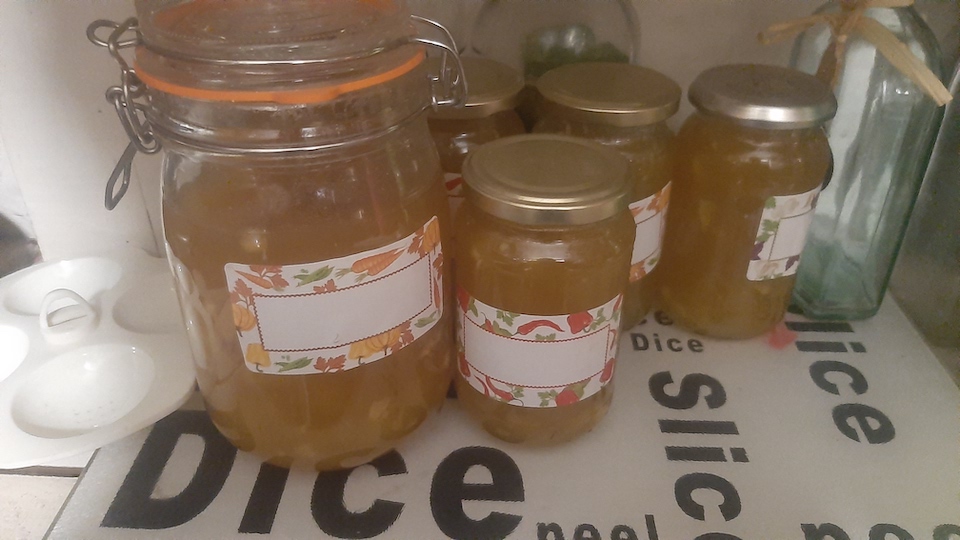