African homophobia is all down to the wicked British, right?

If your entire learning experience is based on reading Pink News and engaging with social media you probably think,like the pathetic snowflake Nathan below, that this is the case. Before the evil Britishers and other vile imperialists from Belgium, Germany, France and Portugal arrived in Africa the continent was a bit like Brighton in Pride week, only warmer. It really was an LGBTQA+ paradise. And then the wicked white man, especially the Britishers, arrived.

When the wicked Europeans arrived they really did not give two hoots about the indigenous LGBTQA+ communityand the mythical local Pride parades. What the Europeans wanted was to grab land. Now in the Victorian era, as we passed repressive laws back in Blighty criminalisting homosexuality although not lesbianism, such laws were also passed into the penal codes of the countries we Brits were in charge of. Places where,pre wicked European Imperialists there were not – in most cases – any formal laws at all.

Were there howls of protests from the natives? Of course not.The mores of the pre Empire tribal system were pretty conservative too.The natives essentially agreed with the British laws.

By the 1960s we Europeans were repealing our laws against homosexuality.  But still today 59 countries around the world treat homosexuality as illegal and half of them are in Africa. Oddly 36 of the 59 countries were, at some stage, ruled by Britain. Even more oddly since the Evil Britishers left nearly all of them have tightened the rules by criminalising lesbianism – never illegal in the UK- as well as homosexuality. It is the underlying mores of those countries which were there long before 1828, when the British passed the Offences Against the Person Act and started rolling it out across the Empire. which drives the homophobia of today. Not the brief period of British rule. 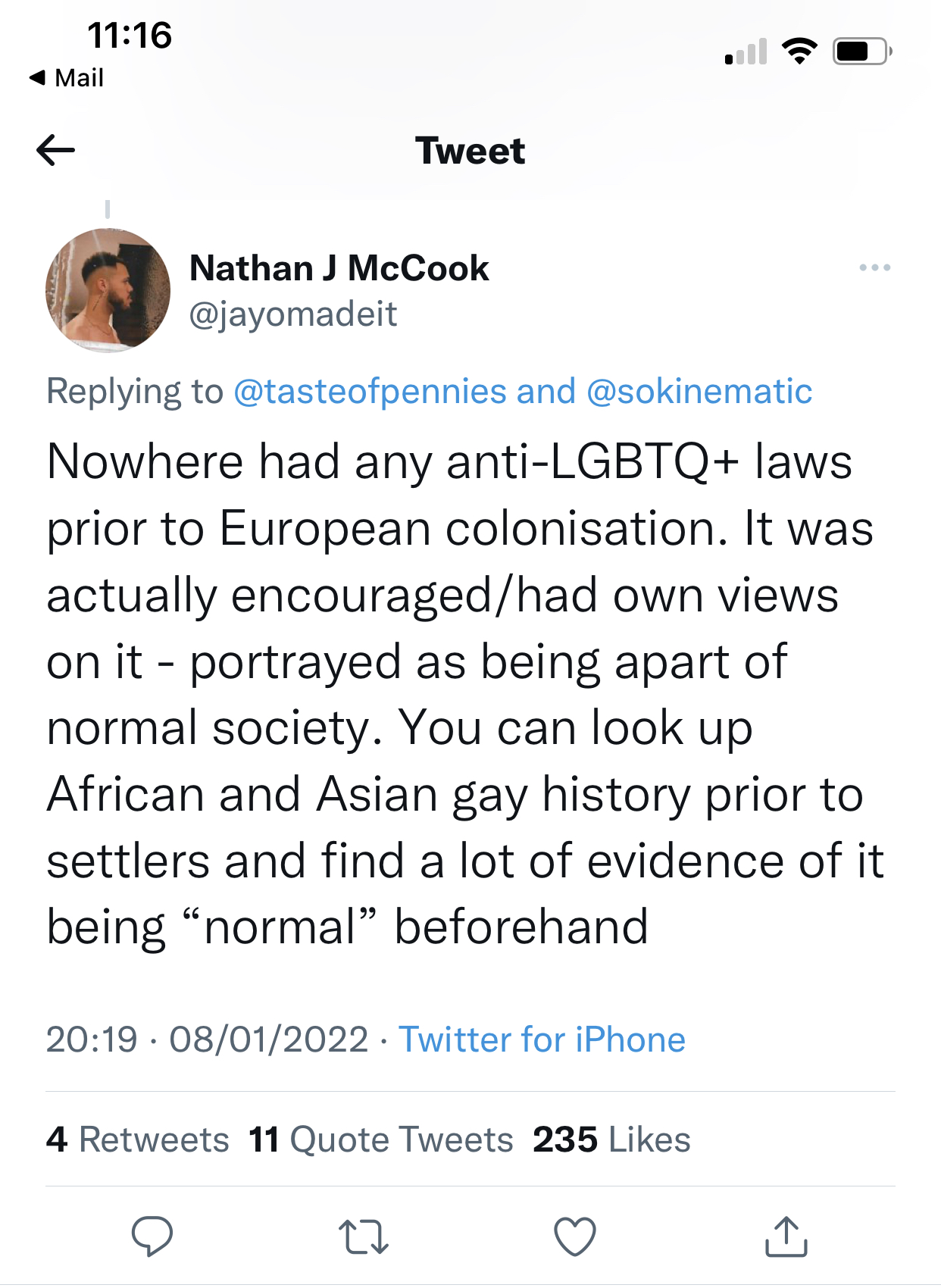