When we arrived here at the Welsh Hovel almost three years ago, our land which runs along the lane down to our farmhouse was known as the jungle. Almost the size of a soccer pitch I only discovered that it contained three asbestos and corrugated iron sheds after about a year so thick were the bushes, trees and undergrowth. Now, of course, it has been turned into an enormous vegetable garden but at the far end there is still work in progress.

At the top, the land was bordered by a sandstone wall but years of neglect saw that buried under rich earth made more fertile by decades of rotting vegetation and topped with oodles of ivy. At the side, wooden panels were covered with ivy and were rotting. Into battle myself and garden helper P went two weeks ago.

Most of the ivy has been stripped and one Neighbour R has replaced his wooden wall. Neighbour K has erected a wire fence to keep his dog from escaping and a third neighbour T has discovered under the ivy that his fence panels were utterly rotten .One has now collapsed in the weekend winds but he has ordered replacements and so his fence too should soon be ship shape. I have had good chats with all three of the neighbours as the ivy and detritus was removed. They are on board with the plans. When the last cut ivy on the sandstone wall has rotted away I shall get it rebuilt to a reasonable height. That make take a few months.

Meanwhile this part of the land needs to be cleared of sixty years of junk, discarded bottles, cans and much more. Then, with weeds removed, the plan is to plant another five apple trees and two pomegranate trees up here- yes there are varieties whichj will grow facing South here in North Wales. Finally, once I have completed a suitable course, the aim is to bring in two bee hives up at this end of the garden. Watch this space. 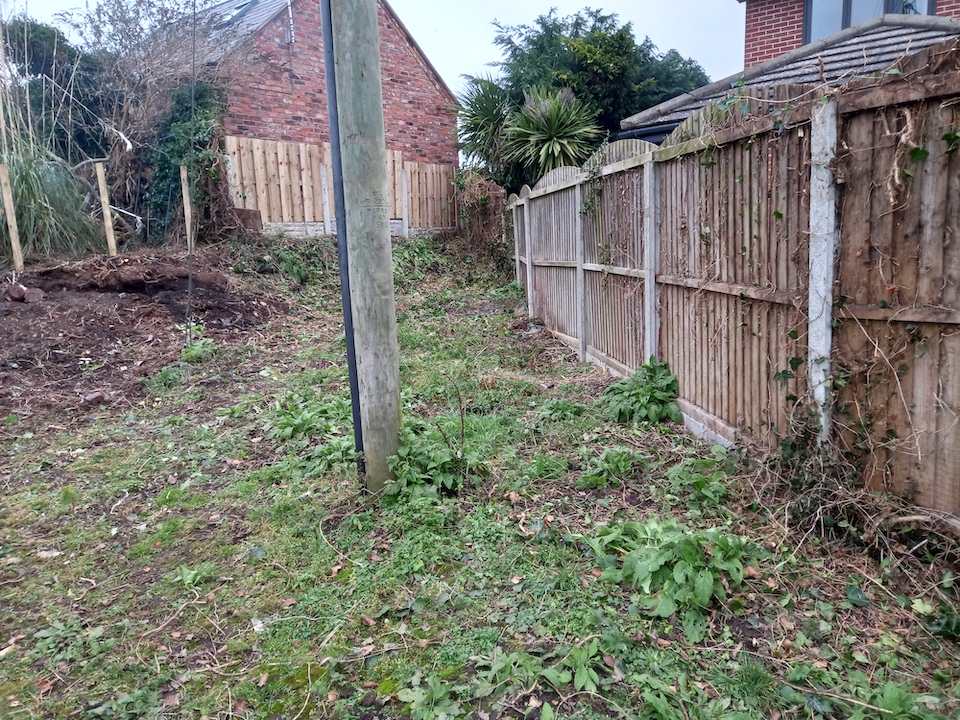 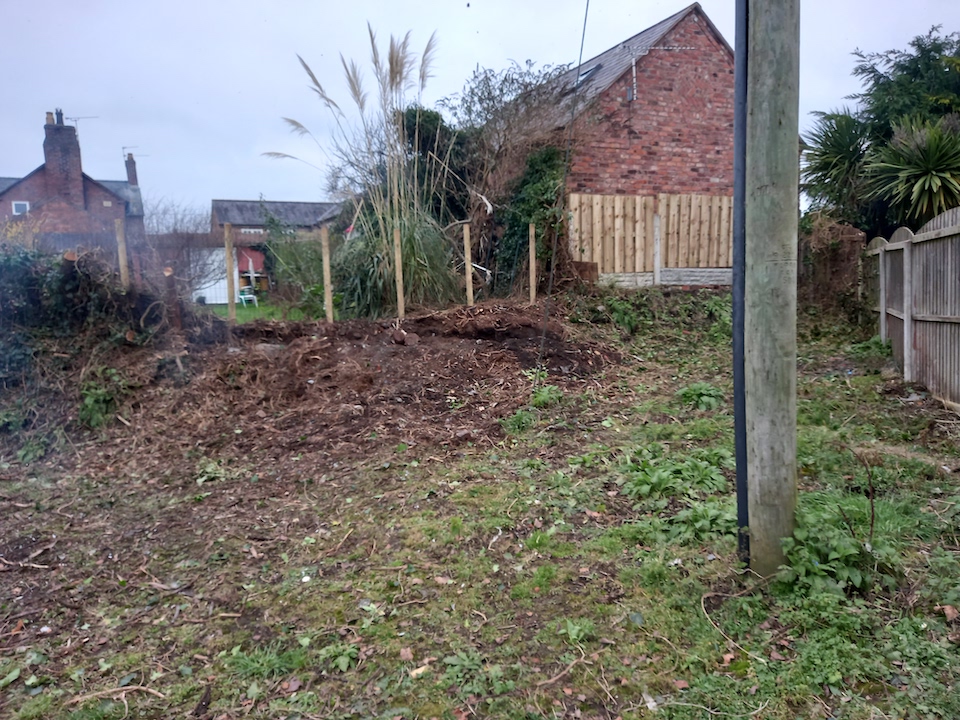 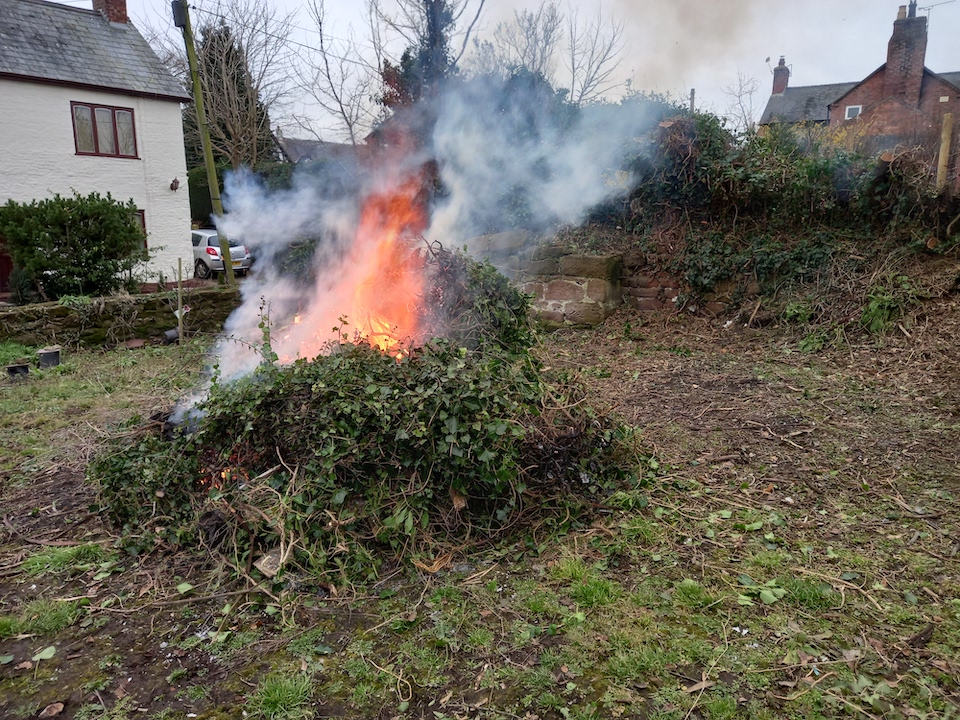