Photo Article: Lia Thomas wins another swimfest and what her fellow women swimmers feel about her cheating

Lia Thomas is the“woman” swimmer who was a man until two years ago and so naturally is winning all sorts of college competitions. The real women who she beats do not dare speak out about this farce as that would be deemed transphobic and thus risk them being cancelled and shunned. But the photo below from the winners podium shows what they really think. As ever, George Orwell foresaw this sort of nonsense in 1984:

“The party told you to reject the evidence of your eyes and ears. It was their final, most essential command. His heart sank as he thought of the enormous power arrayed against him, the ease with which any Party intellectual would overthrow him in debate, the subtle arguments which he would not be able to understand, much less answer. And yet he was in the right! They were wrong and he was right.“

Inthis case the party is the liberal GroupThink that has seized control of the media and academia. As Orwell put it:

Lia Thomas paints HIMself as the victim here with folks like me being nasty and pointing out that he is “all about me” and has or had a penis so is not a woman. But the real victims are the women who have trained all their lives and who share this podium being robbed of the medals they so richly deserve.

If one follows the logic of Lia then a chap can identify as a woman and within two years be inthe rindin a women’s boxing contest beating a woman senseless.  If you are Lia and consistent you have to view that as fine and dandy. If you don’t think that is fine and dandy you must,logically, be chucking Lia out of the pool too.  But try posing that hypothetical example on a campus near you and watch your career go up in flames. 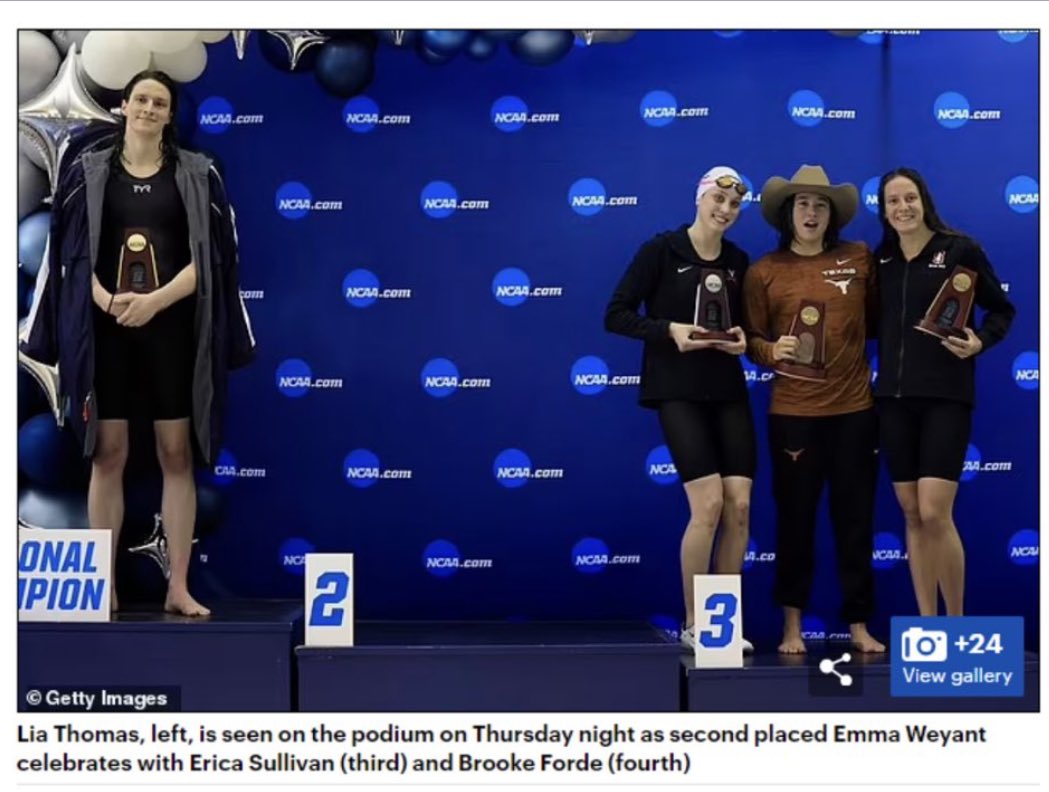