Photo Article from the Greek Hovel - for Uncle Chris, the global warming is still here

When he was alive, this was an annual ritual. Now Christopher Booker is in a better place, there is no reason for this to stop. The photo is of climate change, or rather, the lack of it, here in Southern Greece.

I was considering this theme last night, as my bedtime reading was a book of the letters between the Mani’s most famous resident, Paddy Leigh Fermor, and his friend, Deborah Mitford, the Duchess of Devonshire. In one letter from 1990, just before the global warming hoax era, Paddy describes how he and his wife had completed their olive harvest, and that it was a poor year.

2021 was a poor harvest, as it was a very dry year.  Here, we have good harvests and bad harvests – that is the way it has always been. We can only describe a harvest as bad and cite a reason, such as a lack of rain, because we can compare it to a good harvest when we have enjoyed rain. It has been that way for thousands of years. It is only since the mid-nineties that man’s conceit links a poor harvest to those who drive Chelsea Tractors thousands of miles away, or coal-fired power stations in India or China.

For what it is worth, this year looks like it will be an average harvest. After the dry summer – cited as a sign of global warming and a warning of droughts for years to come – we had a very wet Autumn, meaning overall 2021 rain levels were about normal. Not that the BBC and others in the mainstream media, who had jerked themselves off on last summer’s forest fires, reported that fact, since it does not fit the GroupThink narrative. But I cannot deny that the trees took a beating last summer, so they will take another year or so to really get back into their stride.

Meanwhile, the photo I always sent to Uncle Chris is below. It is of the high Taygetos and came after Joshua’s first sea swim in the middle of April. I stopped the car to snap away as we drove home up the road towards Kambos, wishing that we could, as we do in summer, stop by a fig tree on the side of the road. The white stuff on the higher peaks is global warming, or as we used to say, snow, still clinging on as summer approaches – as it always has done at this time of year. 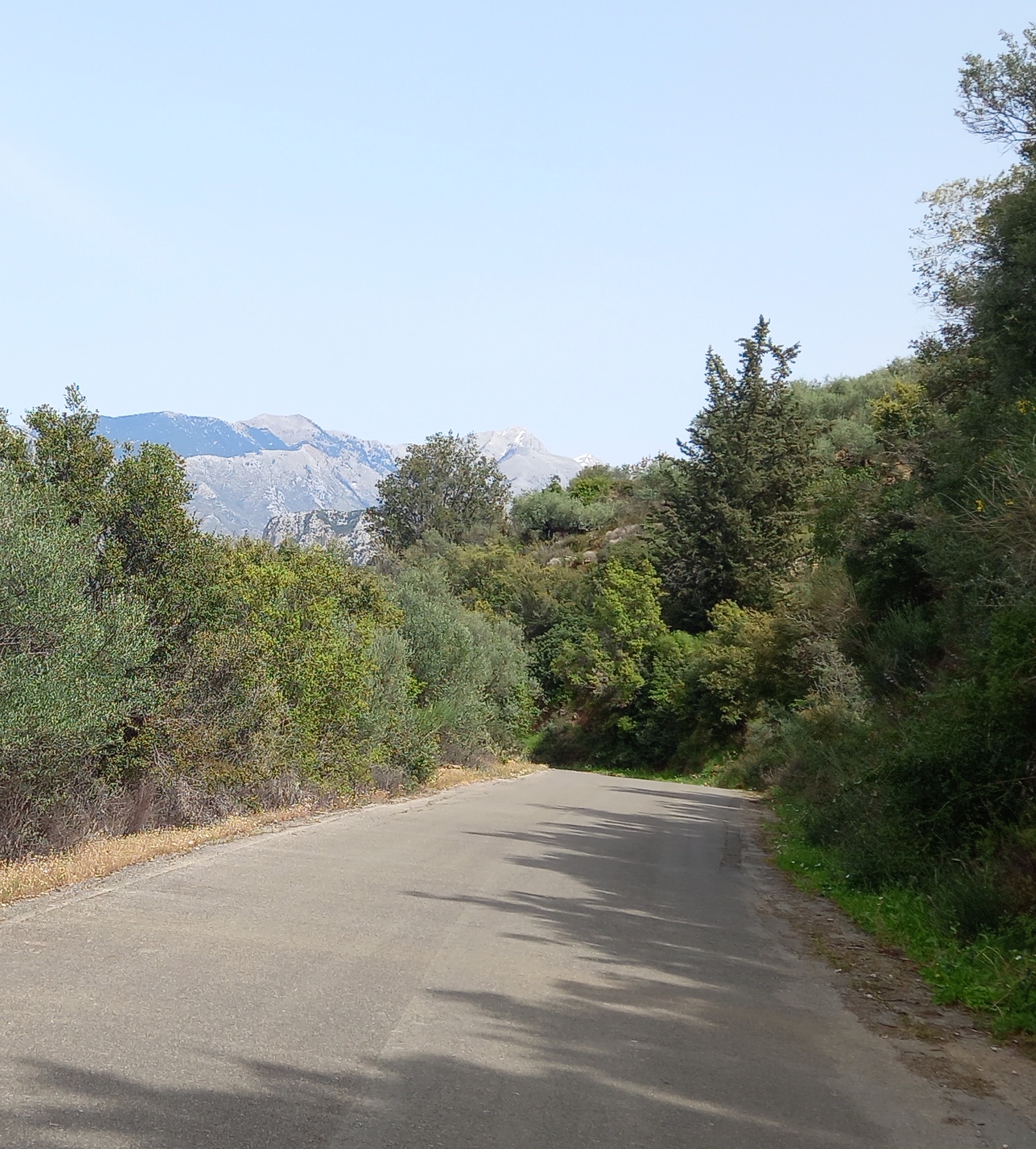