The sprawling massd you see before you are the two butternut squash plants I put down earlier this year which seem to have merged into one. Behind them lie half my tmatoes and under the white netting winter cauliflower and cabbages. I hope that the last of the cabbage whites will soon bugger off and I can remove the netting allowing my plants to shoot higher. Underneath the squash foliage I have, so far, found five squashes but there may be more. The first two picked are shown below.

The good news is that a butternut squash will survive for 1-3 months in the larder so there is no rush to use them all. 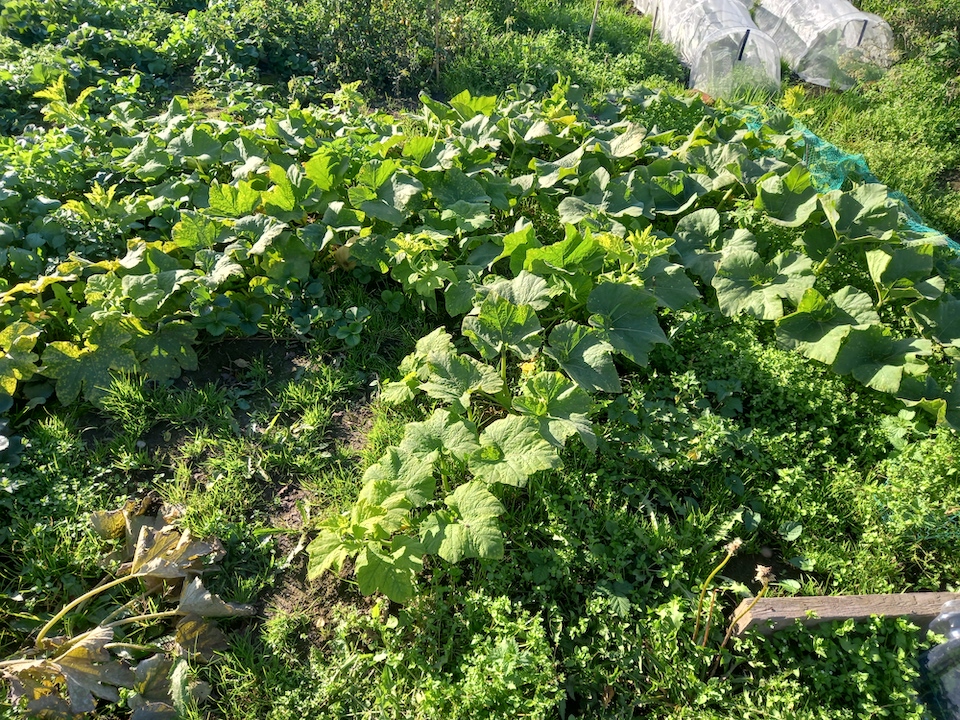 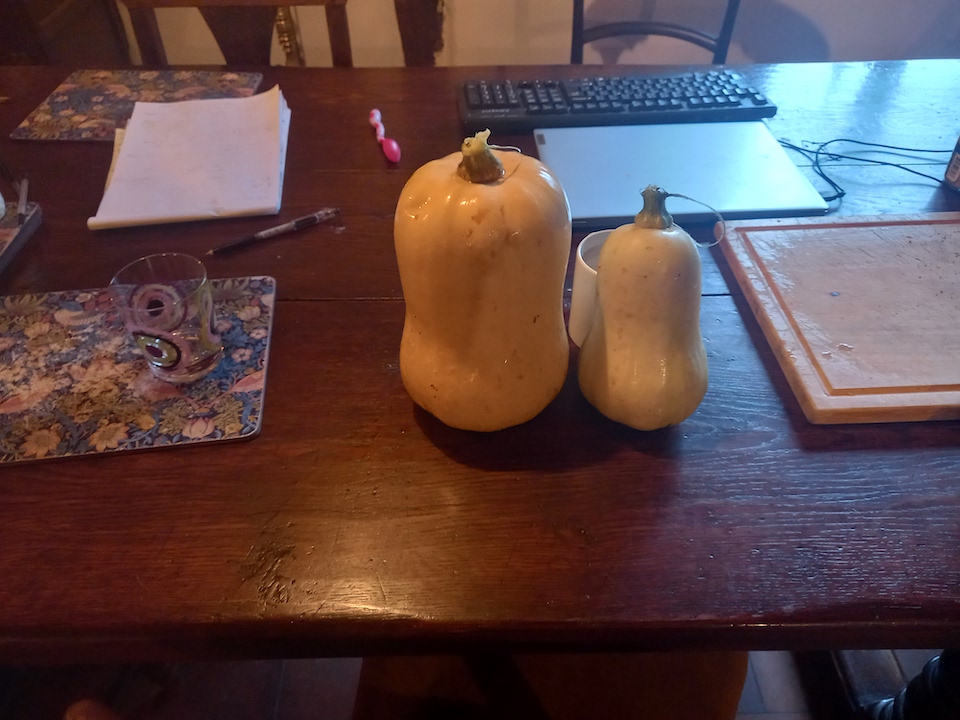 However, they make a great soup.The smaller of the two shown above combined with three small onions, 900 ml of stock, a clove of home grown garlic and a home grown dried chill to make a cracking soup. On top I poured some soured cream and there were small lumps of fried cooking bacon as a side meal. Perfect. Without wishing to sound like some mean hearted Tory MP railing on about food banks, a family of four was fully fed with the small butternut squash and the total cost of the meal ( including the bacon and the squash plants) was, less than £2. 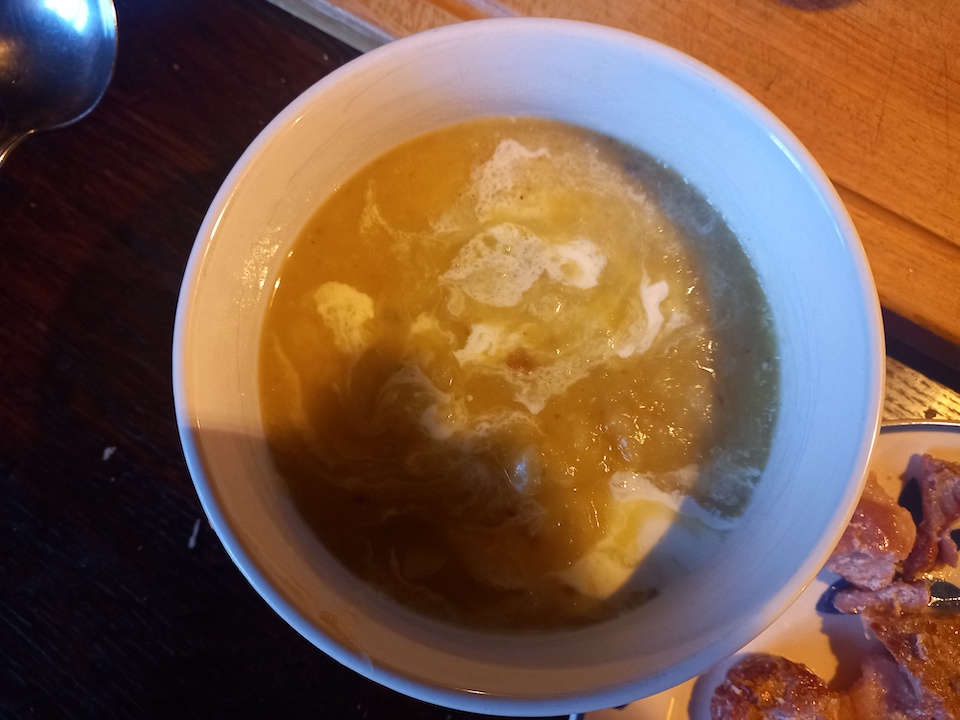