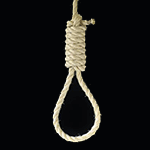 And the political classes, the folks living inside the Westminster bubble, wonder why the other 99.9% of the population think that they are scoundrels beneath contempt?

Earlier this year C4 stung Lord Malcolm Rifkind and Jack “I love illegal wars” Straw getting both to admit on camera that they would lobby for cash. I quote that good socialist Straw on camera:

I got in to see the relevant director general and his officials in Brussels …  and we got the sugar regulations changed,” he said. “I mean … the crucial thing about this, it’s all, it’s public that the regulations have been changed, but the best way of dealing with these things is under the radar”

If you or I behaved in this way in the private sector we’d be out on our ear. But instead the Parliamentary Standards Commissioner has cleared both men – although admitting there were minor lapses of judgement. But it had slammed the media outlets (C4 and the Telegraph) that unearthed this filth. The poisonous little Straw has followed suit laying into the media this morning.

Well heck chaps, keep it in the club, play by your own rules but please do not be surprised if out in the real world 99.9% of the population view folks like Rifkind and Straw as complete and utter wankers of the highest order. The noose is too good for both of them.