Guardian writer Monisha Rajesh calls for assassination of Donald Trump - will the liberal rag fire her?

After the Socialist MP Joe Cox was murdered by a mentally ill man the left wing Guardian Newspaper was quick to blame and condemn right wing Brexit campaigners who it claimed - with no evidence at all - had prompted this act. So what is its take on the tweet yesterday from Monisha Rajesh,a writer on travel matters who the Guardian uses regularly. She thinks that President elect Donald Trump should be assassinated.

Monisha has now deleted her tweet and protected her account but the screenshots are out there as you can see below. Will the Guardian show consistency and fire Ms Rajesh? Or does it think that it is okay to suggest that killing politicians, who have just picked up 59 million votes in a free and fair election, is acceptable if they happen to be right wing?

Free speech is something one should fight for but ihcitement to murder is not acceptable. Come on Polly Toynbee you remember what you wrote after Jo Cox died don't you? Now, how about 400 words on why Monisha must be fired? 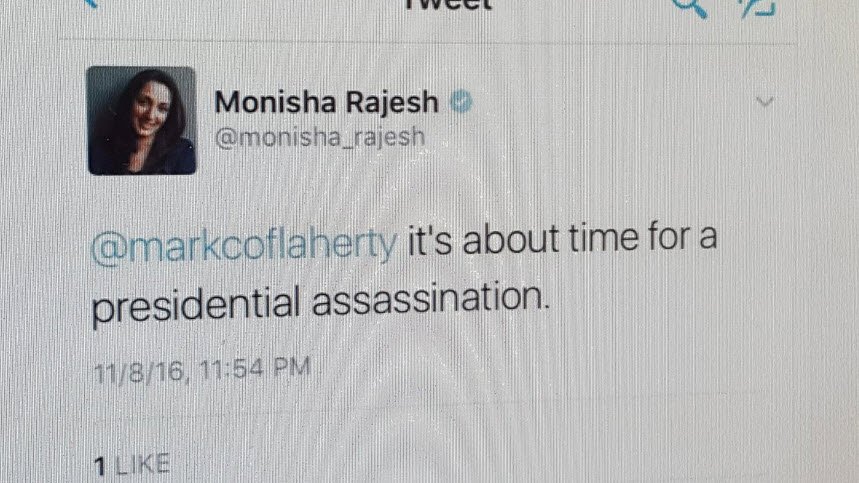