Photo Article: The Snow in Greece falls not only in the North

I gather from my father, Darren and the Mrs that it snowed a bit in Shipston, London and Bristol today. It was snowing in Metsovo this morning and the fields on the Anelion side of the vallet were all white. But in case you think that the snow falls only in the Northern Pindus mountains, have a butchers at this photo taken from the Northern side of the Gulf of Corinth at Patras. The bridge across the gulf is pretty spectacular but look on the other side. That is the Pelopponese.

I am now at the southern tip of the Pelopponese (and thus of mainland Greece) but it is too dark to see the Taygetos Mountains that loom over the Greek hovel. But they too will be covered in snow. More on that tomorrow. 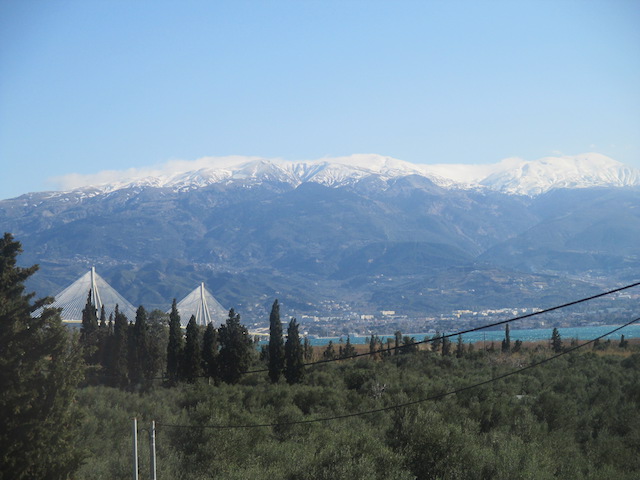