Listen to the mainstream press and, natch, the real victims of the Manchester terror attack are the poor Muslims of Britain who - the liberal media rushed to assure us - are set to suffer a barrage of hate crime. So far Katie Hopkins has been reported to the Met 934 times for tweeting so that the "real victims" can rest more easily. Sod the 22 kids and teenagers who are dead or the dozens lying injured and maimed in hospital. Sod their families, C4 News rushed off to Manchester's "Curry Mile" to meet the real victims, as you can see below.

Of course, and for the avoidance of doubt, hate crime is a crime and is wrong. But the real victims of this attack are those who got blown up by a bomb. Surely even the metropolitan elitists can see that? I think not. Over on the BBC the Regional News had some pompous bitch on who it turns out is our local Police & Crime Commissioner. The BBC asked if there was a call for tougher measures to make us all feel safer. Good point. How about we deport some former ISIS fighters? The Police & Crime Commissioner replied that "hate crime will be treated with zero tolerance." Does this ghastly creature not realise what the real threat is, a threat that leaves folks of all faiths and races fearful for the world we live in. It is not Kate Hopkins it is ISIS!

Back to C4 Fake News. Pompous and plump elitist Krishnan Guru-Murthy was interviewing various members of the local Muslim community who were - to be fair - overwhelmingly reasonable. They - unlike Krishnan appeared to recognise who the real victims of this attack were. Among those interviewed was this woman below wearing a niqab with the word LOVE on its front. But look carefully, The L is a pistol, the O is a grenade, the V is a knife and the E is a machine gun. How very tasteful. What message was that sending out and why did Channel 4 feel it was right to broadcast it?

C4 News has a chilling reputation for running fake news, for attacking those on the right with bogus smears and for just plain old shoddy journalism. I am not sure where thus fits in to that pattern but one hopes that it brings the day that C4 News sees its entire editorial team fired, that little bit closer. 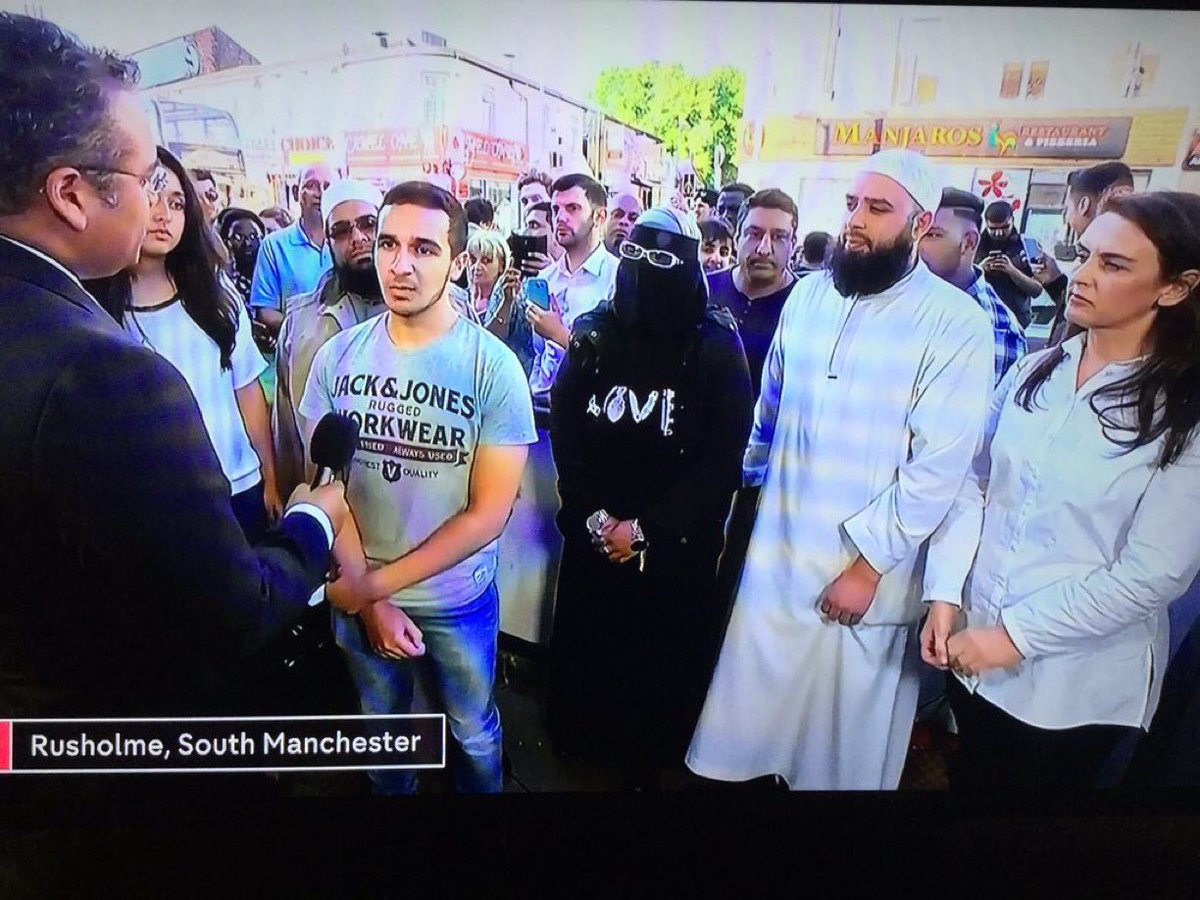