All journalists have opinions. None of us can be truly impartial as we have our own views and prejudices. If you are a columnist, that is to say you write opinion that is why you do what you do. The views of Polly Toynbee, George Monbiot and Owen Jones are well known. They are Big State money tree worshipping lefties and argue that line. On the other side Mark Steyn, Melanie Phillips or Peter Hitchens take a different tack. I do not hide my own libertarian take on life. But none of the above are reporting news and when doing that your prejudices do matter. You should bury your on news when reporting FACT.

Channel 4 News is the UK's biggest fake news reporter. It openly detests Trump, happy to make up quotes to support its thesis that he is a racist, is violently anti Brexit and massively anti Tory. And that has led to it NOT reporting or really taking to task certain issues relating to parties or issues it supports but time and again simply reporting fake news about issues or folks it opposes.

I do not think that its ageing anchorman Jon Snow or most of his colleagues actually want to report fake news. Kylie Morris, the Trump bashing correspondent is different, she is clearly happy to make things up to support her case, or rather that of her beloved Dems. But the massive prejudices of the UK based team just mean that they are prepared to take on trust sources who have "stories" that support the platform of the liberal metropolitan elites. All too often that leads to fake news reporting. It also leads to C4 running utterly unbalanced panels of "experts" to discuss a given issue and to some very dubious story selection.

So what is the tweet? It has now been deleted and the user has locked down his account but it refers to Snow's pilgrimage to hear the Messiah preaching to the faithful at "Glasto." Quite simply Snow hates those of us on the right with with a visceral passion. That spirit runs throughout the team at C4 News and that is why its news is so often fake news. 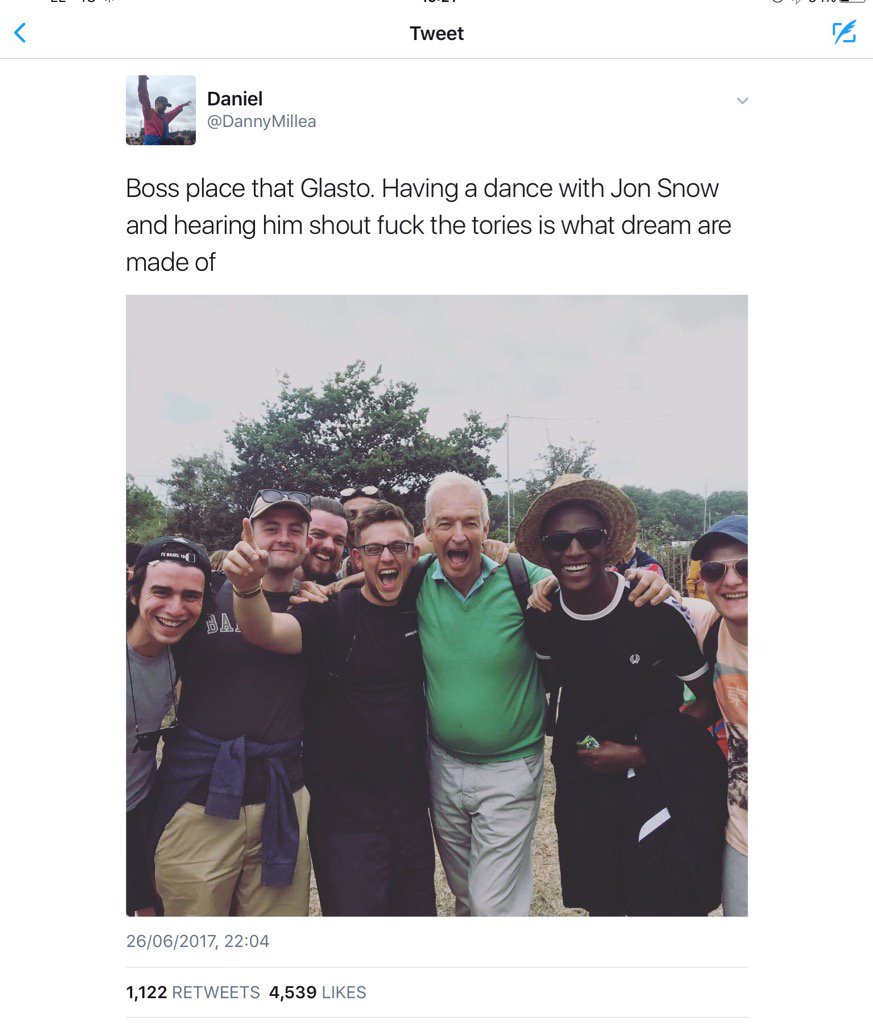