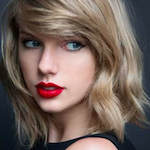 In New York and the liberal coastal cities they are having a twitter wankfest as pop star Taylor Swift has come out as a Democrat and intervened to tell voters how to vote in the Tennessee Senate race. Of course all those endorsements from multi-millionaire celebs, Hollywood perverts and airheads helped crooked Hillary Clinton to the White House didn’t they. But the Tennesse race is meant to be tight.

The incumbent, a fairly useless old Republican Bob Corker is standing down so helping to make the GOP in Washington a bit less swamp like and a bit more Trump like.  So the GOP is running with congresswoman Marsha Blackburn the Dems with former Governor Phil Bredesen.

The last time the Dems won this Senate seat was when Al Gore won the seat his daddy left him in 1990. But that was a family throwback to the old south when white Democrats always won. The state has been pretty solidly red ever since.  But the polls early on looked good for Bredesen even though some of his views are a bit too “progressive” for some in the party. He is the sort of chap who wants higher taxes not tax cuts.

Here are the last five polls

The trend in many state polls since the Democrat hit job on Brett Kavanaugh has been a small shift to the Republicans.  And in a state that is fundamentally Red you would hope that the core vote would be strengthened in its resolve to turn out by the antics up in the Democrat swamplands of DC.

But maybe Taylor Swift will change all that.  The average worker in Tennessee takes home just $33,954 after tax. Swift wants a Senator who will increase not cut taxes.  Swift is worth $280 million according to Forbes.

Am sure Marsha Blackburn is quaking. Not.